The short-term Elliott wave view in AUDUSD suggests that the decline from January 13, 2022 high unfolded in 5 wave impulse sequence & showing a bearish sequence favoring further downside in the pair. While the decline to $0.6962 low has ended wave 1 in a 5 wave impulse sequence. Currently, the pair is correcting the cycle from 1/13/2022 high in wave 2 bounce. And expected to extend higher for another leg higher. The internals of that bounce is unfolding as Elliott wave zigzag correction. 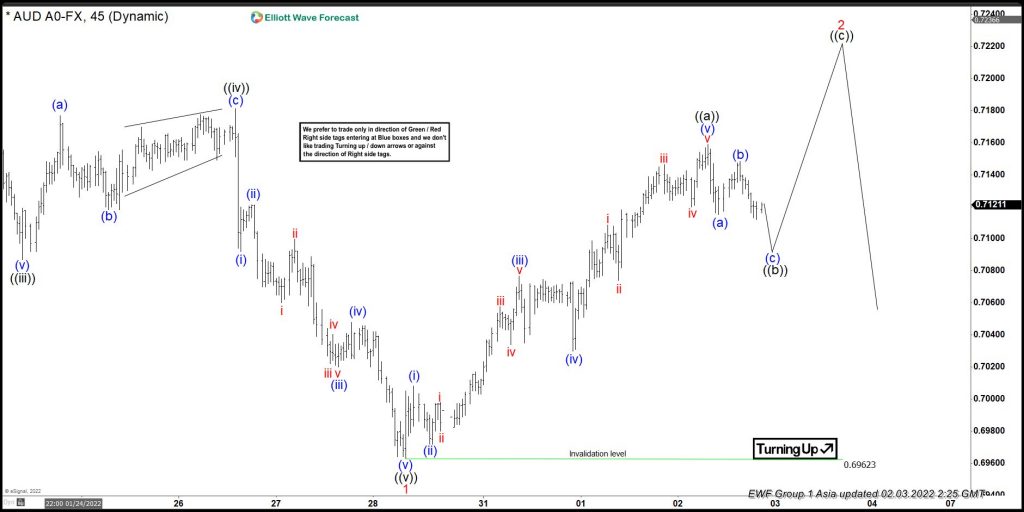