Pair is currently correcting cycle from June 18 low within wave B. The internal of wave B is unfolding as a double zigzag Elliot Wave structure. Down from 76.28, wave ((w)) ended at 75.4 as a zigzag. While wave ((x)) bounce fails below 76.28, pair has scope to extend lower within wave ((y)) as another zigzag structure before ending wave B. Afterwards, pair should resume higher again. We don’t like selling the pair and expect buyers to appear and dips to be supported in 3, 7, or 11 swing as far as pivot at 73.9 low stays intact. 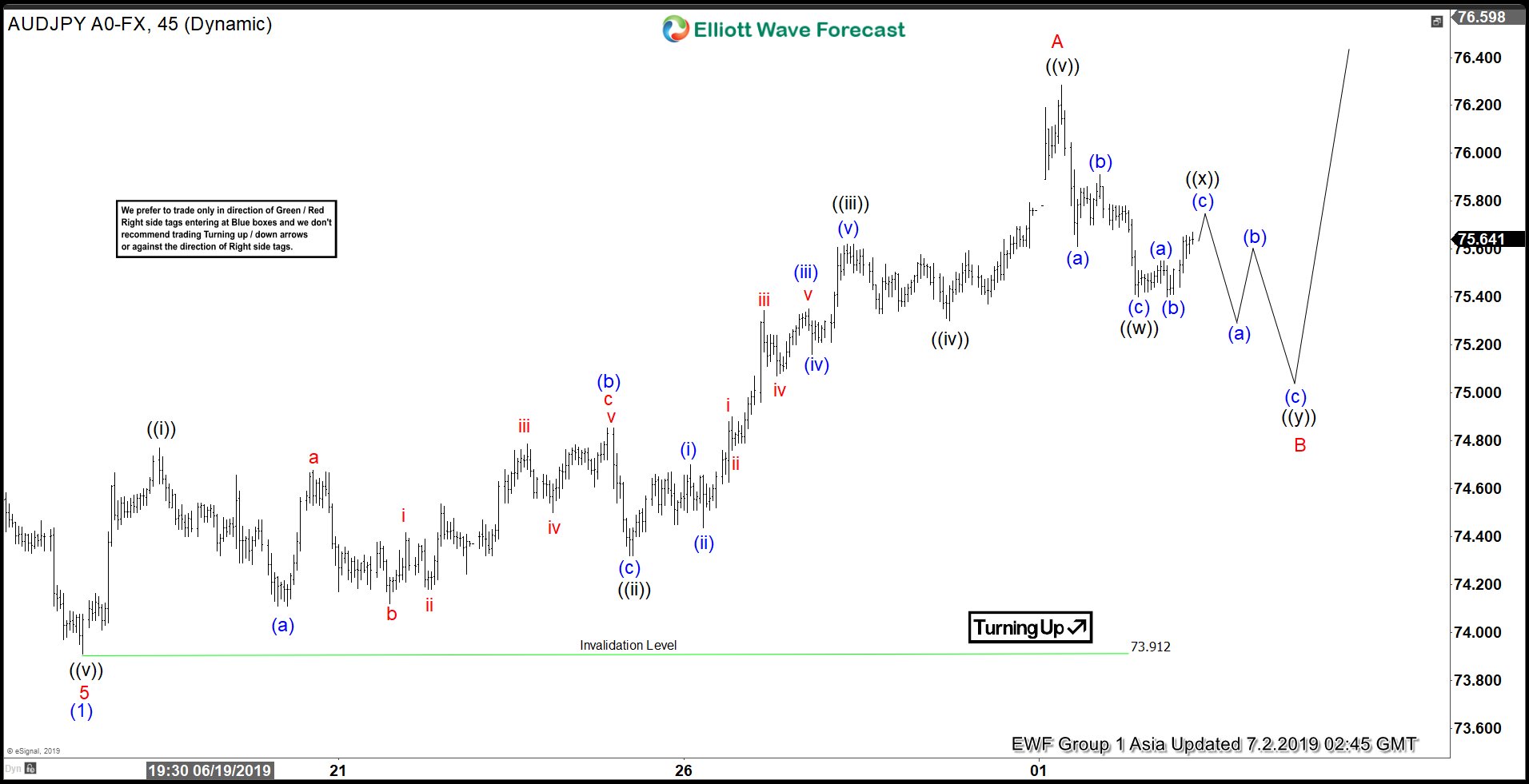