Over the next few weeks Japanese Yen strength should drive prices of AUDJPY lower within  a downward sloping channel. The current incomplete Elliott Wave structure also supports this expectation of further downside.

In this article we’ll explore the basics of the current wave structure and its parallel channel. This combined analysis charts a great area to look for AUDJPY to bottom in a measured area. Traders can use this projection to go long the Australian Dollar vs the Japanese Yen.

The Model of the Double-Three Elliott Wave Corrective Structure 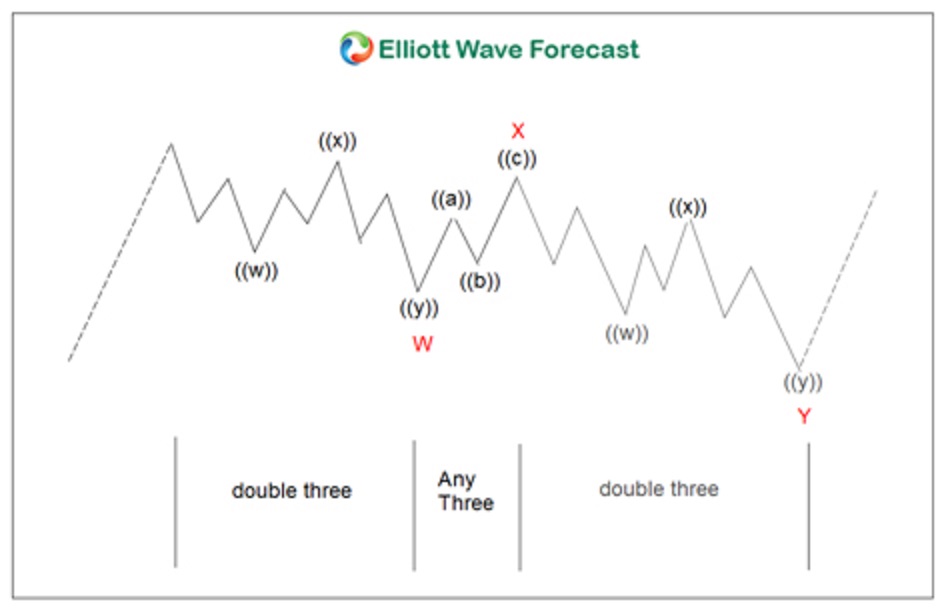 Generic View of a Double-Three Correction

The Channeling and Measured Moves of Corrective Waves

It is often an observation and even an expectation that the corrective price action in any financial instrument will oscillate within a parallel channel. In the chart below for AUDJPY we observe this very  phenomenon. These channels can also help traders target an end to the overall structure.

Another simple yet invaluable tool employed by EWF analysts to target the end of corrections involve what are known as “Measured Moves” or “Equal Legs”. These observations are nothing more than symmetrical measurements in the larger degree corrective wave labels. I.E. 1:1 measured moves between the two corrective waves that move in the same direction. 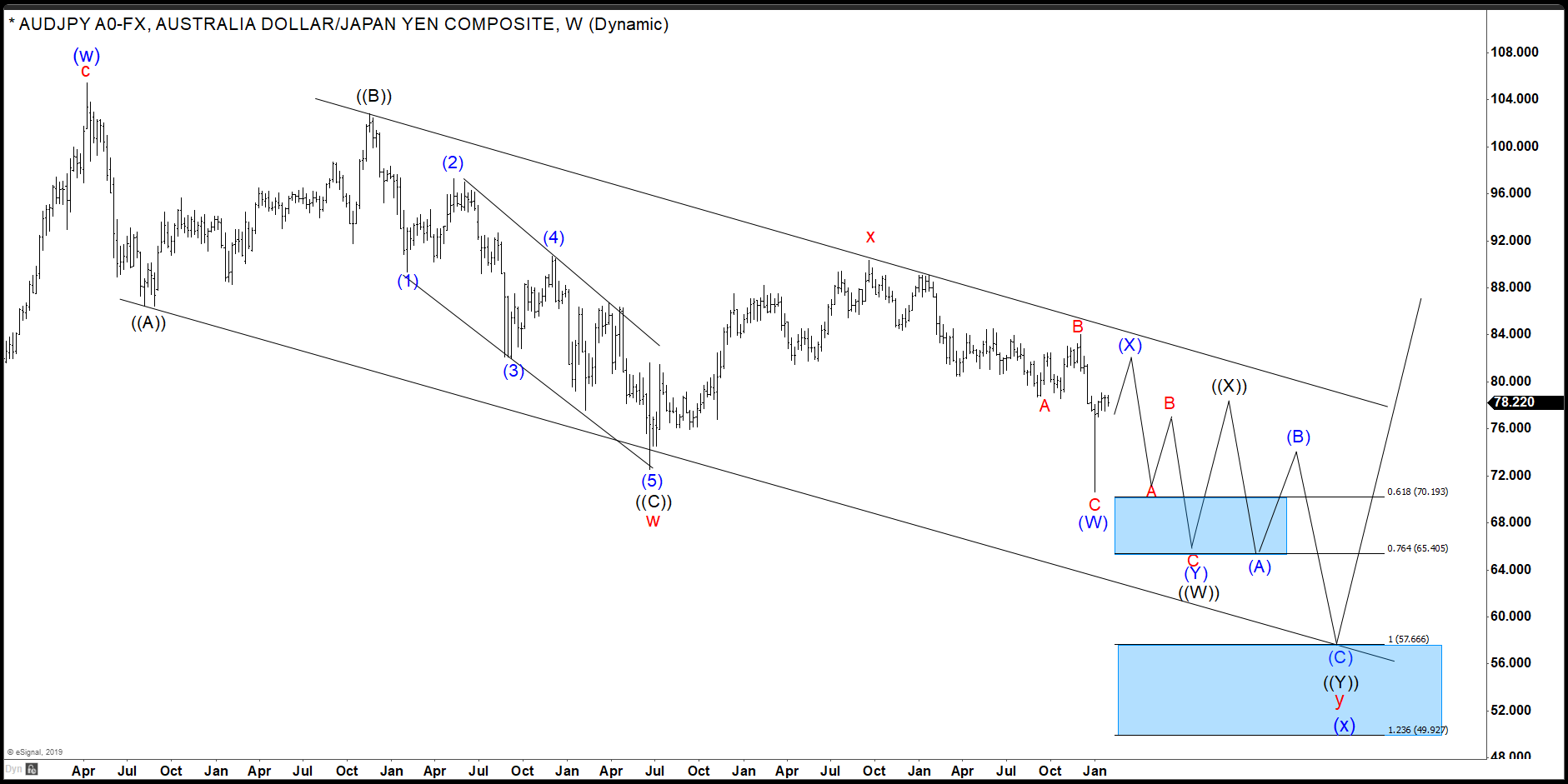 Confidence is high that AUDJPY is headed for further swing declines in the intermediate term toward the measured level near 57.70. Shorter-term traders should look for selling opportunities to exploit this expected downside target.

Certainly the analysis above suggests positional traders prepare to go long in the blue area. This area highlights an intersection between the measurement of equality and parallel channel line bottom. Since the price action to the downside is overall corrective in nature the upside will be tremendous. Furthermore the upside target is tremendous if the 57.70 area triggers the long. The minimum objective lies above 100.00.

Also, to Learn how to do similar simple analysis on your own check out our current educational discounts here.