The Dollar Index (DXY) continues to be firm and rallies higher since Dec 31.2019 low. Near term, it still has scope to extend higher towards 98.3 – 98.59 area which is the 100% – 123.6% Fibonacci extension target from December 31, 2019 low. From the above area, it’s possible larger 3 waves reaction against US Dollar can happen. Several US Dollar pairs however have already reached the minimum target. Thus, it’s getting riskier to chase the US Dollar strength at this stage. We will look at several US Dollar pairs below: 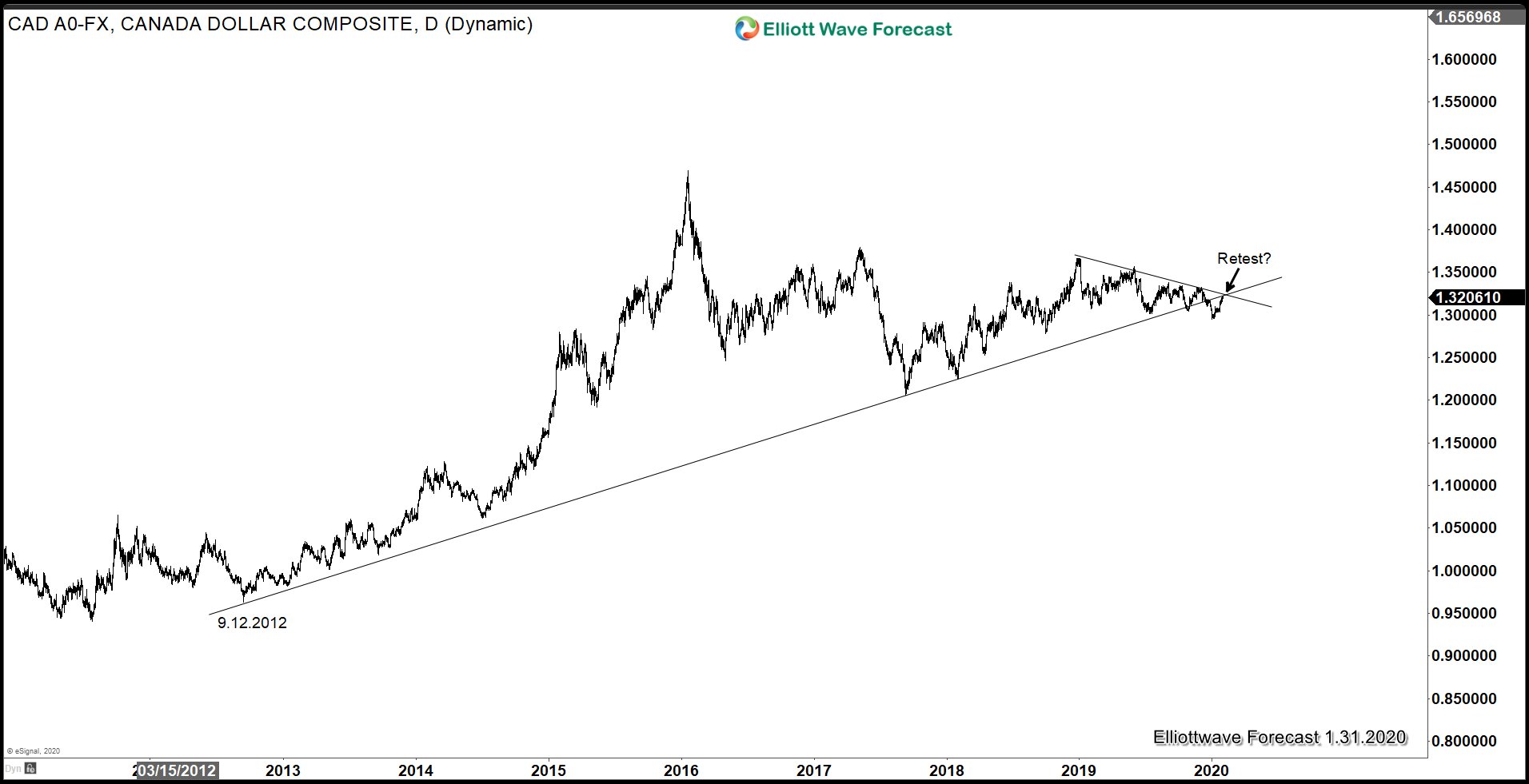 Looking at the simple trend line analysis, USDCAD broke below the rising trend line from Sept 2012 low and now rallying to retest the broken trend line. In addition, it’s also at the upper channel of the descending trend line from 5.31.2019 high. If pair is unable to break above, then it’s possible we could see pair turning lower soon or at least pullback in 3 waves. 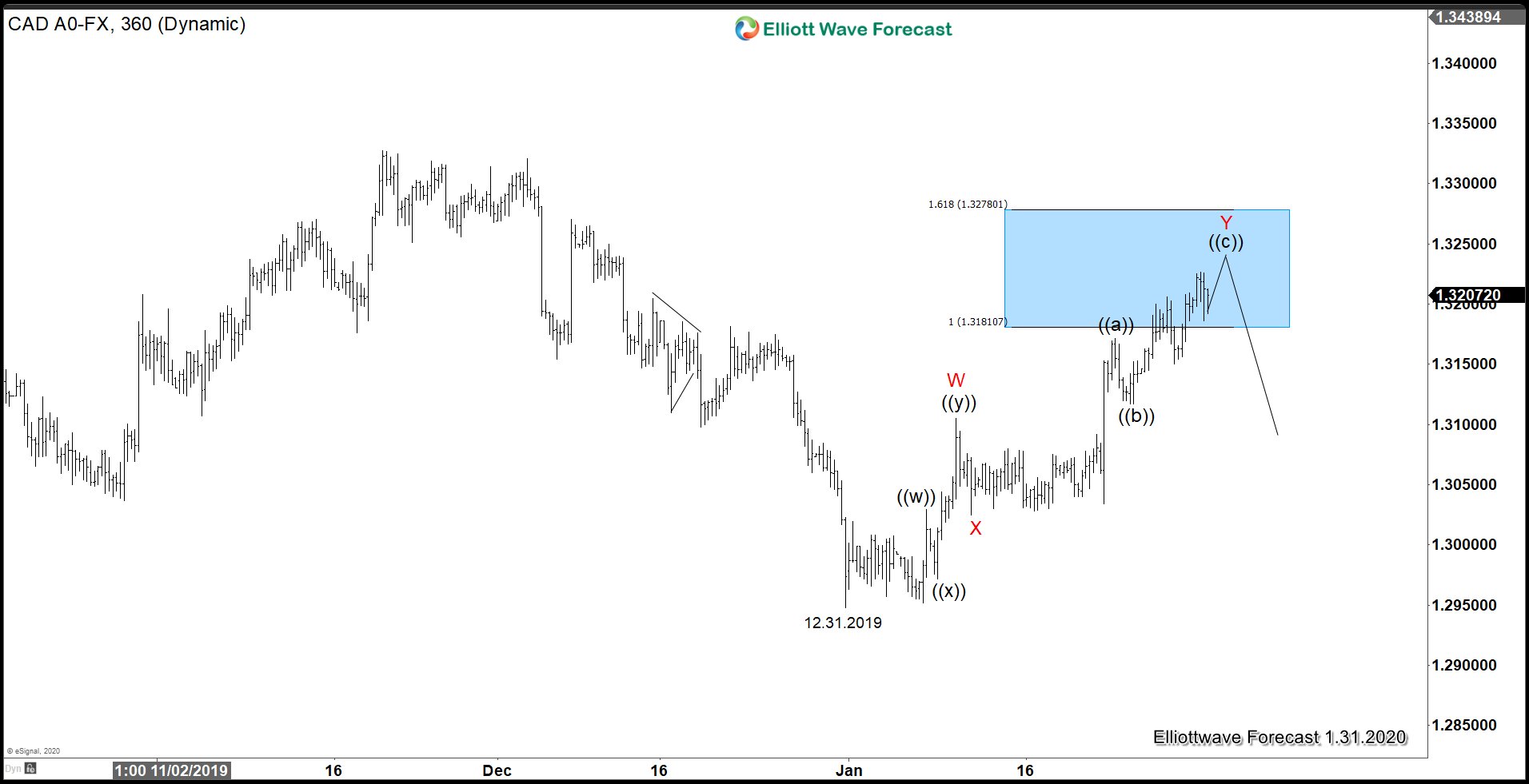 A partial USDCAD Elliott Wave chart above shows the pair has reached the minimum target at the blue box which is the 100% extension from 12.31.2019 low. We can label the rally as a corrective double three structure. If we combine this observation with the long term trend line above, it’s possible to expect the pair to at least react in 3 waves lower as far as pivot at 1.338 high stays intact. 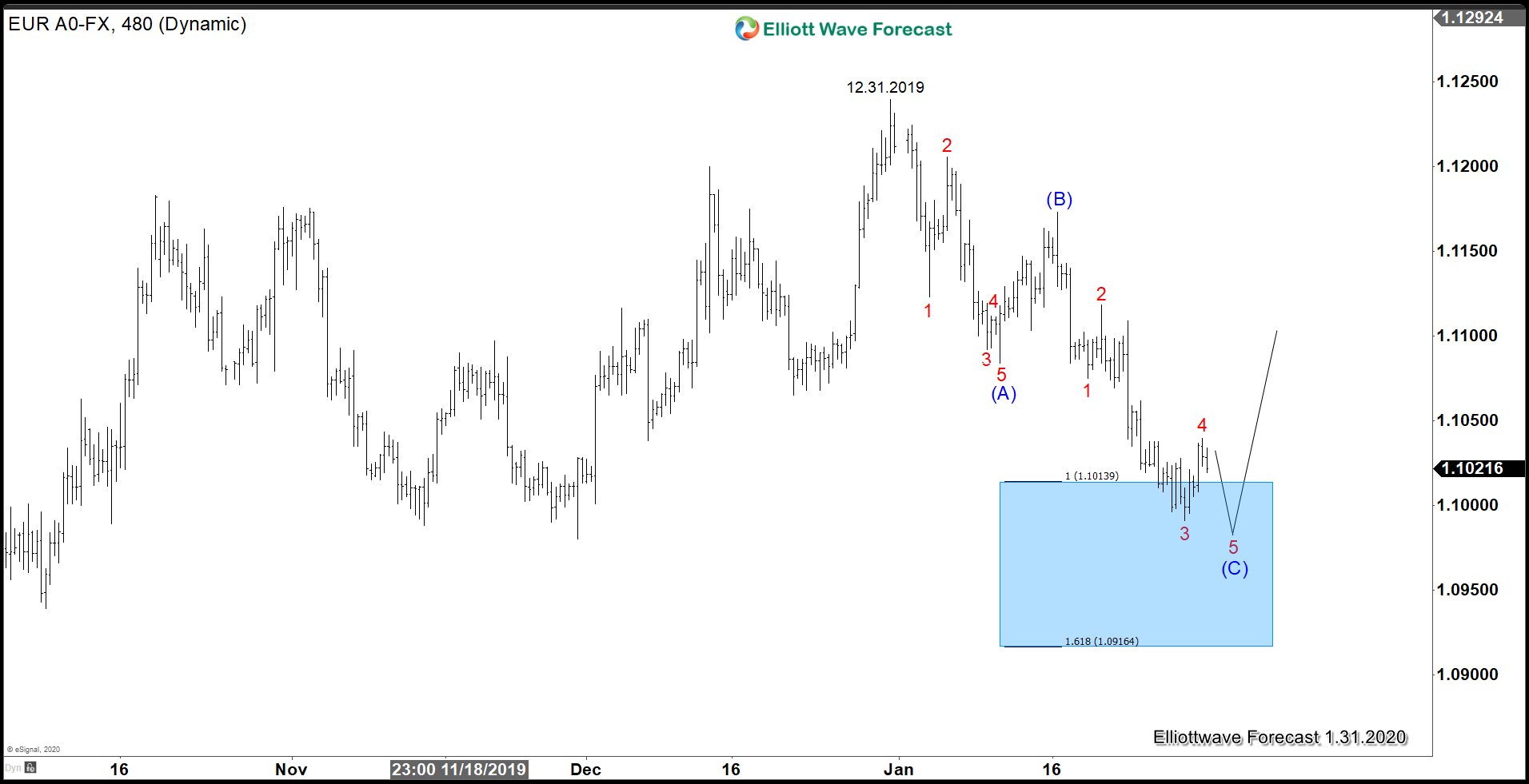 A partial Elliott Wave count on EURUSD above also shows the pair has reached the minimum 100% target in 3 waves from 12.31.2019 high. Although another extension is still possible in the shorter cycle, but as long as the pair doesn’t extend below 1.0916, then it can potentially bounce in 3 waves soon at least. However, if pair extends to 1.091, then the entire decline can become a 5 waves impulse in which the pair is only doing wave 3 from 12.31.2019 high. 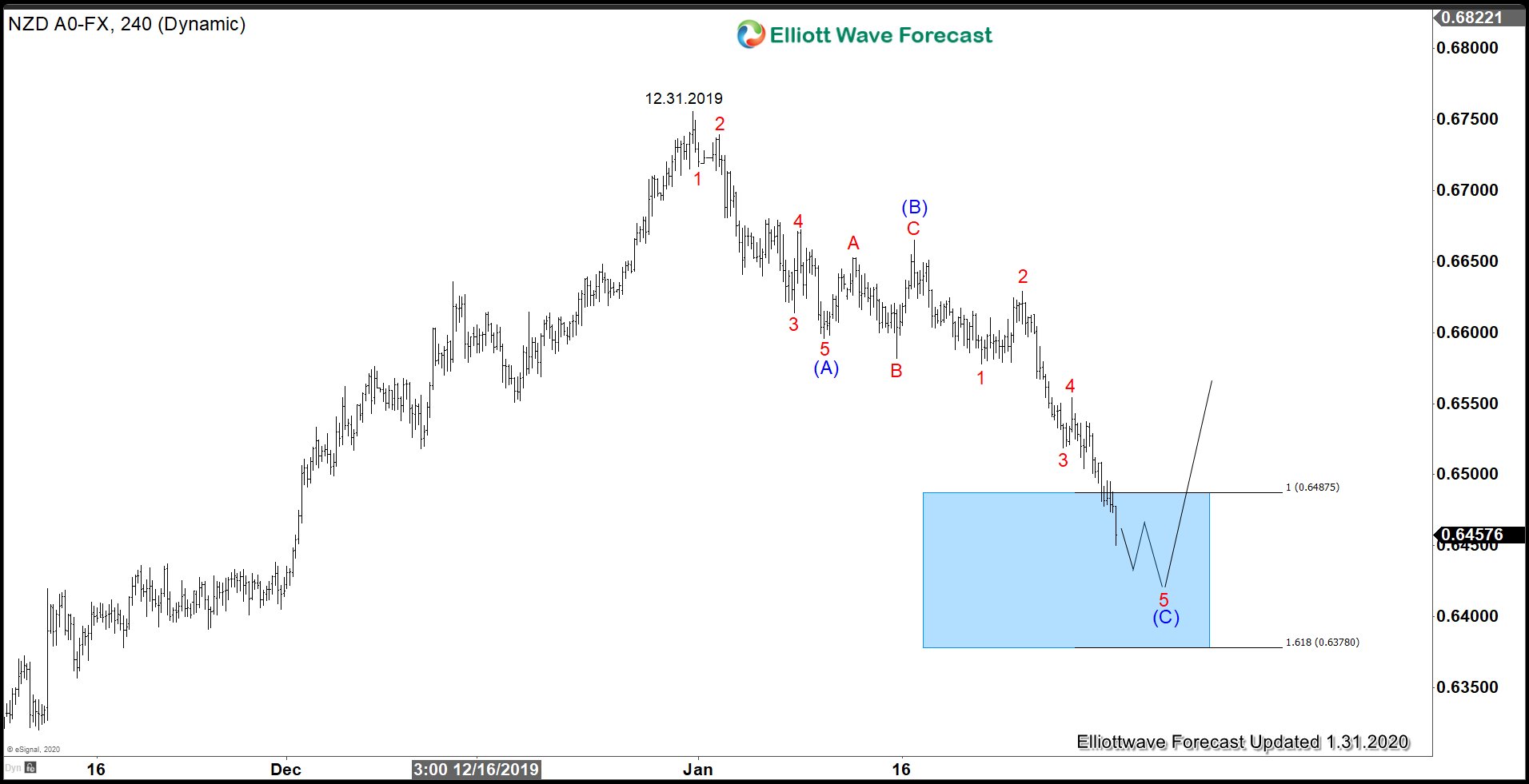 A partial count of NZDUSD above also shows the pair has reached the 100% area from 12.31.2019 high. If the structure of the decline is a zigzag, then pair can soon see 3 waves bounce as far as it doesn’t extend below 0.638. If it reaches 0.638, then the entire decline can become impulsive.

Conclusion: Looking at several USD pairs above, there’s a possibility to see a 3 waves reaction in US Dollar in the near term, provided that the 3 swing move in the pairs above does not extend towards the 1618.6% Fibonacci extension. If it does extend to 1.618 extension, the risk that the move extends as 5 waves in favor of US Dollar will increase.

For more updates on Dollar Index or other forex pairs, Indices, and commodities feel free to try our service 14 days –> 14 Days FREE Trial