The Federal Reserve has concluded its 2 days meeting and decided to hold rates steady. It notes that inflation is running below the target of 2% but can be due to “transitory” factors. 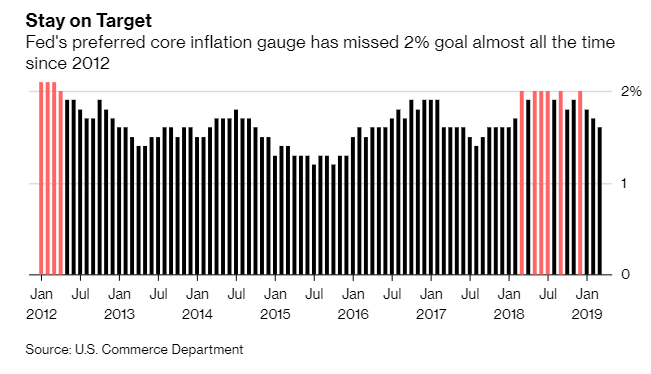 With this decision, the Fed also resisted the pressure to cut interest rate by the White House.  President Donald Trump has continued to attack the Fed several times. On Tuesday, he tweeted a series of post to put the pressure to the Fed hours after they began the two-day meeting. Trump suggested the Fed to cut interest rate by 1% and implement more quantitative easing. 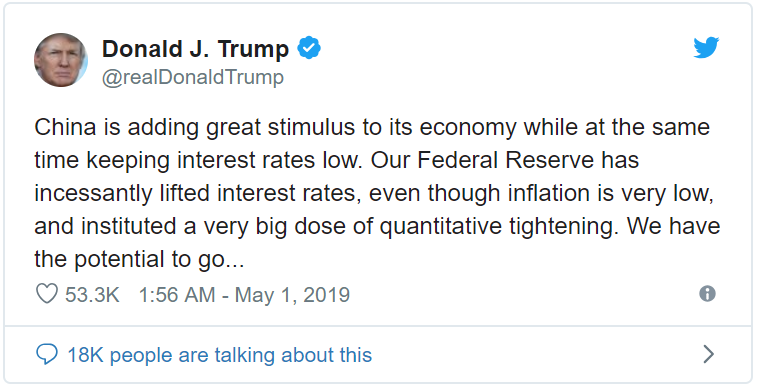 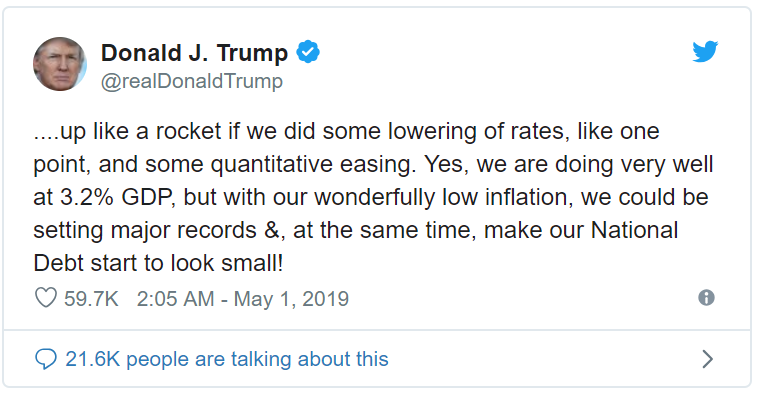 This week’s decision by the Fed affirms the March’s meeting outcome signalling no rate change for the rest of 2019. In the previous meeting, the Fed said low inflation, weak global growth, and tightening financial condition warranted a pause in interest rate hike cycle. The FOMC statement also mentions that it will be patient as it weighs future interest rate move. On the economic front, the Fed notes the economic activity “rose at a solid rate.”  The global risks which have caused the Fed to pause last year has moderated.

Market continues to bet on a rate cut, but the odds of it happening reduced after the Fed’s press conference. U.S. Dollar reacts favorably and starts to rally which is what we have been forecasting at Elliottwave-Forecast. 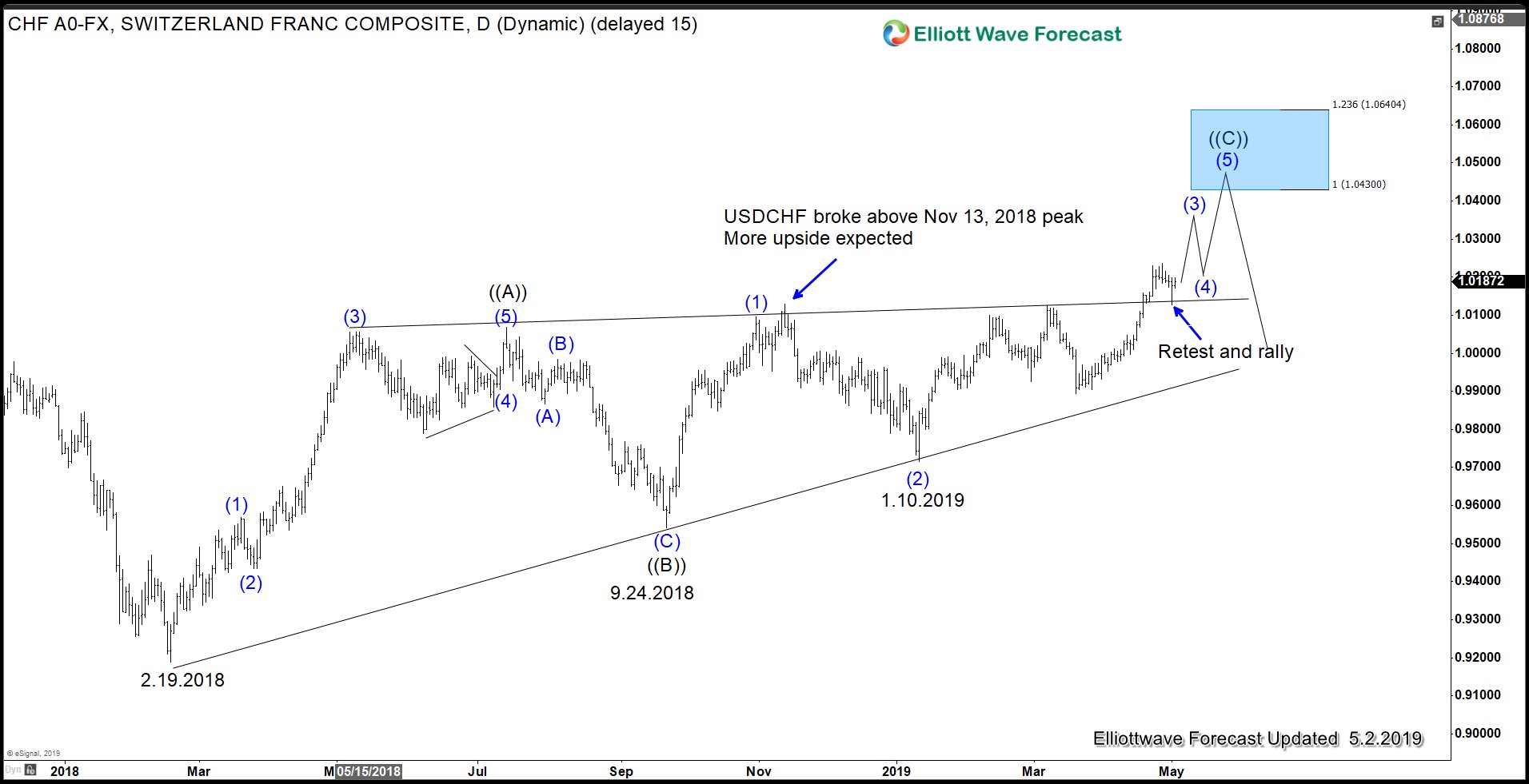 We have shown the chart above in our previous article “Strong U.S. GDP supports the global market and U.S. Dollar” USDCHF shows a bullish sequence from February 29, 2018 low favoring further upside. The pair has also broken above the wedge-like consolidation. Yesterday, it retested the breaking point of the structure and has since rallied again. It should continue to find support and has scope to reach the 100% area towards 1.043 – 1.064.

The chart above is the New York update to our members prior to the FOMC’s press conference. We told our members that dips should be a buying opportunity. The chart shows bullish sequence and right side stamp going higher, indicating our bias. We also place the blue box to indicate the area we expect pair to turn higher in 3 waves at least. The pullback in wave ((iv)) took the form of a zigzag Elliott Wave structure. We bought this dips in Live Trading Room yesterday and currently the reaction higher from the blue box allows us to move stop loss to our entry, creating a risk free trade.

As the chart above shows, the pair found buyers from the 100% extension area and has reacted higher. This allows us to move stop loss to break even and we don’t need to worry about the trade anymore. Near term, pair can continue to see more upside as far as pivot at 1.0125 low stays intact.

The Fed affirmed its decision to hold rates steady despite the pressure to cut. With no rate cut seems to be on the horizon for the rest of 2019, the U.S. Dollar enjoys another rally. The dollar can continue to find support as the yield differential between the U.S. and other countries stay the same or growing. Elliott Wave technical analysis on $USDCHF also suggests that the pair, and by extension the U.S. Dollar, can continue to strengthen.

Please note that market is dynamic and the view may have changed since the writing time of the article. To get the latest update, feel free to sign up to our 14 days FREE Trial and get the latest Elliott Wave charts in 78 instrument.