Jobs report for the month of June came above the expectation, tempering the hope of a Fed’s rate cut. June NFP (Nonfarm Payroll) rebounded to 224,000 after a disappointing 72,000 May figure. Unemployment rate increased to 3.7% while average wage gains increased less than expected at 3.1%. The gain however might not be enough to prevent the Federal Reserve to cut interest rates this month amid an evidence of slowing economy. Low inflation rate and a lack of substantive progress in the trade war between the U.S and China still pose a growing risk to the global economy. Trump’s administration has said that it will take time to get the right deal with China. In the meantime, current tariffs are still in place and the trade war has affected business confidence. These likely will be a deciding factor in the Fed’s rate decision this month.

The Fed is also under political pressure to cut the interest rate. President Trump in many occasions has repeatedly called the Fed to cut interest rates.

President Trump last Wednesday also accused China and Europe of manipulating currency to compete with the U.S. He suggested the Fed should do the same to match them.

The Fed last month gave a signal that it can ease monetary policy as early as July.  It also stands ready to support the economic expansion. The market trimmed the bets on rate reduction after the June job’s report to about 94%, but still expect a 25 basis point cut in July. US Dollar reacted higher after the report as it reprices the odds of a serious US economic downturn. 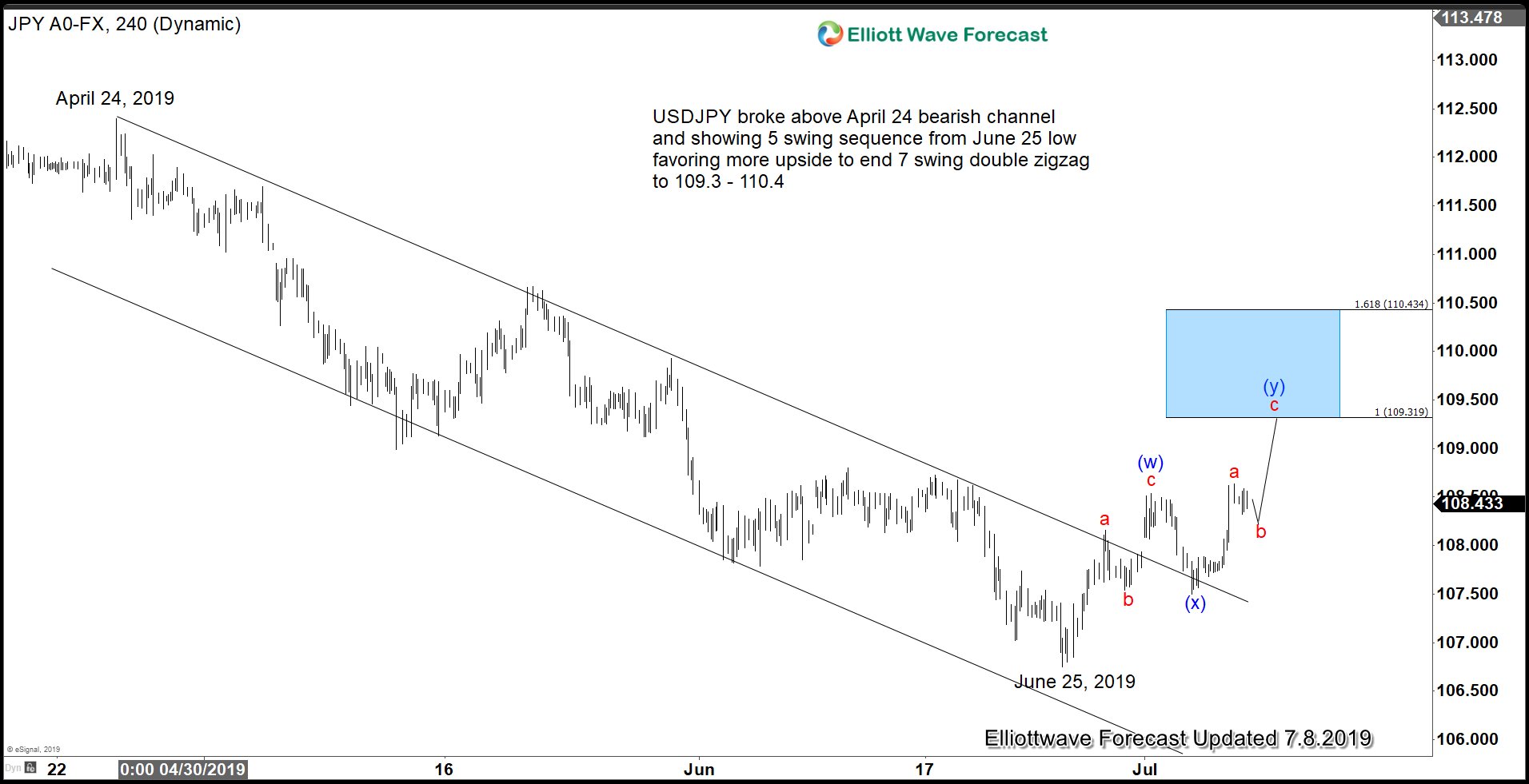 For further update on USDJPY or other forex pairs, stocks, and commodities take 14 days Free Trial without commitment.