Ripple provides global financial settlement solutions to ultimately enable the world to exchange value like it already exchanges information – giving rise to an Internet of Value (IoV). Ripple solutions lower the total cost of settlement by enabling banks to transact directly, without correspondent banks, and with real-time certainty of settlement. Banks around the world are partnering with Ripple to improve their cross-border payment offerings and to join the growing, global network of financial institutions and market makers laying the foundation for the Internet of Value.

When talking about Ripple (XRP), people often overlook the product that caused it to exist: the Ripple Network. Unfortunately, even though it’s been accepted by several banks as a legitimate money transfer system, the platform is a bit more complex to figure out than your regular cryptocurrency. The goal of Ripple is to be a global settlement network, a platform to allow anyone to transfer money in any currency to any currency in a matter of seconds. This is an ambitious goal meant to eliminate the use of older systems like Western Union or SWIFT.

The alternative proposed is the use of XRP as a common currency underlying all money transfers between different currencies (USD is currently the most common currency). Not only are transaction fees much lower to convert from one currency to XRP and back, but transfers take a maximum of 4 seconds to execute and verify. Quite a few global banks have already started embracing Ripple as it saves them a lot of money in the long run by avoiding exchange fees.

The XRP and the Ripple Network have various advantages over bitcoin as they have been built with slightly different purposes in mind.

Transaction processing only takes four seconds since it’s significantly less active compared to bitcoin. This has the added bonus of cheaper transaction fees, whereas the price for bitcoin transactions has been on the rise lately as more people adopt the platform.

All the 100 billion XRP that it’s possible to use on the platform already exist. While they’re not all on the market – a few are released into the market every month to avoid flooding – there is no use mining as there is nothing of value to be added, unlike in more traditional cryptocurrencies.

The platform and coin being accepted by banks gives the process legitimacy and, at least from an investor’s standpoint, can be a little more reassuring. This is not the case with bitcoin and other currencies as they are seen as competition by the banks.

XRP is still a long way from being as widely accepted as coins such as Bitcoin, Litecoin or Ethereum. It was never the goal to use Ripple as a payment method. Instead the aim has always been to use XRP to grease the wheels, in order to make fiat money transfers easier, faster and more secure. That said, there are quite a few merchants that accept Ripple, including hosting providers and vaping product merchants. 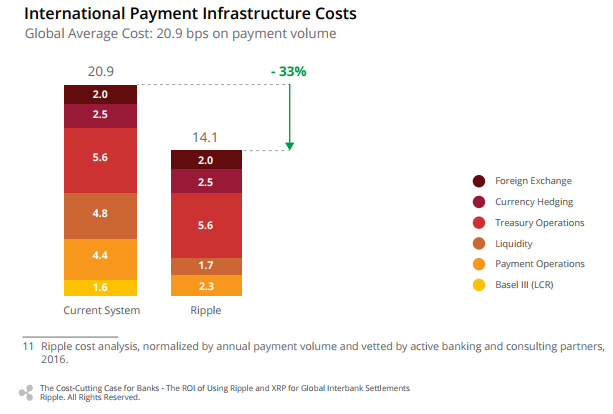 Using XRP over current system, the Global Average Cost: 20.9 bps on payment volume decreases to 14.1. This drops to 12.2 when Ripple is used with XRP rather than a Fiat Currency 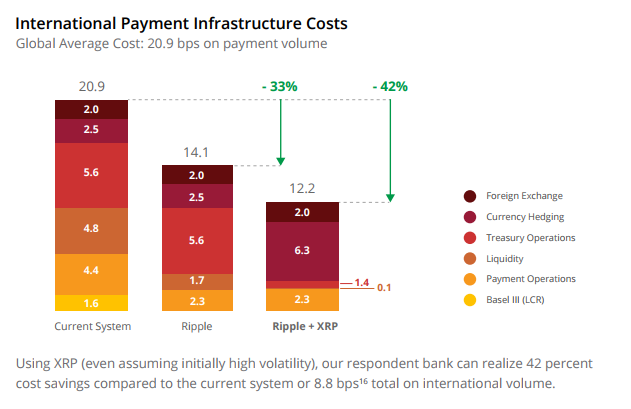 If Ripple and XRP are going to become the Future of Payments, is it the right time to buy? 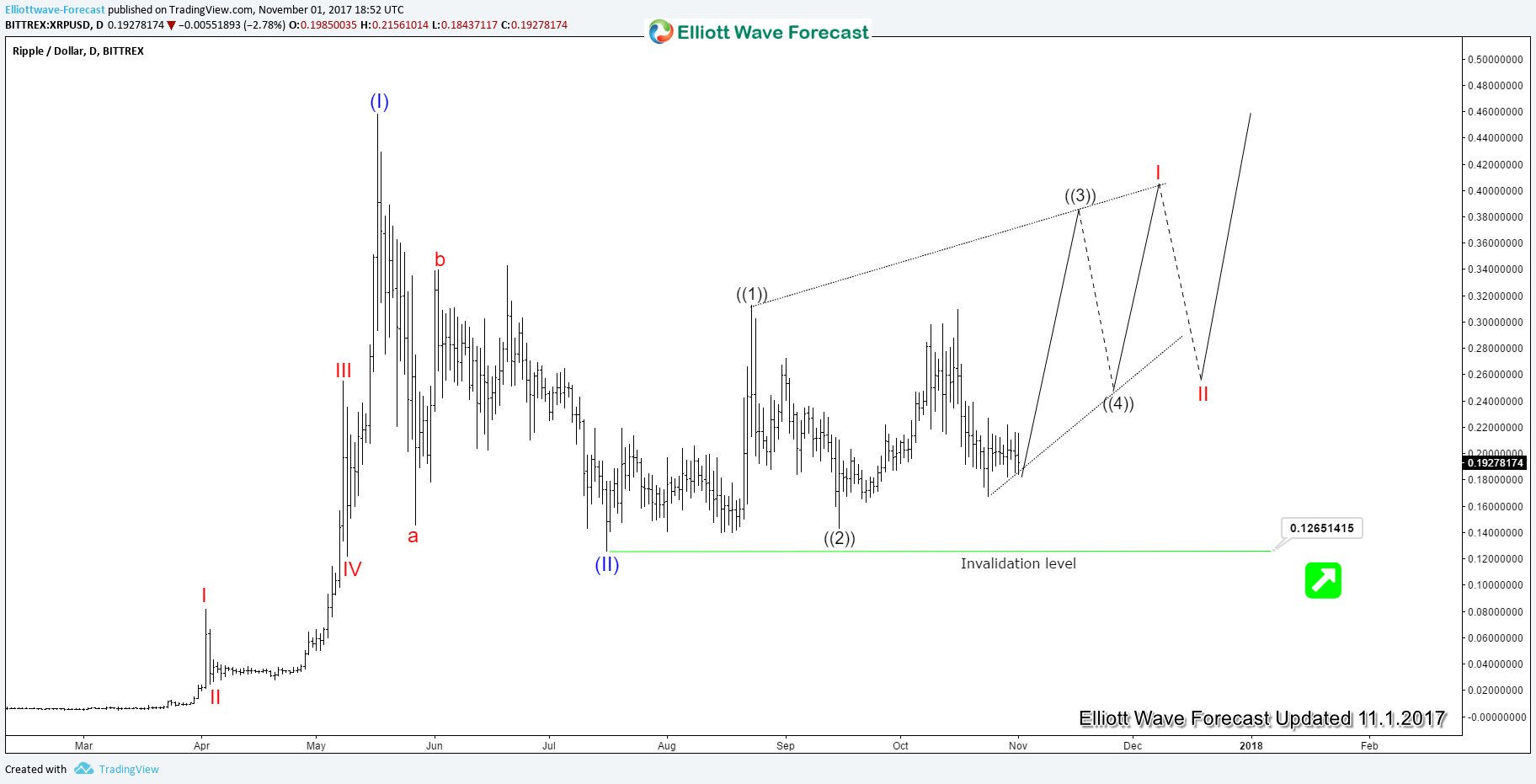