Reserve Bank of New Zealand (RBNZ) will have monetary policy announcement at 02.00 GMT this Wednesday. Market consensus is for the central bank to keep Overnight Cash Rate (OCR) at 1%. RBNZ has cut 50 bps last month, more than market’s expectation. Thus RBNZ is likely to wait a little bit to see the impact of their previous decision. Inflation was last reported on July 15 at 1.7% y/y, below the 2% mid-point of the 1-3% target range. Recent report of Q2 GDP is in line with central bank’s expectation.

However, global outlook remains fragile with ongoing US-China trade war, thus the bank is likely to reaffirm downside risk. Traders will look for clues from the statement to see if the central bank will have a follow-up rate cut further down the road. If conditions continue to deteriorate and global economic slowdown continues to pose downside risks for the New Zealand economy, the RBNZ maybe forced to cut again in November.

There are three possible outcomes from this Wednesday’s meeting: 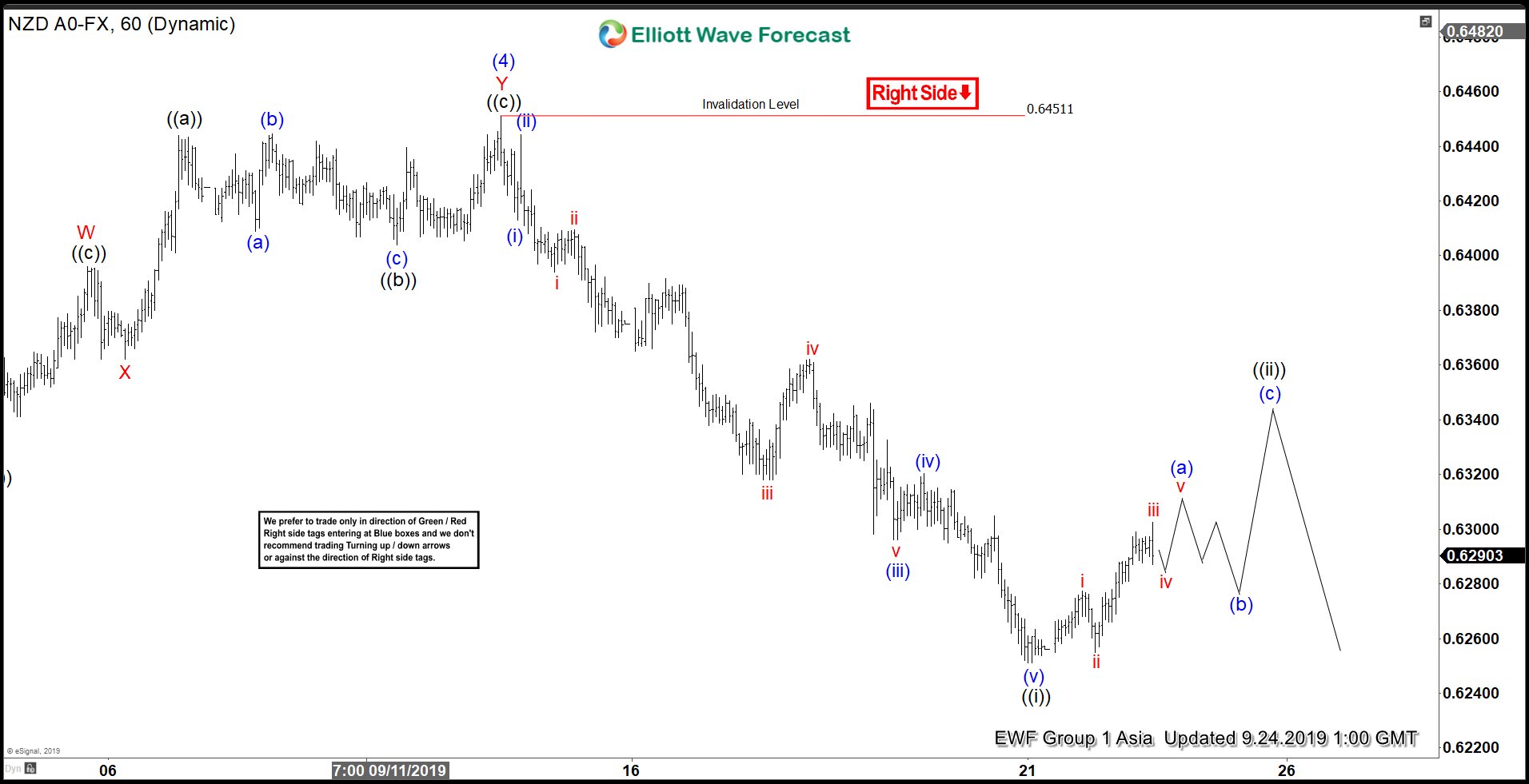 Technically, $NZDUSD recently broke below September 3 low (0.627) and the pair shows incomplete sequence from July 19 high, favoring further downside. Near term, wave ((ii)) bounce is expected to fail in 3, 7, or 11 swing and pair can resume lower as far as pivot at 0.645 high stays intact. If the central bank maintains the OCR and does not commit to any action, then the technical outlook seems to fit with the narrative of larger correction in the pair before the bearish pressure appears again.

For further update on NZDUSD or other forex pairs, commodities, and equities, join our service and try 14 days FREE trial.