The UK is going to leave the EU on 29 March 2019. However, currently the EU and UK have not reached agreement on the Irish border issue. In the last few years, the potential for no Brexit deal has given pressure to Poundsterling. But last week, Poundsterling surged higher against other major currencies as EU’s Donald Tusk signaled that a special deal – Canada +++ is still on the table. This special deal may give both parties the flexibility to settle the Irish border issue.

Talks out of Brussels have also turned more conciliatory. EU officials gave an upbeat assessment of the progress in the negotiations. In recent interview with Austrian press, the head of European Commission Jean-Claude Juncker said that the chance of a Brexit deal between the UK and EU has grown. Mr. Junker expressed confidence that a deal can be reached by November. Both sides had originally hoped to finalise the divorce agreement by the October summit. Once both sides reach an agreement, it will go to U.K Parliament for approval. Poundsterling continues to move higher steadily against other currencies due to this positive development. 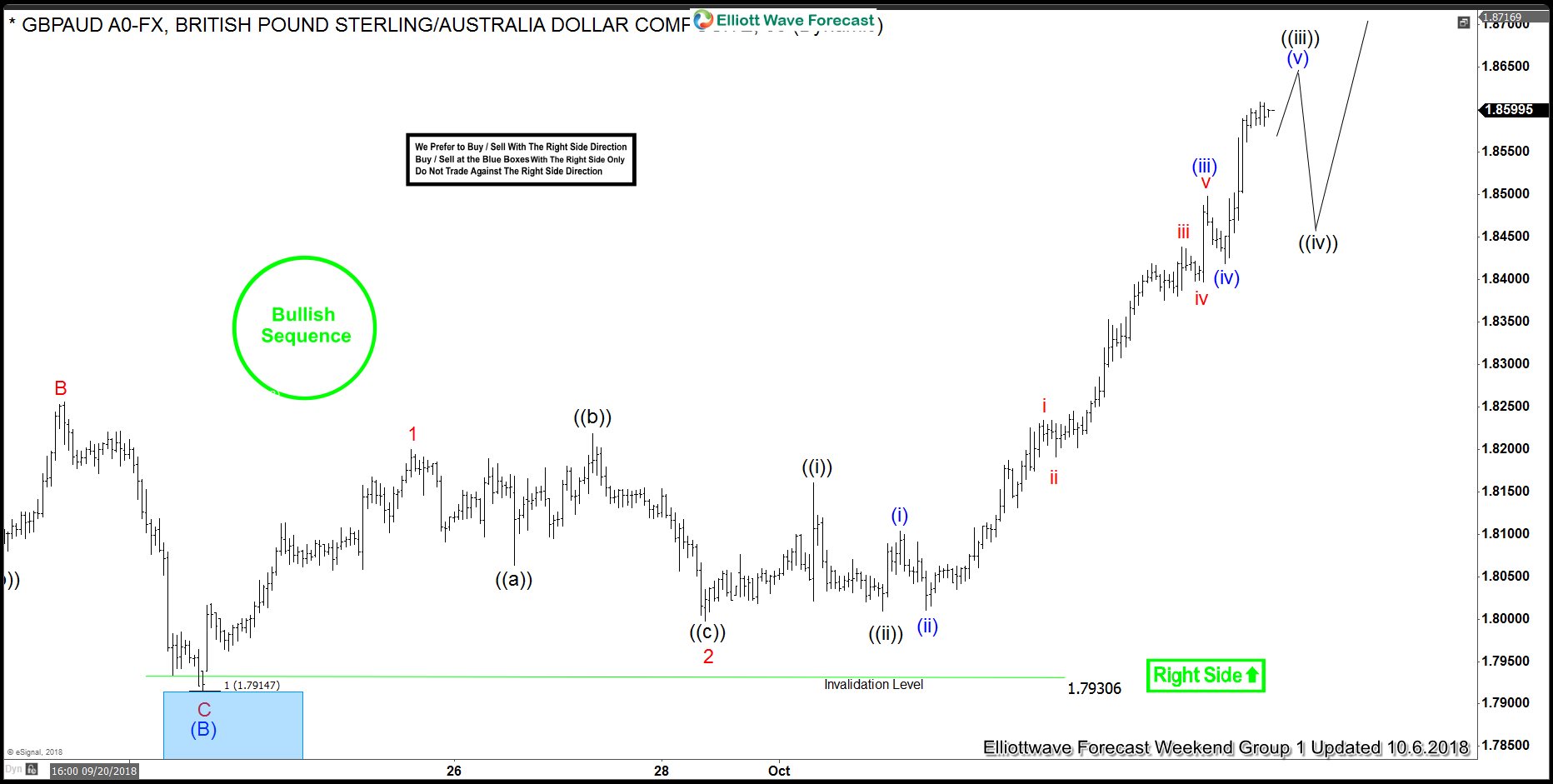 GBPAUD last week broke above 9/18/2018 peak (1.84), and more importantly also broke above 3/28/2018 peak (1.8508), opening up a bullish sequence from 10/7/2016 low.  The rally from 9/22/2018 low (1.7916) also looks impulsive, as above chart shows, favoring further upside. While dips in the pair continue to stay above 1.7916 in the first degree, expect pair to extend higher. With trade war between U.S. and China putting pressure in Australian Dollar, and the prospect of successful Brexit deal in coming months, we expect GBPAUD cross to continue to move higher.