British Pound Sterling is the best performing major currency last week. The Pound Sterling shows strength as the market senses progress towards a Brexit deal. This follows news pointing to progress in Brexit negotiations. Last week UK Prime Minister Theresa May and EU President Jean-Claude Juncker met in Brussels to secure a deal. Both have suggested that progress was taking place. The Euro-to-Pound (EURGBP) exchange rate dropped to 0.869 while Pound-to-Dollar (GBPUSD) rallied to 1.3109.

Below is a tweet after the meeting from Ms. May suggesting they are making progress.

I’ve underlined the need for us to see legally binding changes to the backstop that ensure it cannot be indefinite.

Negotiations revolve around securing a legal guarantee to ensure that Irish backstop in the Brexit agreement is not indefinite. This should help the deal to gain approval in UK parliament and satisfy those ministers who voted down the Brexit deal. Reuters reports that Chancellor of Exchequer Phillip Hammond says there can be a meaningful vote on the Brexit deal as early as this week as talks have been good and constructive. This suggests we could have a new agreement between the EU and UK over coming days.  The UK is set to leave the EU at March 29 and the two sides will try to avoid causing damages to each other until then. 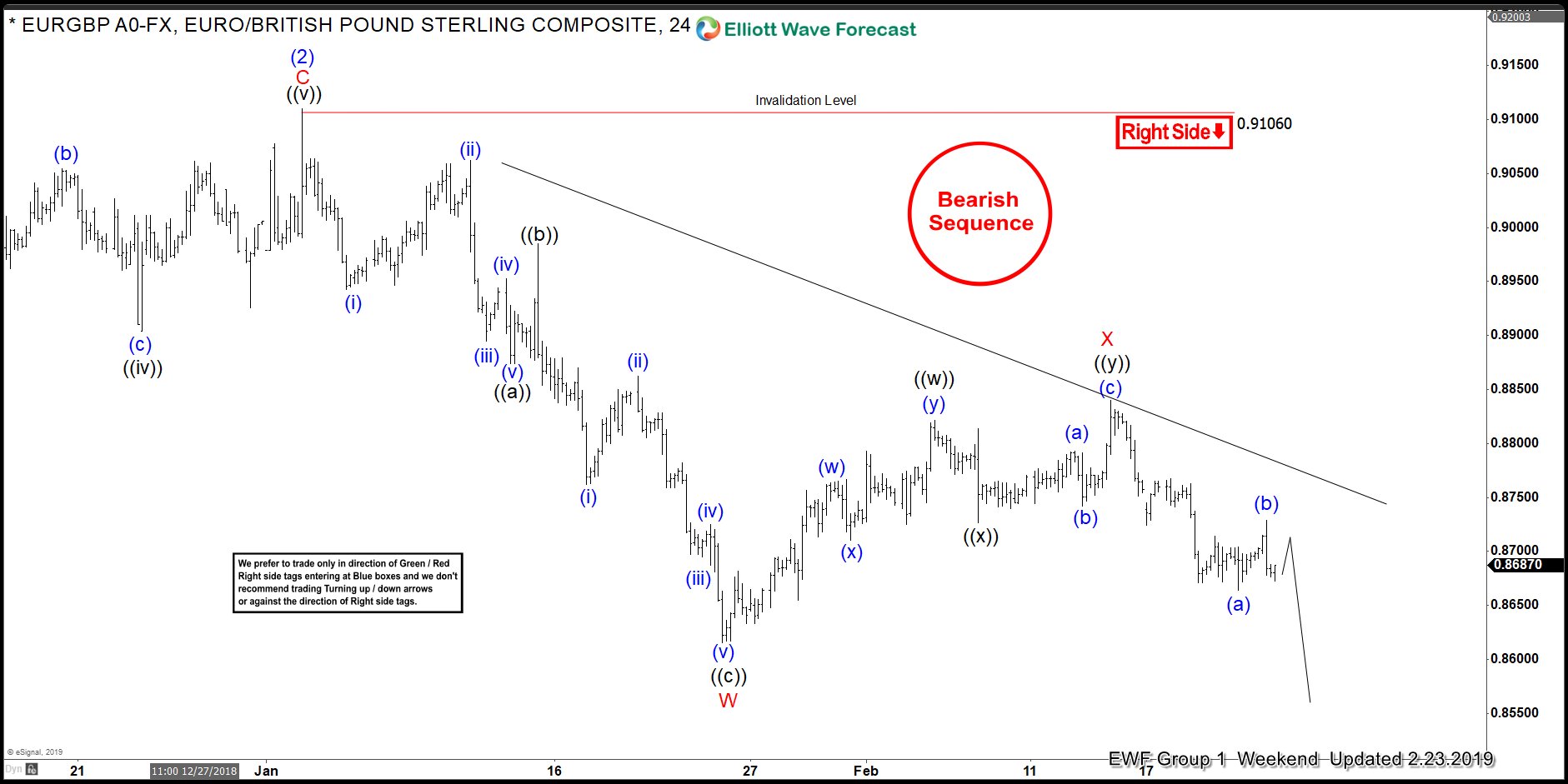 EURGBP cycle from August 29, 2017 high shows a bearish sequence favoring further downside. As the chart above shows, we label the bounce to 0.9106 as wave (2). Decline from there is unfolding as a double three Elliott Wave structure. Down from 0.9106, wave W ended at 0.8615 and wave X ended at 0.884. Pair still needs to break below wave W at 0.8615 to validate this view. Until then, a double correction in wave X still can not be ruled out. Either way, as far as pair stays below 0.9106, expect pair to extend lower.

Keep in mind that the market is dynamic and the structure may have changed since the writing time of the article. To get a regular Elliott Wave update for 78 instrument in 4 time frames, take the Free trial here –> 14 days FREE trial. In addition to Elliott Wave forecast charts, we also offer educational classes, coaching, member chat rooms, live sessions, and live trading rooms.