The Bank of England raised benchmark interest rate to 0.75% with unanimous 9-0 vote. Poundsterling initially rallied but subsequent press briefing reversed those early gains. Despite the uncertainty in Brexit talks, BOE policy makers went ahead with the rate hike due to mounting price pressure. Governor Mark Carney suggested that Brexit negotiations have entered a critical period and BOE is prepared for all scenarios.

Further interest rate increases by the Bank of England will be “limited and gradual,” Mark Carney says https://t.co/nuh0QrO048 pic.twitter.com/mBTGqhq9za

Governor Mark Carney however gave no indication of the need to accelerate the rate hike.  Carney said that further rate rises will be limited and gradual. The market seems to agree that it will be difficult for BOE to hike aggressively in coming months with so much political uncertainty. Poundsterling initially rose following the rate decision, but reversed those gains and slumped as much as 0.9% when Carney addressed the press. Current market expectation readings signal that another 25 basis point increase isn’t likely until the first quarter of 2020. 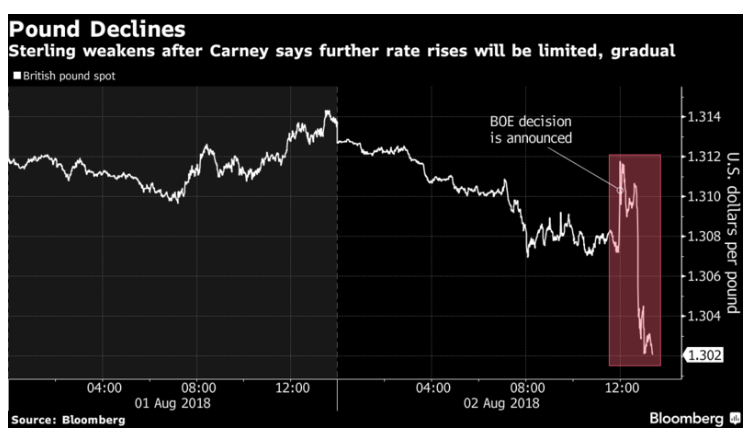 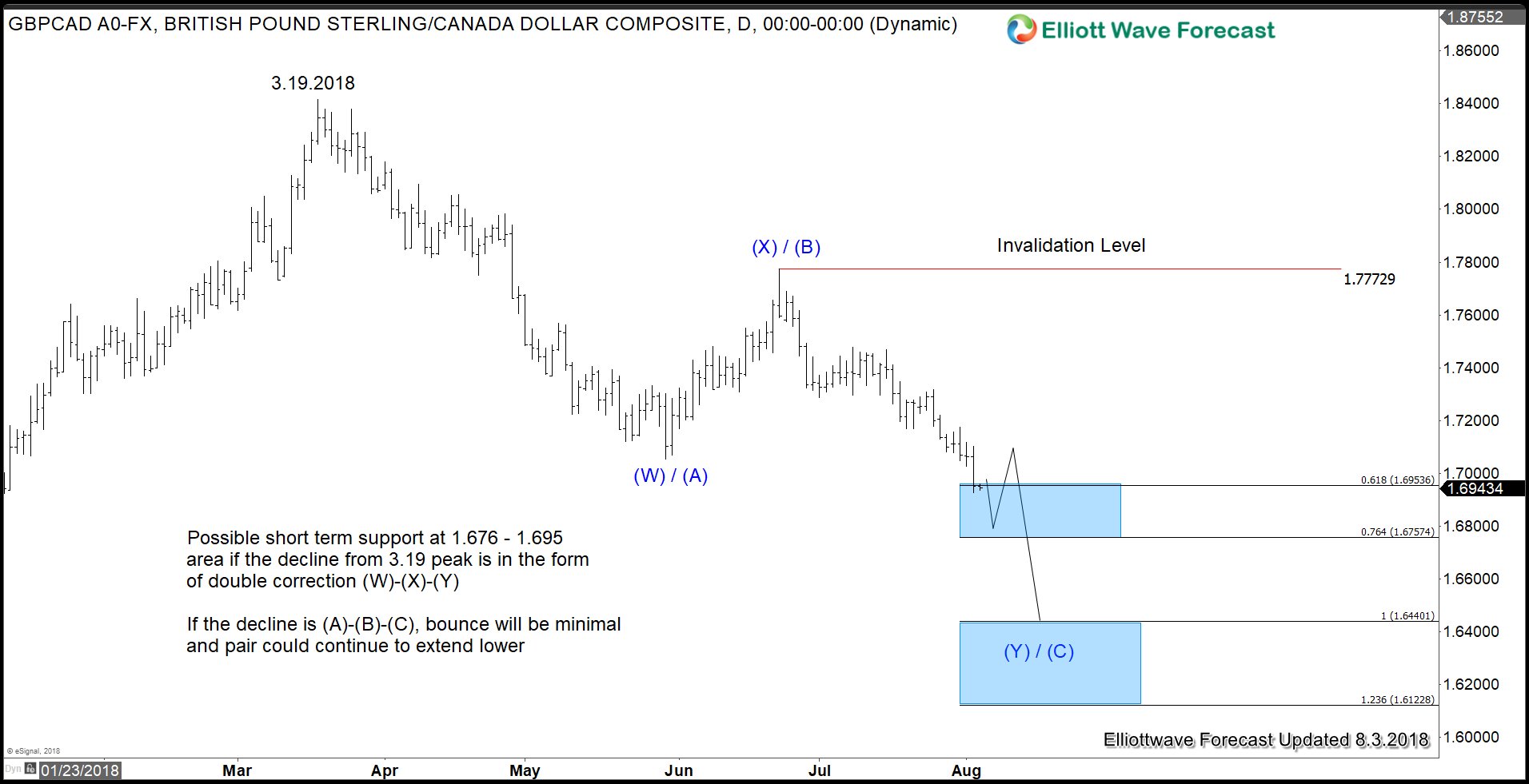 GBPCAD is showing an incomplete sequence from 3.19.2018 high, favoring more downside. While the pair stays below 1.777, it has further downside target to 1.612 – 1.644 area. The current decline from 3.19.2018 high either takes the form of a double three Elliott Wave Structure or WXY or a zigzag ABC. Both possibilities however have the same result, which is further downside in the pair as far as pivot at 1.777 high remains intact. Currently the market’s primary concern remains a no-deal Brexit and until the situation becomes clearer, it’s going to be hard for Sterling to stage a lasting rally.

For further update and forecast in 78 other instrument, join EWF to get access to Elliott Wave charts in 4 time frames, live trading room, live session, 24 hour chat room and more. We are now running Summer Promotion where you can get 30% discount in any plan of your choice. Click the link to get your discount –> 30% Summer Promotion