The last ditch Brexit talks between British and Irish leaders last week yield unlikely breakthrough. Both leaders issued an upbeat statement after the meeting, saying they see a pathway to a possible deal. The issue of Irish border and the proposed backstop has become the bottleneck in Brexit negotiations.

Irish leader Leo Varadkar reportedly said the UK wants a Brexit deal and they can get one by 31 October. Both leaders also believe that a deal is in everybody’s best interest. Sterling surged sharply against other major currencies on signs of meaningful progress. Against the US dollar, Sterling climbed to the highest levels in three months, hitting $1.27. The pound also hit a near 1 year high against New Zealand Dollar of $2.003.

However, the excitement faded after European Commission cast doubt about Johnson’s proposal. Much uncertainty remains as UK and EU continue to negotiate the deal and time is running out. Both are in intense negotiation this week to reach a deal before the EU summit on Thursday and Friday. There are three possible outcomes: 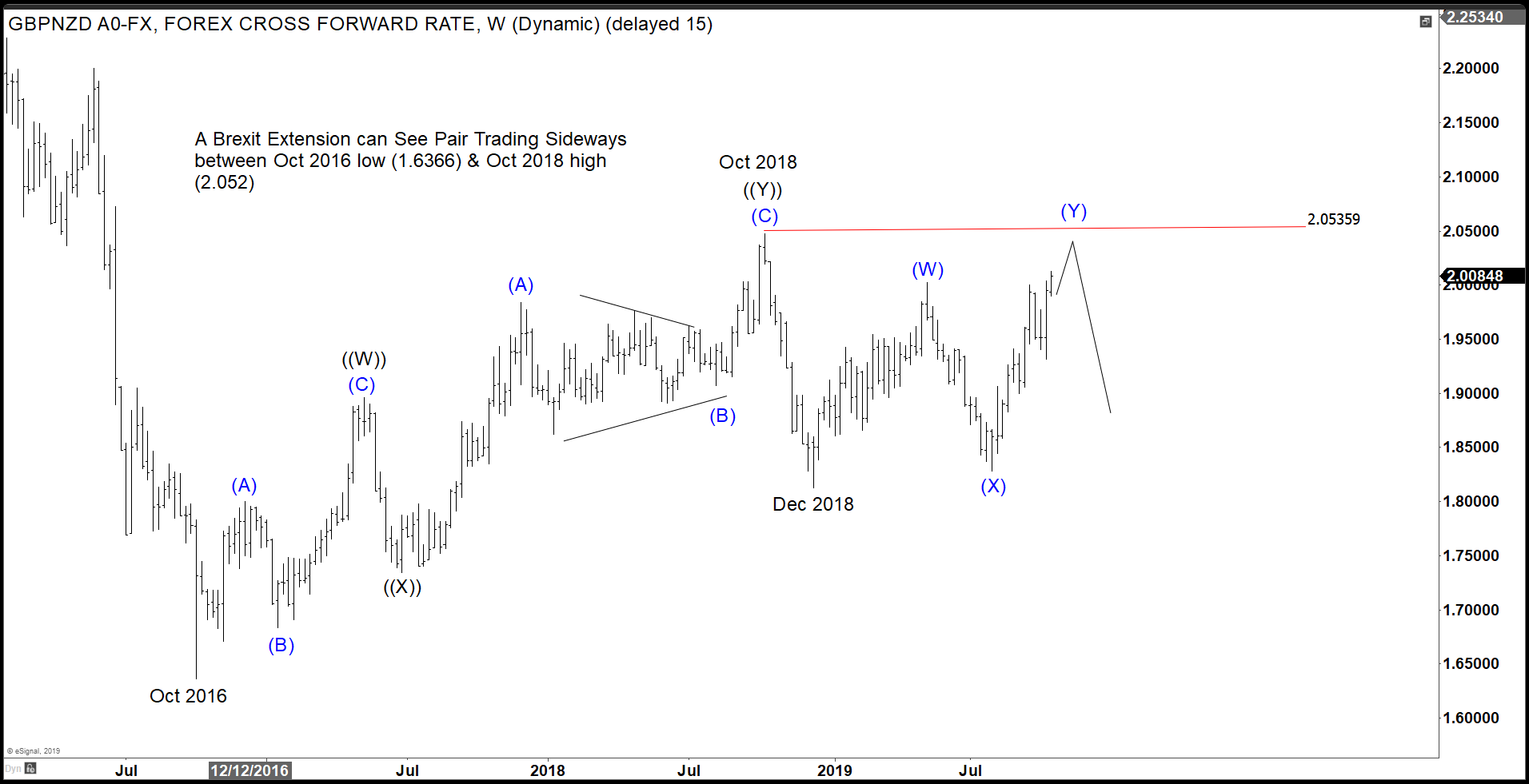 $GBPNZD under a Brexit Deal Scenario 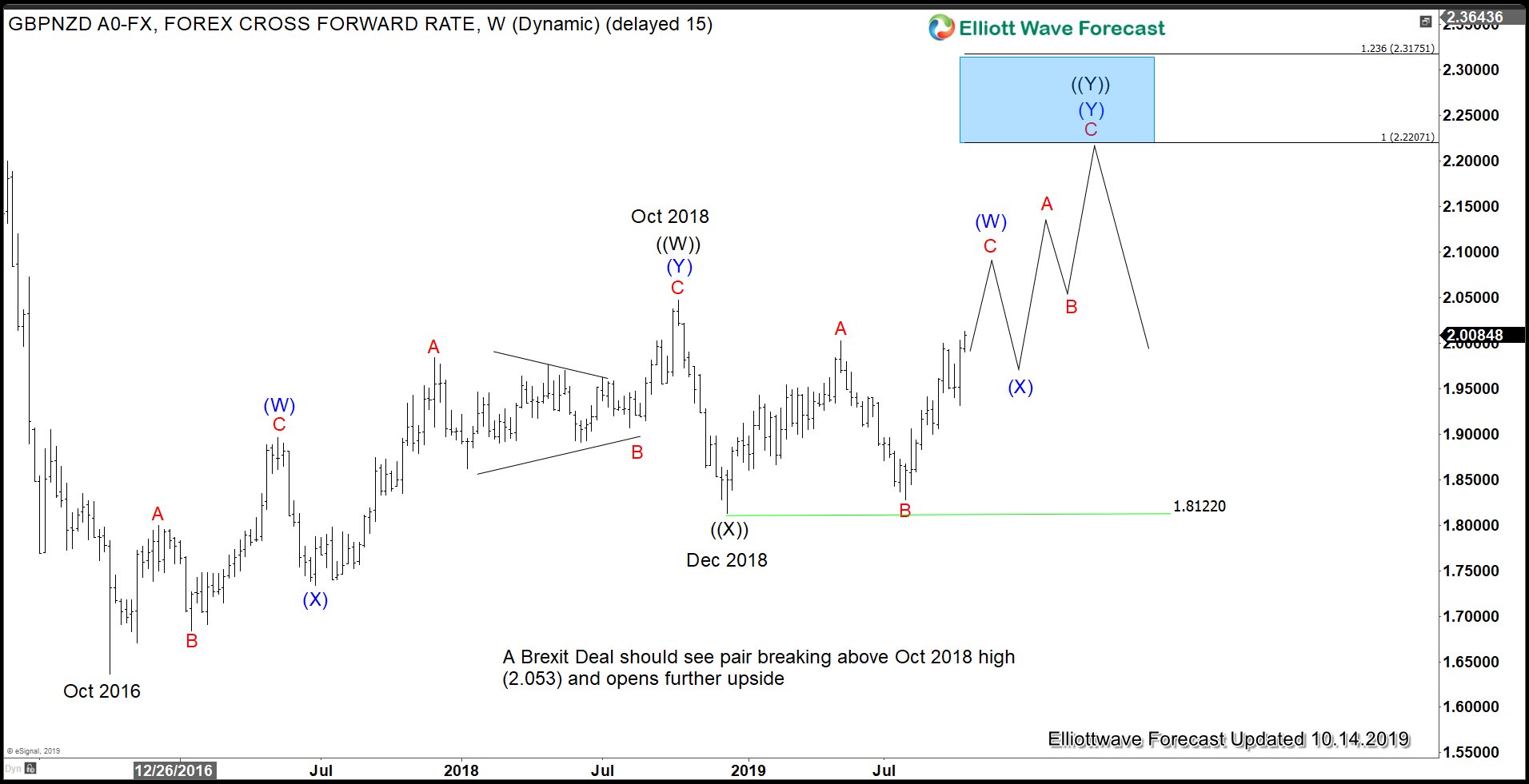 $GBPNZD under a No Deal Scenario 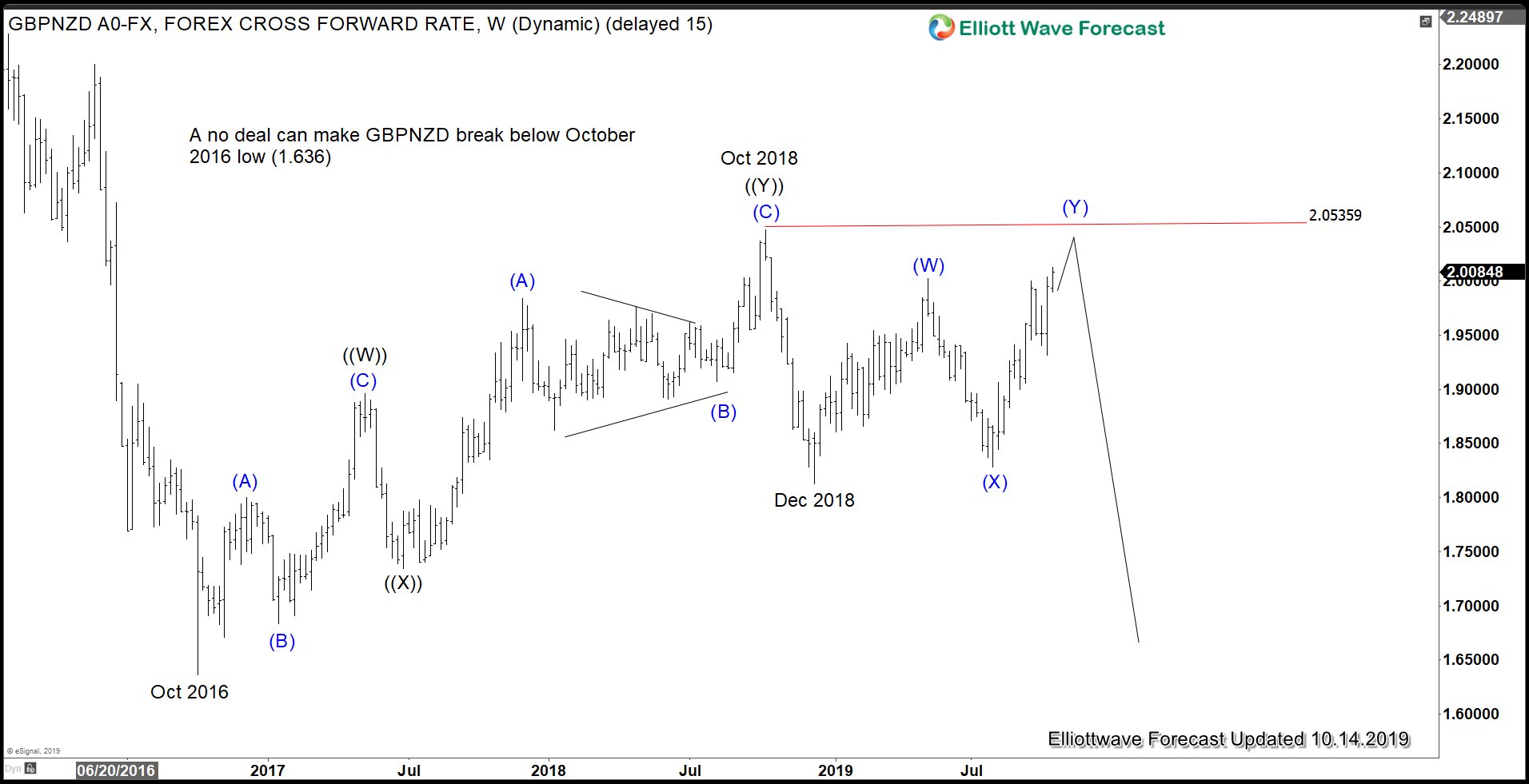 Under no deal scenario, Sterling can collapse. In the case of $GBPNZD above, it may hold below October 2018 high (2.053). It can then turn lower and break below October 2016 low (1.636) which should open up further downside.

It’s difficult to assign the odds of each scenario above. Traders however do not need to speculate on the outcome and can wait for confirmation before entering into positions. We shall let members know how to take advantage and trade it in Live Trading Room when the time comes. If you’d like to get more updates on Sterling or other forex pairs, commodities, and Indices,  join our service with 14 days FREE trial.