NZDUSD has been moving higher against USD for the last few days. Yesterday (11 June 2014), pair made a spike lower followed by a sharp move to the upside and then we heard people saying it was due to the rate decision from the Bank of New Zealand (and we still don’t know what they said). We, at elliottwave-forecast.com don’t pay attention to fundamentals, believe market is purely technical and follows the cycles. Let’s takes a look at some chart from members area to see what NEW Elliott waves were calling for and what our members had been expecting all week. 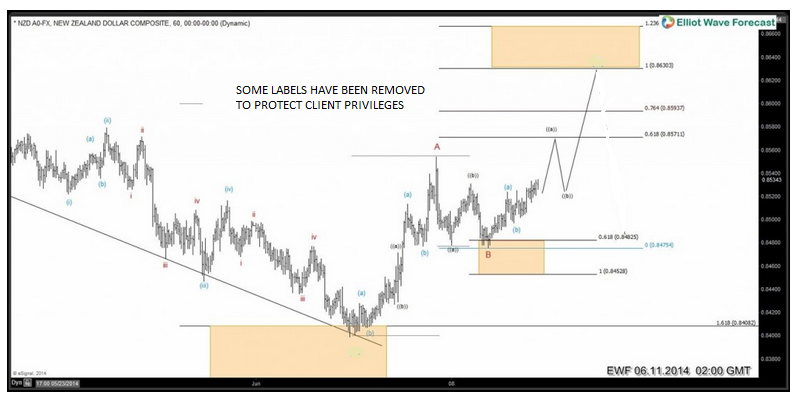 Did you know what NZDUSD was going to do? If you had access to our Elliott Wave service and these charts would you then know what to do? At EWF we update our 4H charts everyday and our 1H charts 4 times a day so our members are always in the loop for the next move. If you want to know what NZDUSD is going to do next then try us for 14 days. Experience EWF.