NZD JPY has been rallying this week but the question remains if the down move is over and uptrend has resumed or this is just a corrective bounce within an incomplete downward Elliott wave swings sequence. We will take a look at the daily chart of NZD JPY to get an answer to this question and see if bulls are in control or if the current bounce is an opportunity for sellers. We will also take a look at 1 Hour chart of the pair to study the short-term Elliott wave structure in detail. 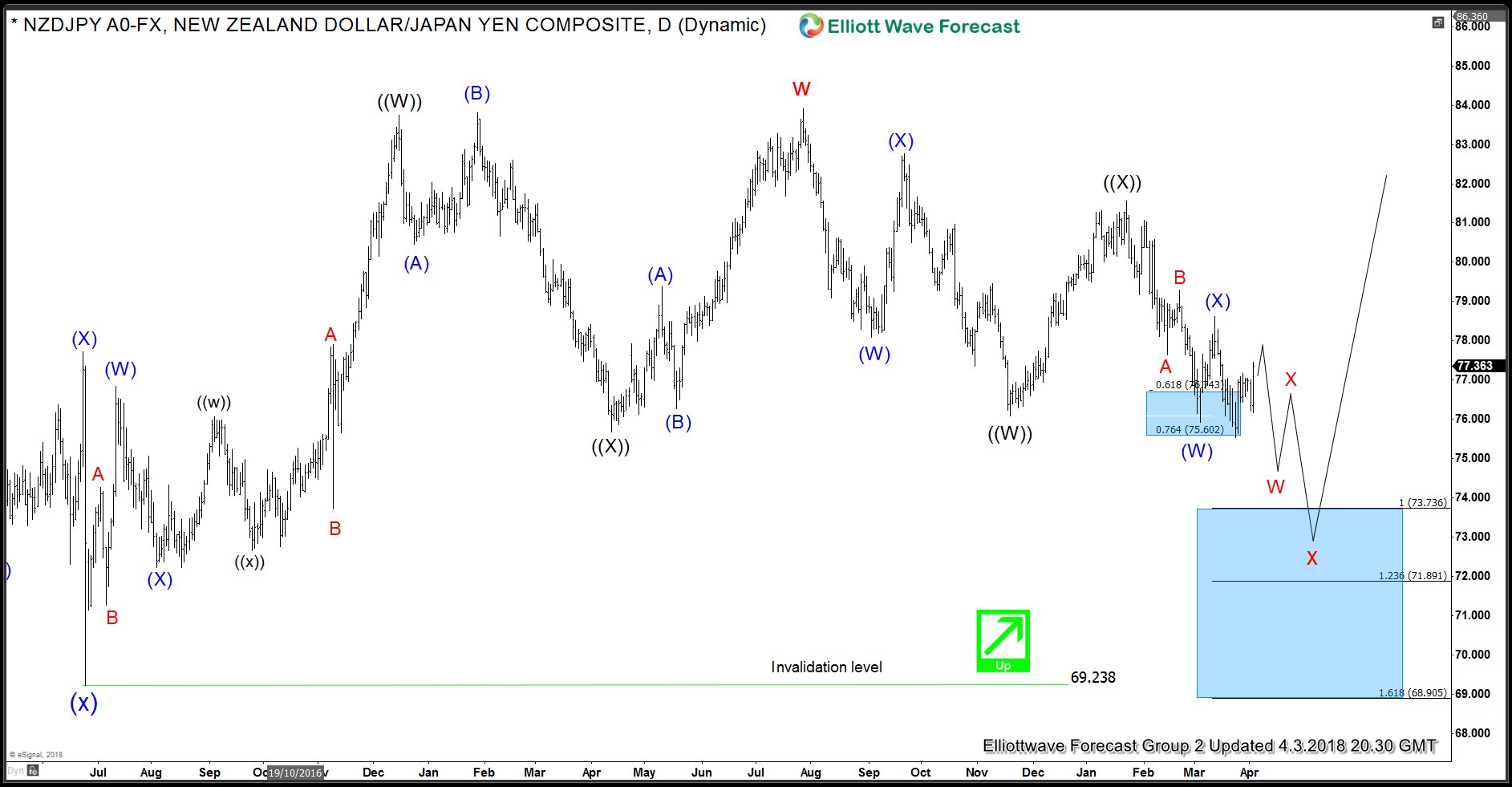 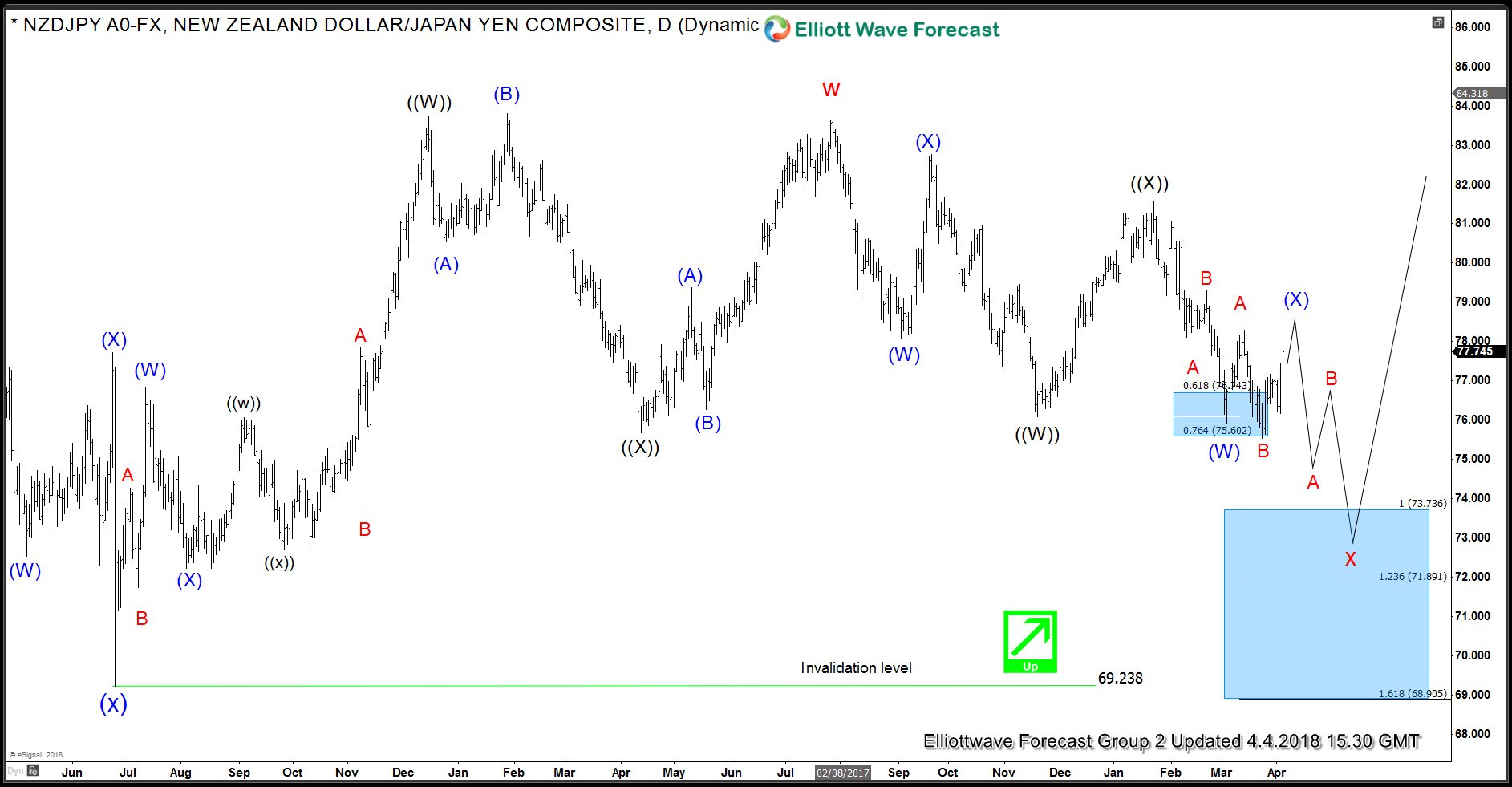 Now, let’s take a look at 1 Hour chart to study the short-term Elliott wave structure in the pair. 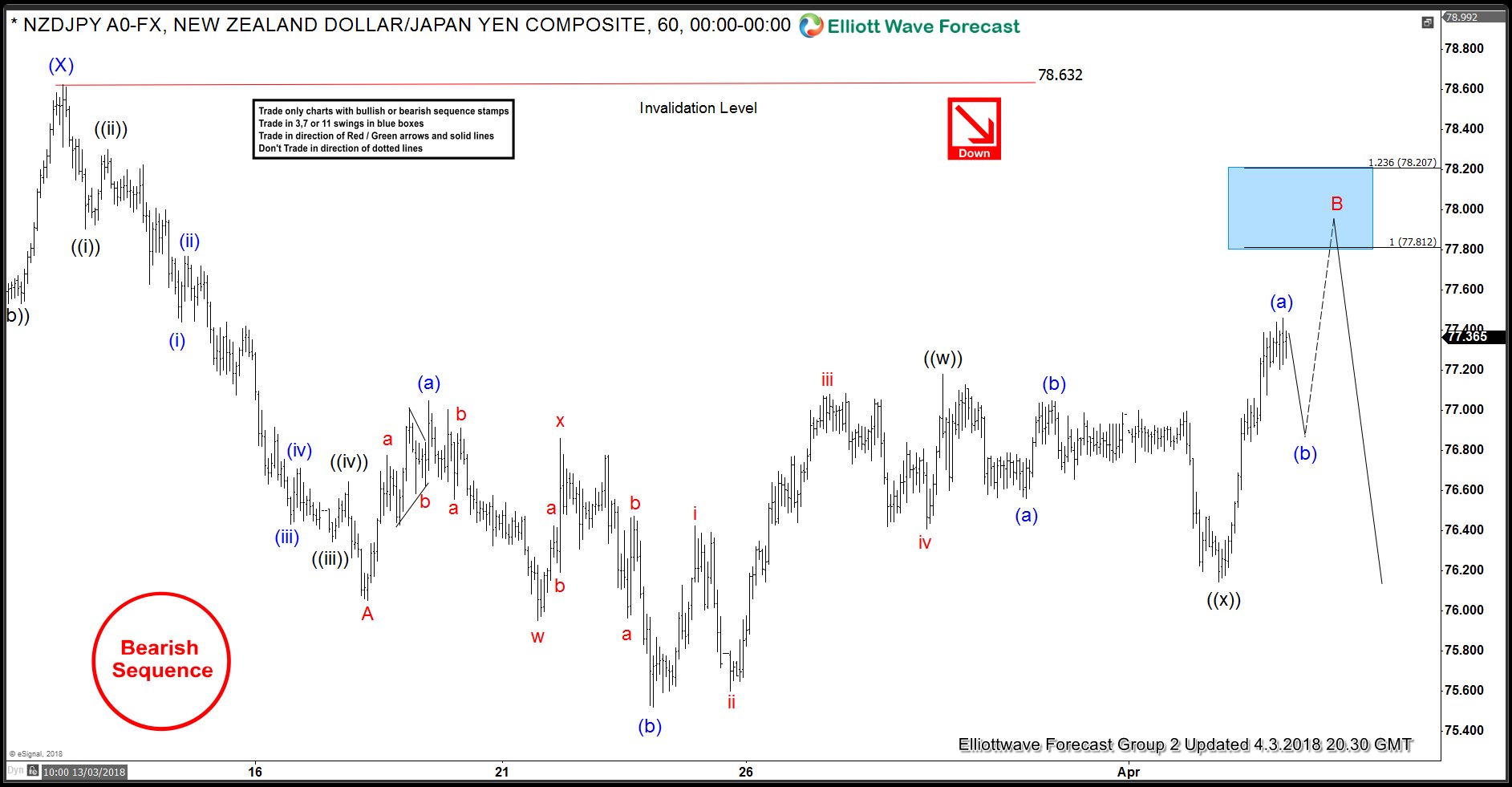 Chart above shows that decline from 78.63 to 76.05 was a 5 waves move and completed wave A. This was followed by a 3 waves bounce to 77.04 and then a new low to 75.52. The new low, however, was in 3 waves due to which we believe the 5 waves rally from 75.52 to 77.18 was part of a FLAT correction from 76.05 low. Sellers then pushed prices lower and attempted to start wave C lower but selling was not strong enough and pair has now broken above 77.18 high which means that FLAT Elliott Wave structure to 77.18 completed only wave ((w)) of B while dip to 76.14 was wave ((x)). As dips hold above this level, pair has scope to make 1 more push higher towards 77.81 – 78.20 area to complete 7 swings in wave B. This is the next inflection area in the pair highlighted with a blue box as from there pair would either resume the decline in wave C as far as prices stay below 78.63 or make a 3 waves pull back at least to correct the cycle from ((x)) low at 76.14 and turn higher again to become a FLAT in wave (X).