Starting the month of August, our Elliott Wave analysis for GBPCHF was calling for more downside in this pair. Our members knew a cycle has ended in GBPCHF and a new short term trend to the downside was to begin. As you can see in the first chart below, the RED arrow is calling for downside and the invalidation level for the down trend was in place. We advised our members to be patient and wait for the SELL opportunity in GBPCHF.

“Why does the patient trader always win? Because he/she always waits for the trade to come to him/her.”  -Aidan Chan (EWF)

“If you miss a trade setup don’t worry. The market will still be here tomorrow to give you another and even better setup. Never chase the trade.”   -Aidan Chan (EWF) 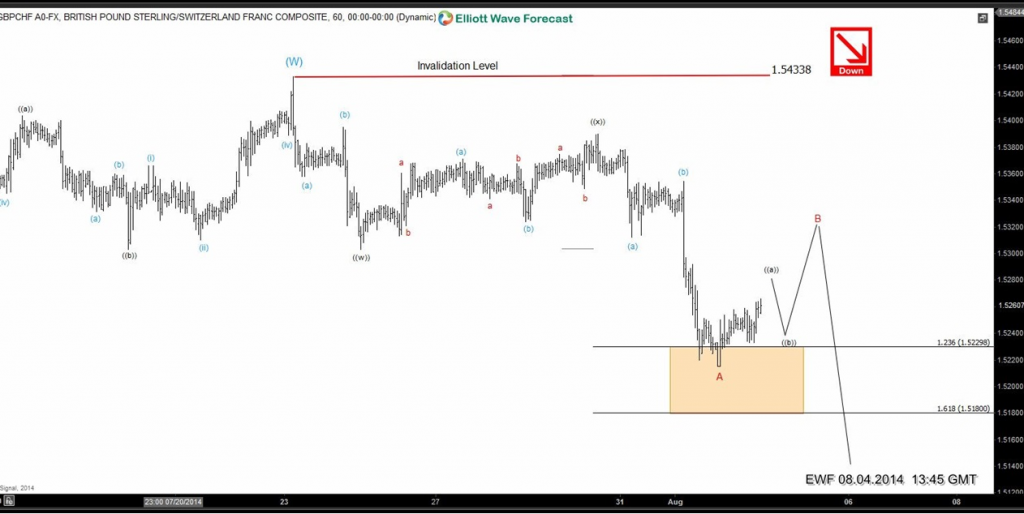 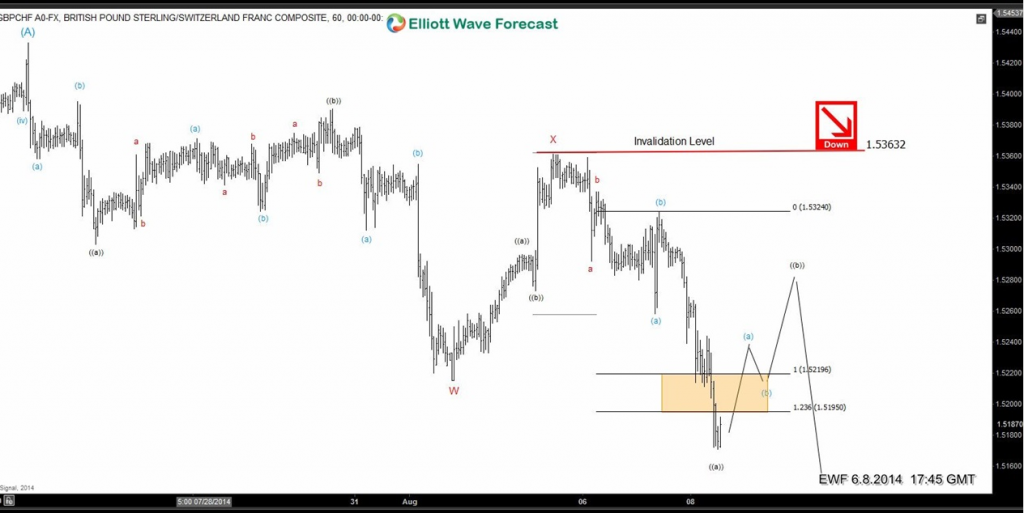 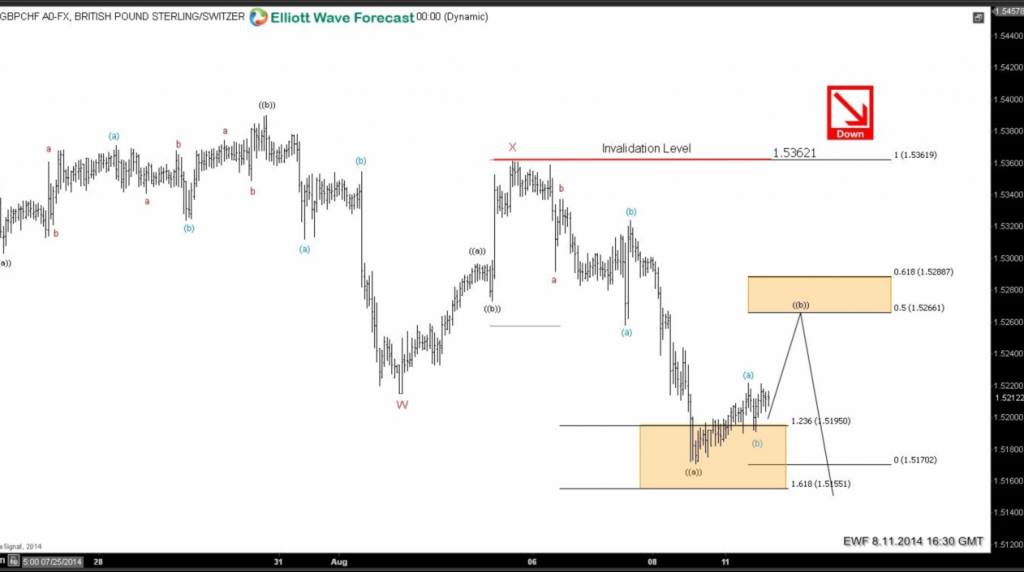 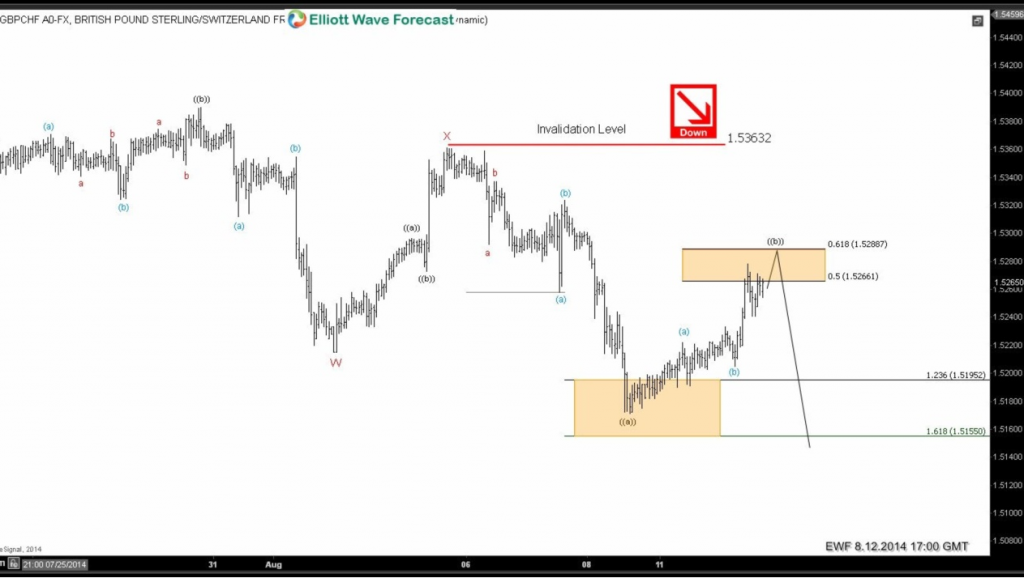 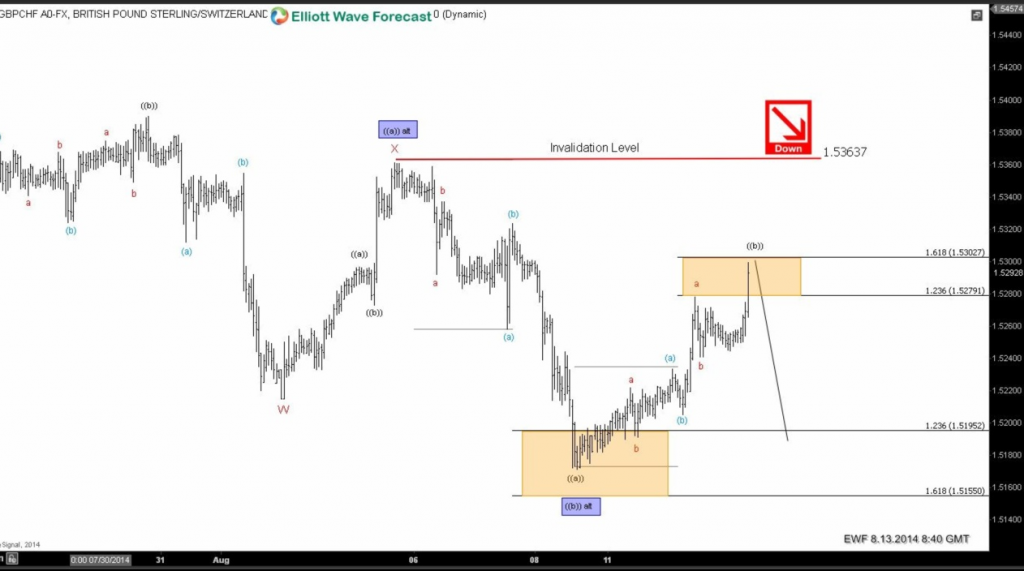 Starting from the first SELL idea, the move to the downside was more than 300 pips in the first 2 weeks of August.

Did you catch this move? If you did not catch it, would these charts have helped you if you had access to them before the move? We, at Elliottwave-Forecast.Com believe these charts would have definitely helped you decide which side to trade on. To experience our service FREE for 14 days just click here ->FREE 14 day Trial

*** At EWF we update our 4H charts everyday and our 1H charts 4 times a day so our members are always in the loop for the next move. ***