Let’s take a look at H1 Elliott Wave charts from the 01. September 2015 to see how we were guiding our members through the $GBPAUD price structure. 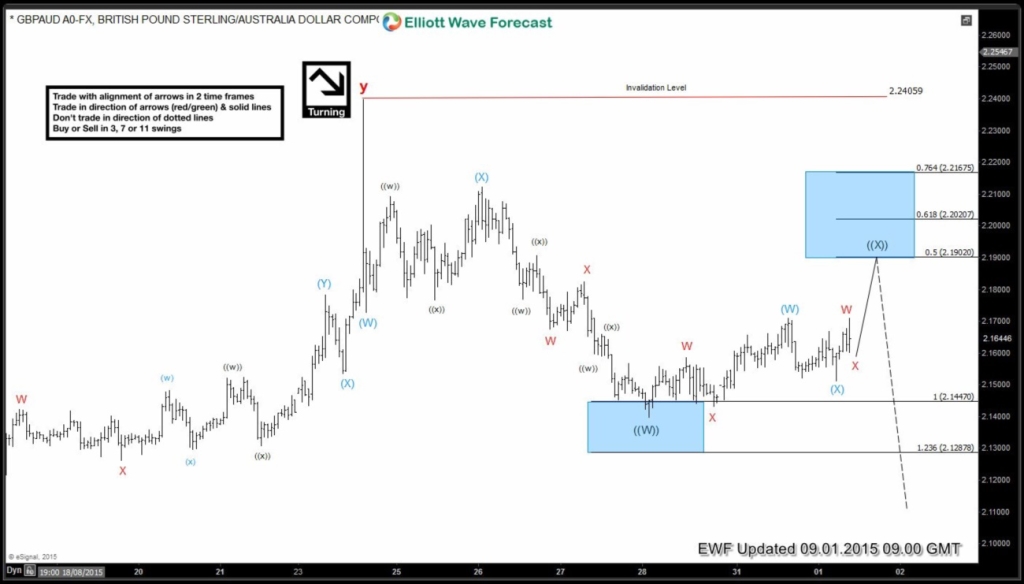 Our system suggests wave ((X)) is done at 2.2109, and while the price holds below that short term high, further decline should follow. 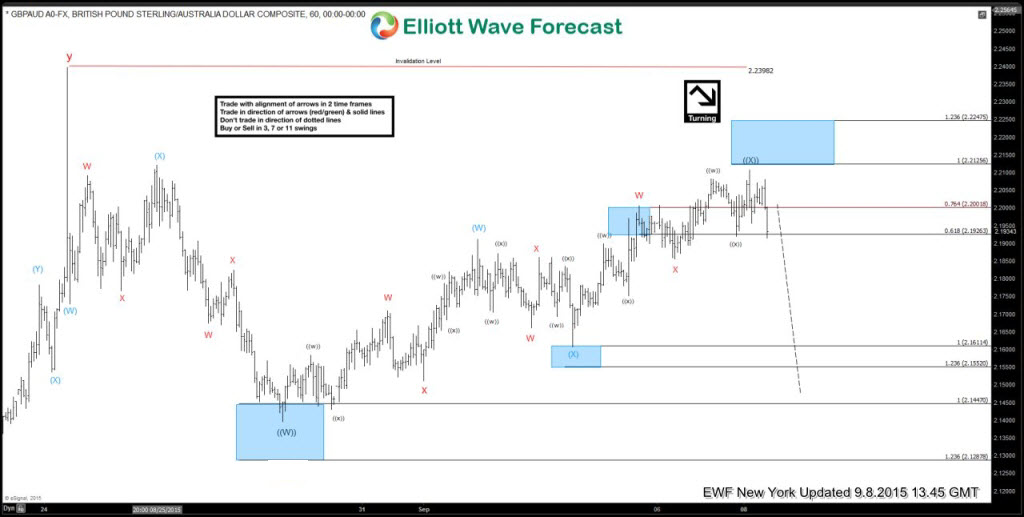 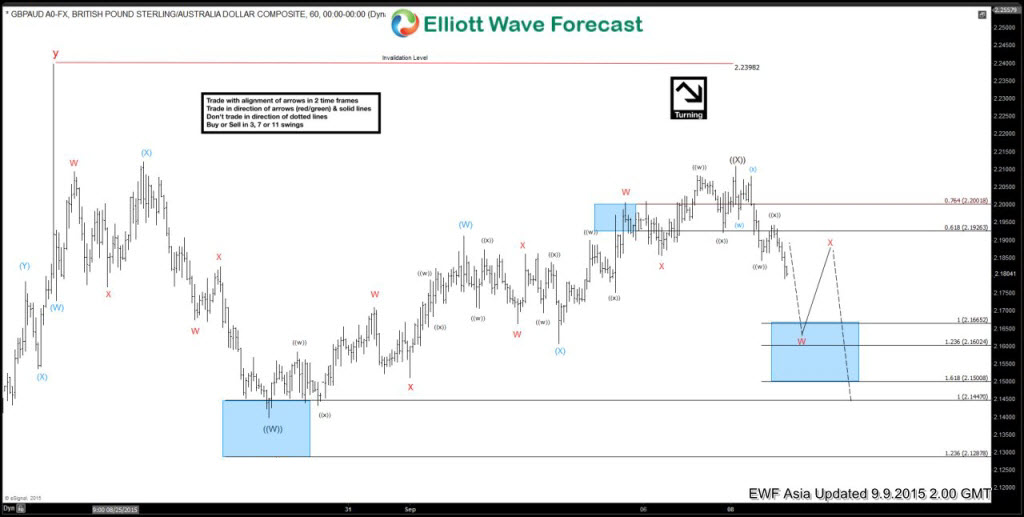 $GBPAUD 9.12.2015 Weekend Update The price retested the ((X)) high and dropped again. Next important technical area comes lower at 2.1493-2.12239 from where we might see short term recovery before the decline resumes. 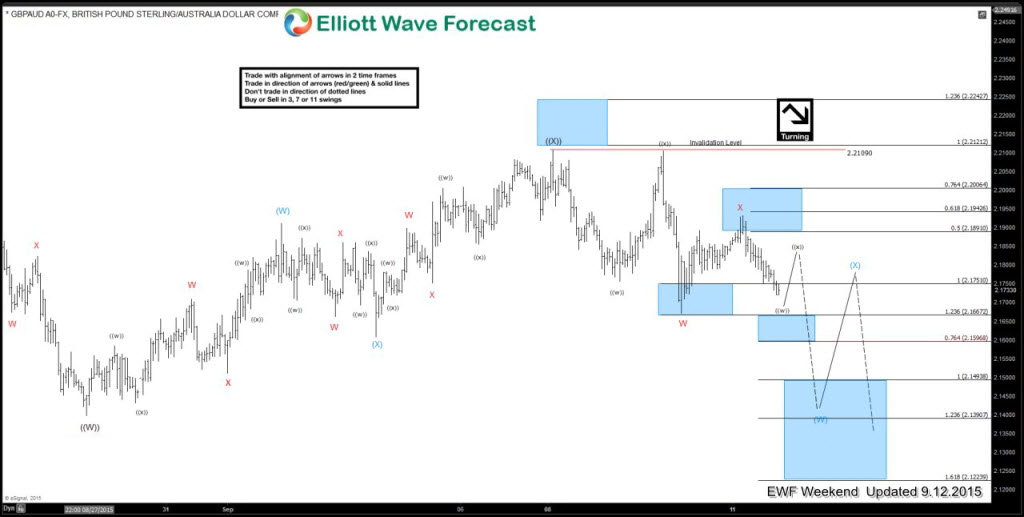 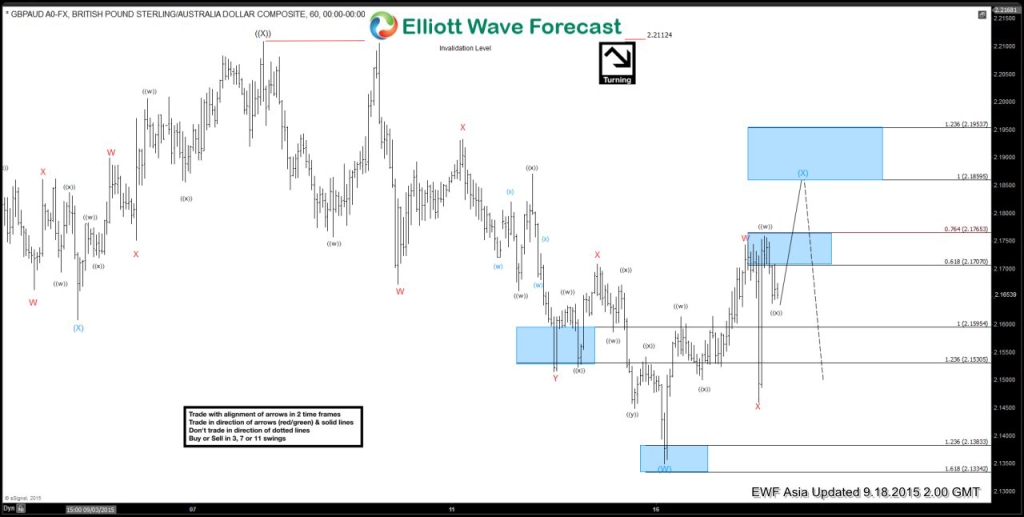 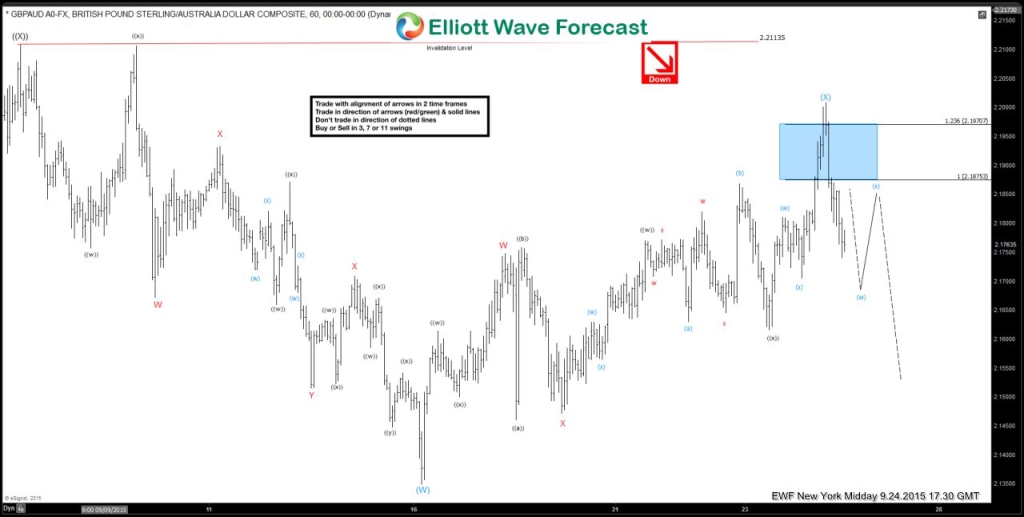 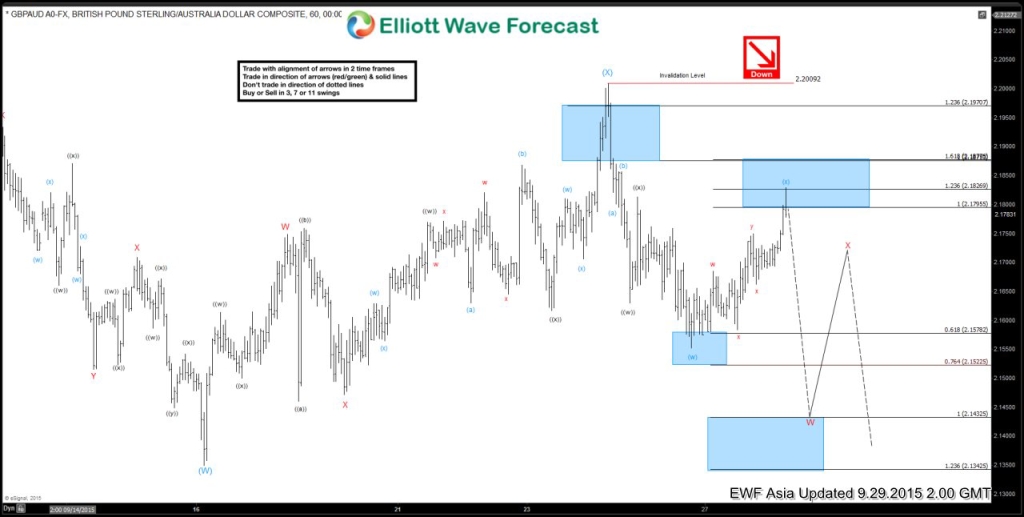 $GBPAUD 10.1.2015 New Yord Update Short term recovery ended at 2.1863 and we got decline as expected. Mentioned equal legs area is reached and X bounce is currently in progress… 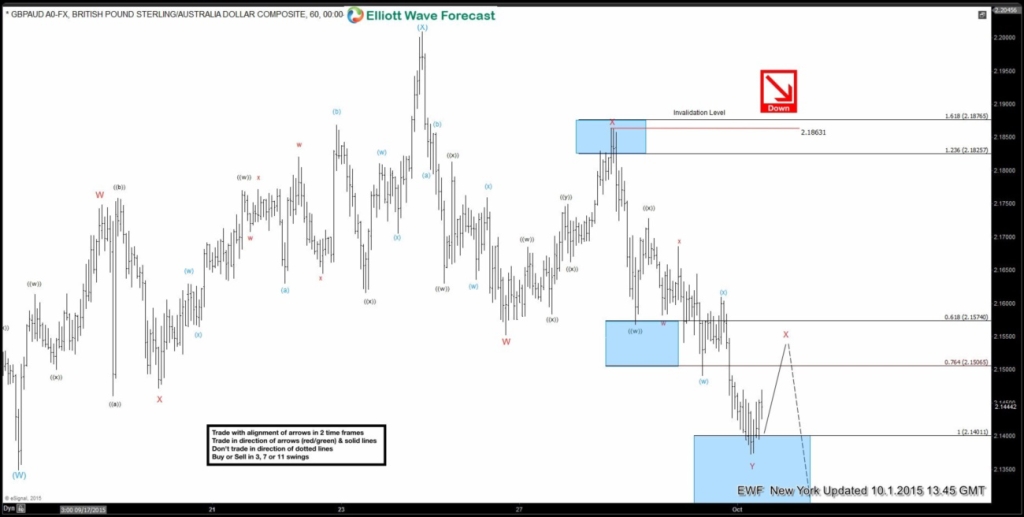 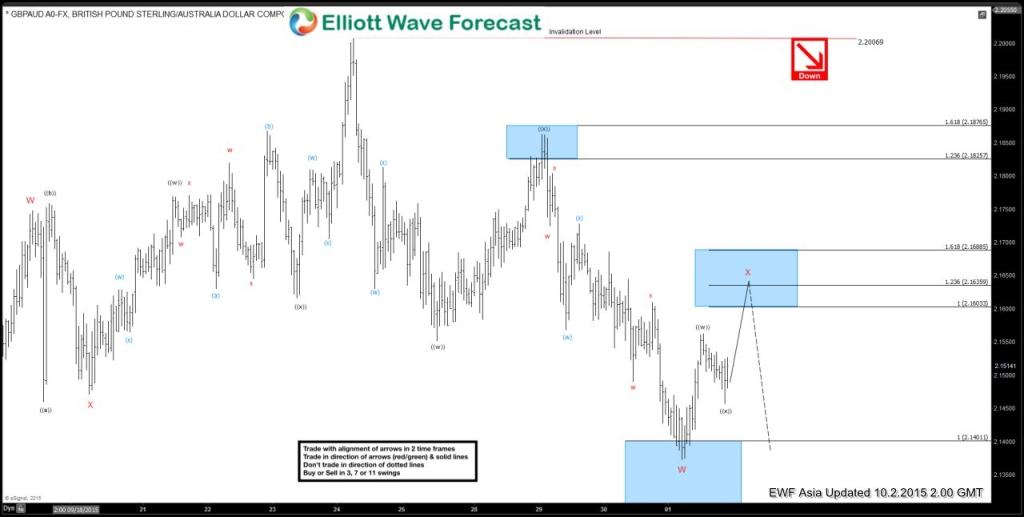 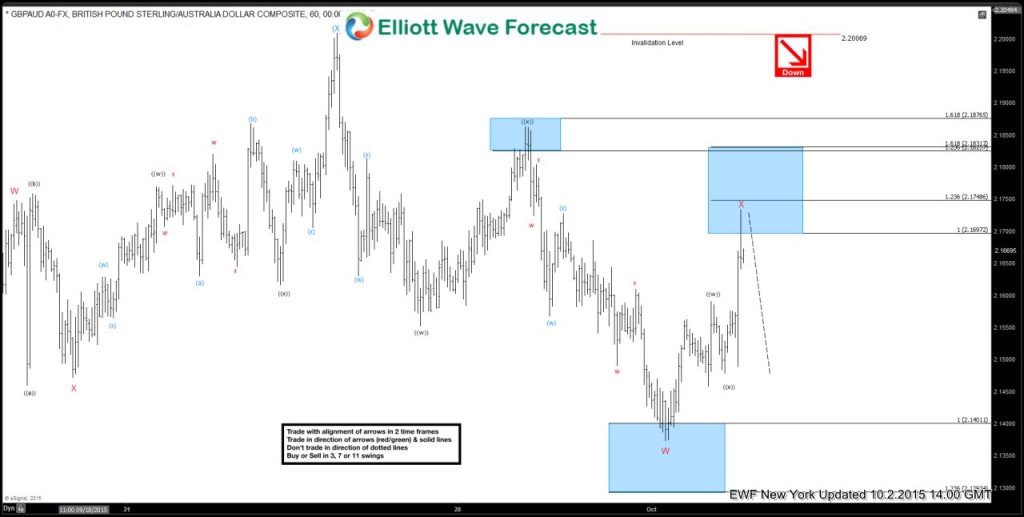 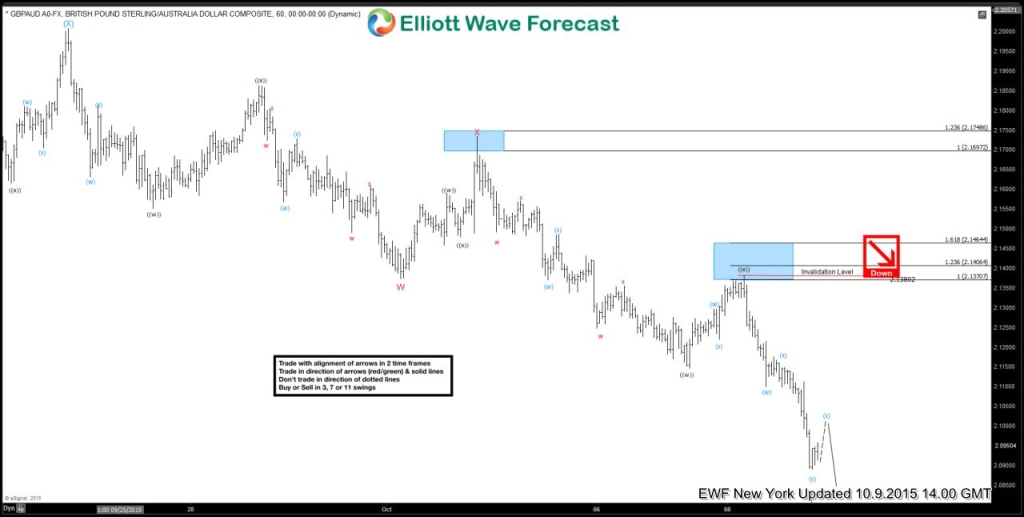 If you are lookin for professional forecasting service, you came to right place.  All you need to do is to sign up here and you will get 14 days EWF Trial for Free !