Since the Brexit vote in June, Poundsterling has fallen 13% against the U.S. dollar and it is now worth 22% less than a year ago. Today the pound worths around $1.27 while a year ago it was worth $1.55. The currency was further under pressure this week after the U.K Prime Minister Theresa May provided more clarity and information on Brexit timing.

She suggested that Article 50 would be triggered by the first quarter 2017. Once the Article 50 is triggered, it will start the formal Brexit negotiation and withdrawal from the European Union, and this involves a lengthy 2 year negotiation with the EU.  The U.K can fully exit the bloc likely by Summer 2019 if the Article 50 is triggered early next year. Sterling swiftly responded by dropping to a fresh 31-year low against the dollar, breaking below the post-referendum level in July.

What types of Brexit 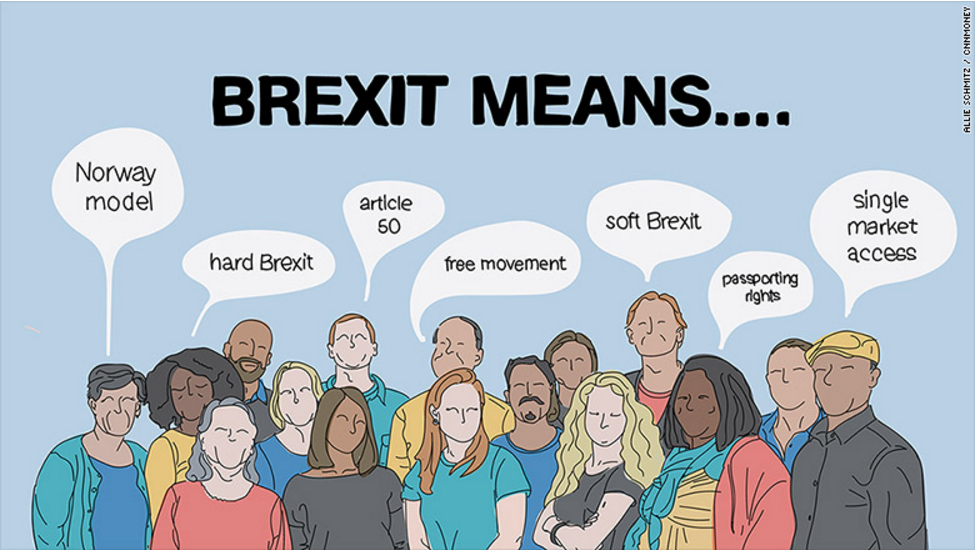 There has been a discussion to what forms of exit will the U.K take: a soft vs hard Brexit. A hard Brexit will likely see UK give up full access to the single market, give UK full control over its borders, make new trade deals, and apply its own laws. A soft Brexit on the other hand would leave UK’s relationship with the EU as close as possible to existing arrangement. It would no longer be a member of the EU but would still keep access to the EU single market. Norway, Iceland, and Liechtenstein, who are not members of the EU, have this kind of model. In returns, these countries are subject to EU law, and also accept the four freedoms of movement of goods, services, capital, and people.

In her speech on Sunday, Mrs. May said “Let me be clear: We are not leaving the European Union only to give up control of immigration again. We are going to be a fully independent, sovereign country—a country that is no longer part of a political union with supranational institutions that can override national parliaments and courts.”

Based on the speech, as a whole it looks as if Mrs May backed the hard Brexit with freedom on immigration law at its core. The uncertainty and risks associated with a hard Brexit is hard to quantify since there’s no precedent for it, but a report commissioned by an industry group suggest U.K’s financial industry can lose up to 38 billion pounds ($48.34 billion) in revenue in the event of a hard Brexit.

Fears of the consequences of the hard Brexit sent pound tumbling down to a new 31-year low against the dollar. The current rate around 1.27 is a level not seen since June 1985. Going forward, the uncertainty surrounding the negotiations can create volatility to the pound as the process of leaving the EU gets underway.

Looking at the charts for Sterling, it has made a new low of the year against USD, AUD, NZD, and EUR after Mrs. May’s speech, suggesting that more downside is likely to complete the bearish sequence. 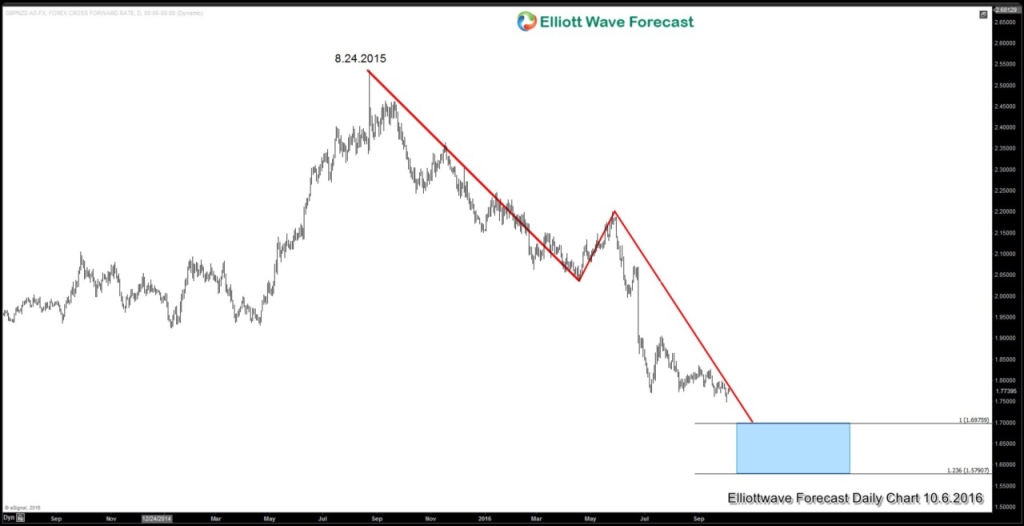 Looking at the daily chart of GBPNZD above, pair has recently broken to a new low after Mrs. May’s speech and we can see that the Elliott wave swing cycle from 8.24.2015 peak looks incomplete to the downside towards 1.697. Market obviously is not a one way move and bounces and rallies can happen along the way in the shorter cycles, but the downtrend looks to be intact overall.

For more analysis, take our free 14 Day Trial to check our work. We provide Elliott wave chart in 4 different time frames for 52 instrument. 1 hour chart is updated up to 4 times a day along with three live sessions, 24 hour chat room moderated by our expert analysts, market overview, and much more!

For free resources, you can check other technical articles at our Technical Blogs and check Chart of The Day. If you are new to Elliott wave, then visit our educational portal below and see how we can help