Since Prime Minister Theresa May announced she stepped down from leadership position, the market has started to adjust the expectation for a hard Brexit scenario. Selling pressure on Poundsterling has intensified as the new prime minister hopefuls Boris Johnson and Jeremy Hunt adopted a hardline approach. Under the previous leadership of Theresa May, market previously anticipated a soft Brexit. This scenario includes access to a single market or maybe a second referendum. This probability now has decreased with the leadership change.

The pound has already lost more than 2% against the dollar since early July. It is also the worst performing currency against the dollar this year. The latest Brexit deadline is October 31. This gives the new British government just over three months to secure a deal that May failed to deliver in three years. Both prime minister candidates said they can get Brussels to change the deal made by May. In order to win the approval by the parliamentary, the new deal needs to change the Irish border backstop clause.

Brexiteers believe if London took a harder line and threatened to leave the EU without a deal, Brussels would be scared and back down. However, there is little indication that the EU intends to give the new prime minister any significant concession. Below we will take a look at a couple of Elliott Wave scenarios and the impact to Poundsterling. 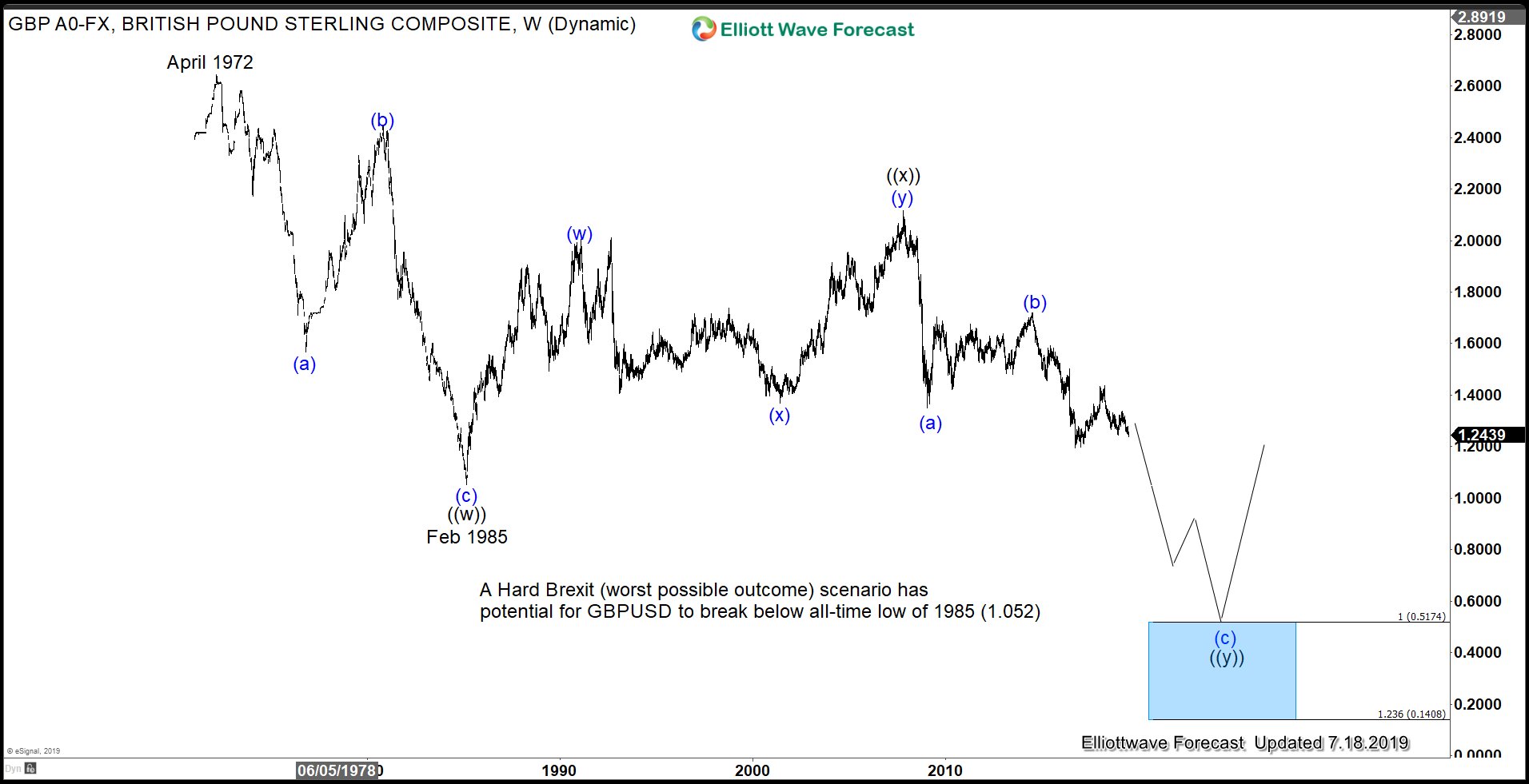 In the worst possible outcome (Hard Brexit) scenario, Cable (GBPUSD) can do a double zigzag from April 1972 high. In the chart above, the pair can potentially break below the all-time low on February 1985 (1.052). A 100% extension from April 1972 high is 0.517. It doesn’t mean the pair will go there for sure if it breaks below 1.052, but the above chart provides the worst case scenario for GBPUSD. 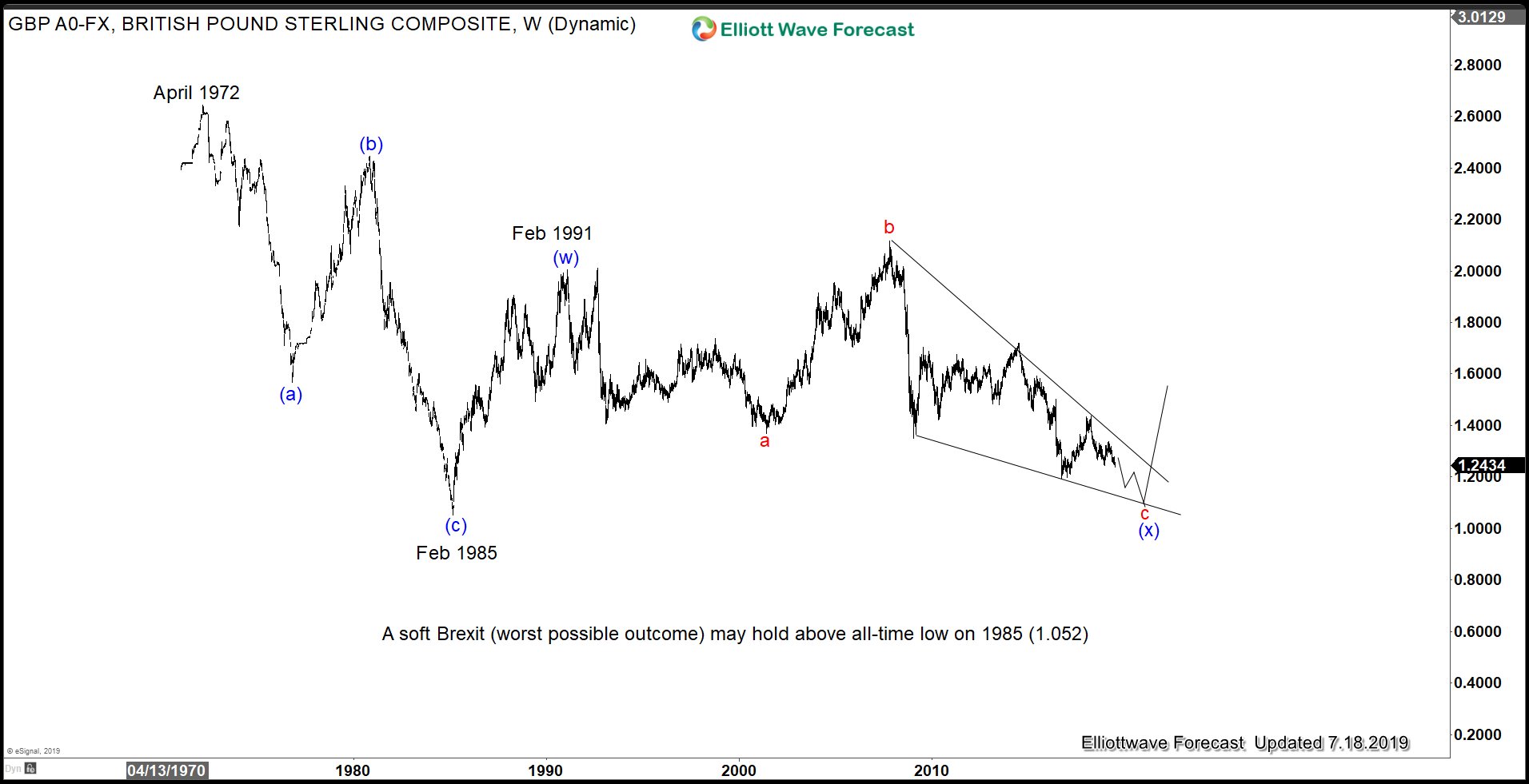 If the new government softens the stance or the new government can secure a deal with Brussels, then Cable has the potential to hold above the 1985 all-time low. In the scenario above, the move lower from February 1991 high is unfolding as an expanded Flat where the pair is within wave c as a diagonal. In shorter cycle, the pair can continue to see pressure. The break below 1985 low however likely won’t happen unless we have a clear outcome in Brexit.