Last week, ECB (European Central Bank) decided to reactivate the quantitative easing (QE) programme by €20bn a month. This time the program will be open-ended until Euro Zone’s inflation and growth outlooks return to satisfactory levels. In other words, it’s quantitative easing in perpetuity. ECB said the purchasing will only end shortly before the next rate hike. Draghi said that a major reason for the decision to reactivate QE is the consistent low inflation expectation below 2%.

The ECB governing councils refuse to answer whether it would increase the term limit of the sovereign bonds it can hold. The current limit is close to be reached. Unless ECB increases the limit, QE won’t be able to last as long as it takes. Other policy measures include lowering the base interest rate to zero. In addition, ECB cuts bank deposit rate by 10 basis point to -0.5%.

ECB slashed its growth and inflation forecasts. It warned that the economic conditions have deteriorated. In the press conference, Draghi said that there’s a broad support for the new monetary plan. However, reports surface that several members of the governing councils opposed to restarting QE. 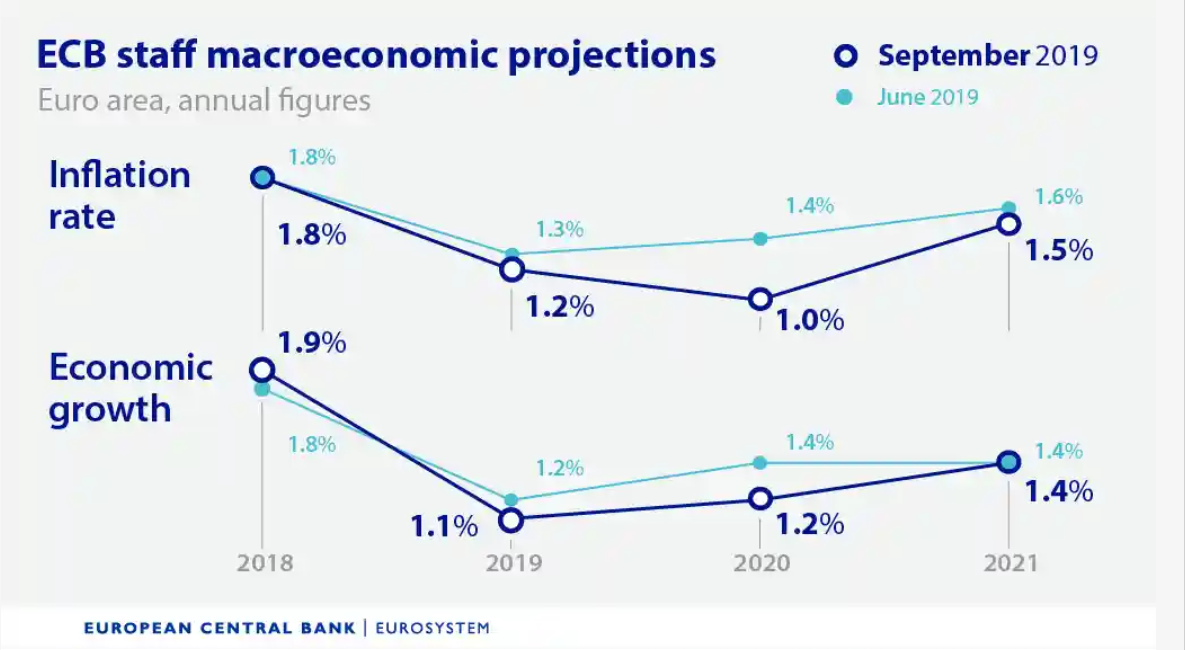 Despite Draghi’s denial that ECB targets exchange rates, central banks often resort to QE to weaken their national currencies. President Trump immediately responded and accused ECB of deliberately depreciating the Euro. He also kept the pressure to the Fed to do the same thing. 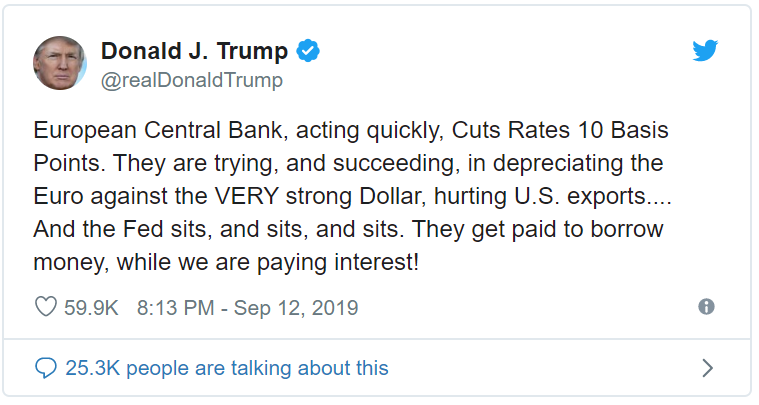 The Euro Dollars initially dropped after the decision but by the end of the day the single-currency fully recovered all the losses and closed higher. Possible reasons include some of the factors above. First of all, ECB facing a decreasing supply of sovereign bonds that it can buy. This acts as a natural limit on how much they can buy. ECB however can increase the limit and change the rules, if necessary. Secondly,  Germany, France, the Netherlands, Austria and Estonia opposed Draghi on restarting QE. Thus, there are some questions on whether the policy can continue to get support once Draghi leaves his position on November.

Below we will take a look at $EURAUD technical outlook using Elliott Wave Theory. 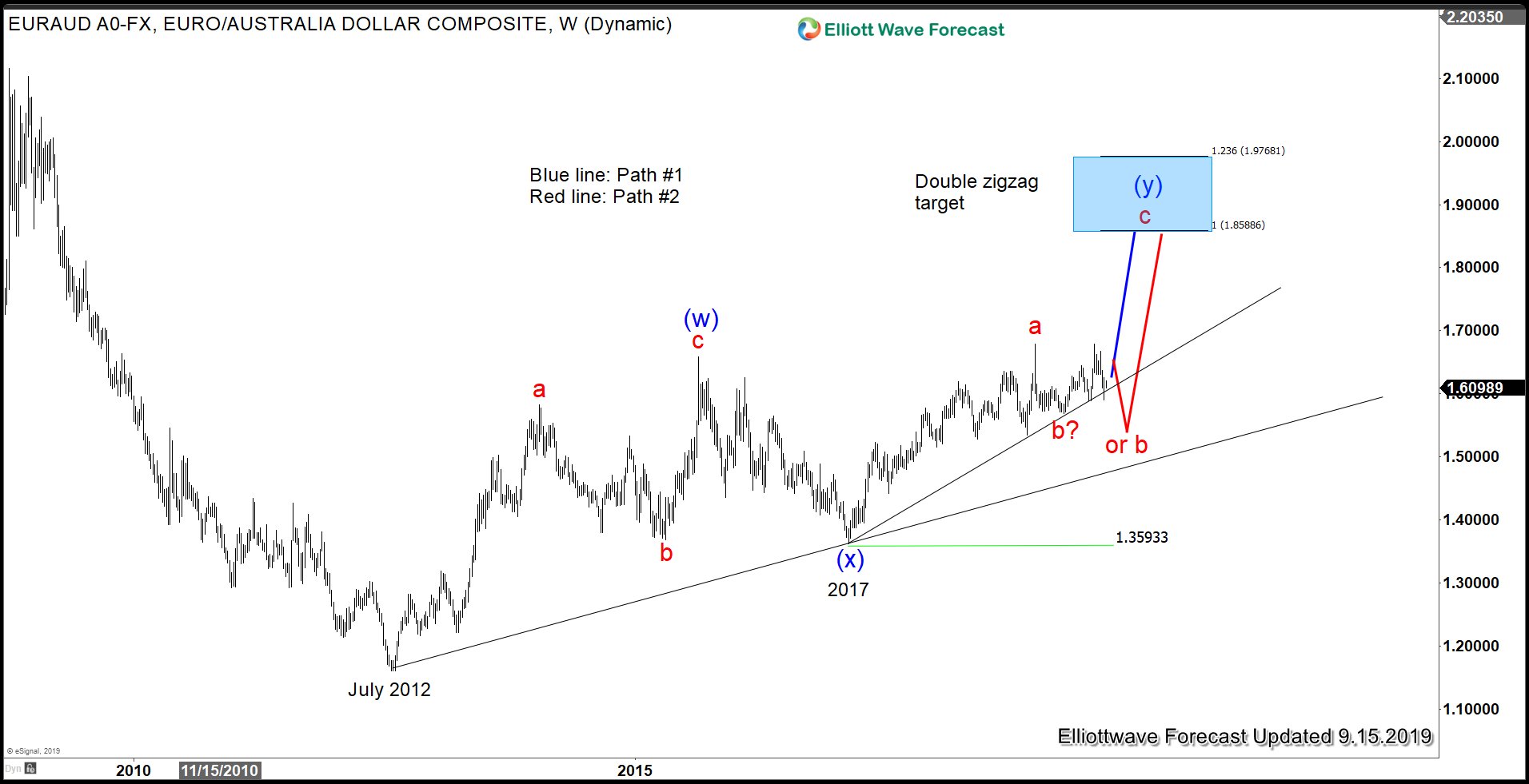 $EURAUD weekly Elliott Wave sequence shows a bullish 5 swing sequence from July 2012 low. This is a structure in Elliott Wave Principle commonly called a double zigzag or double three. The pair held above the rising 2 year trend line from 2017 low last week. Initially it broke below it intra-day during the ECB decision, but by the end of the day and week, it was able to hold above it and closed higher.

The longer term sequence on the pair has not changed and it still favors more upside while above 1.359. The only question is if it’s ready to resume higher to the blue box target of 1.858 – 1.976 (Path #1). Alternatively, it can do another leg lower to end wave b before the rally resumes (Path #2). Last week was arguably the best chance and time for Euro to weaken against other major currencies, but it did not happen. Thus, unless ECB does more such as changing the term limit of the maximum sovereign bonds it can hold, the Euro may have limited weakness.

For more analysis on Euro dollar or other forex pairs, commodities, and equities, join our service and try 14 days FREE trial.