EURCAD is a currency  pair we use to correlate some of the other financial instruments in the markets we cover here at elliottwave-forecast.com. Since  March 19th , 2014 when price was 1.5586, the FX pair has been declining in what appears to be a typical Elliott Wave zig-zag pattern which is a larger degree three swing move.

Wave A lower ended on April 4th at 1.4997 with clear divergence showing in the impulse five wave move and was followed by a smaller degree 3 swing connector ((a)) ((b)) ((c)) wave B  that ended at 1.53057 on April 28th retracing the wave A move a little over 50%. Since then the pair has been following the script of putting in the C wave lower in impulsive fashion with potential target area of equal legs close by at 1.47154 & the 123.6% extension at 1.45761. In this area we expect to see the zig-zag correction end. The wave ((v)) of C should end as did the impulse in wave A by showing divergence at the lows and result in a bounce higher toward 1.5151 which is 50% of the preceding corrective  cycle at a minimum,  and will favor seeing new highs back above 1.55862. Thanks for looking and feel free to come visit our website and take a trial subscription and see if we can be of help. 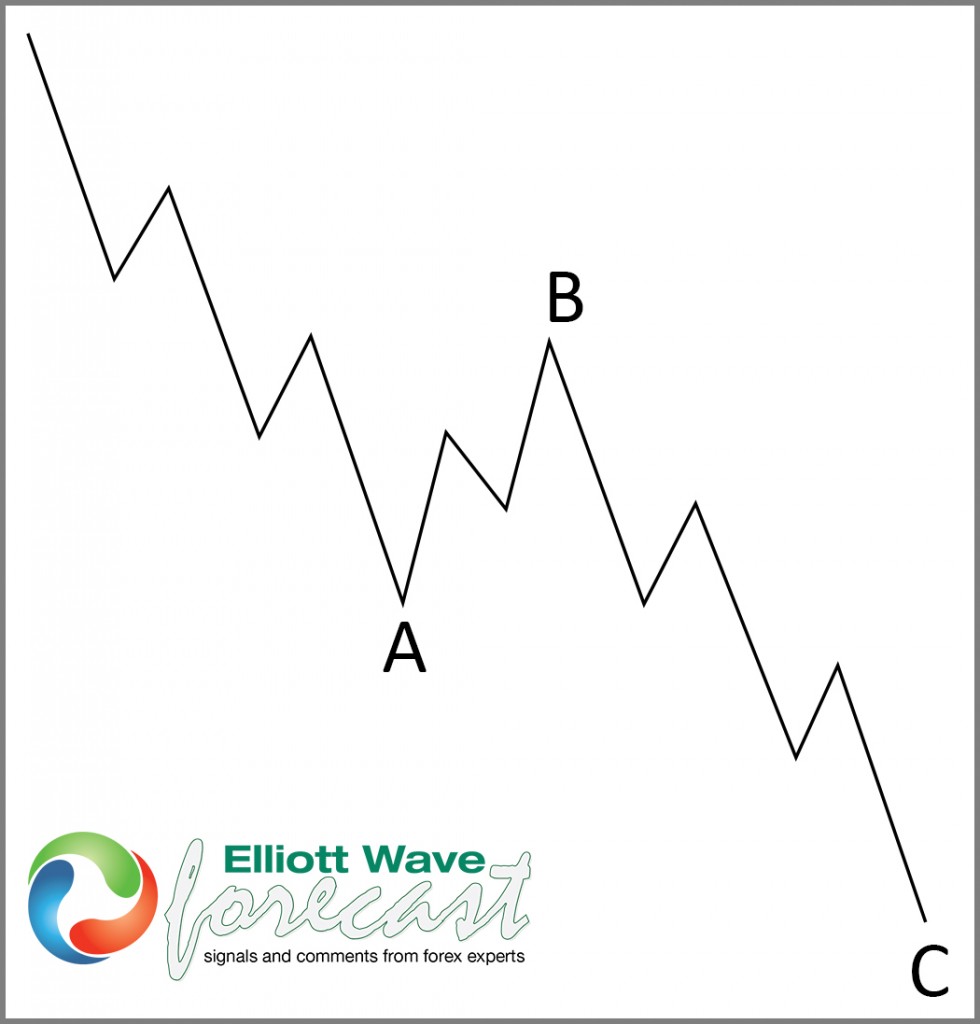