EUR and GBP have seen a strong sell off against Canadian Dollar in the last few weeks and in this article we will take a look at the swing sequences in EURCAD and GBPCAD to present the path of least resistance and also look at the future targets.

EURCAD Cycle from 3.2018 Peak is Incomplete

Chart below shows the cycle from 3.2018 peak is still in progress and with the break below 10.2018 low, 1.43518 – 1.34877 is the next logical target. As far as bounces fail below the peak at point “6”, the target area shown with blue box remains valid. Furthermore, there is a bearish sequence down from 1.2019 peak which also calls for more downside. Structure of the decline from 1.2019 peak could either be a Zigzag Elliott Wave structure or a corrective double three Elliott Wave structure. In either case, the target remains valid as far as bounces remain below 3.6.2019 (1.5228) peak. In case the decline from 1.2019 peak is unfolding as a Zigzag Elliott wave structure, bounces will be shallow and in case it’s unfolding as a double three Elliott wave structure, we could soon see a bigger bounce to correct the decline from 3.6.2019 (1.5228) peak before pair turns lower again. In either case, bounces should find sellers in 3, 7 or 11 swings until 1.43518 – 1.34877 area is not reached. Once this area has been reached, then we expect to see the buyers appearing to produce a larger 3 waves bounce which should correct at least the cycle from 1.2019 peak. 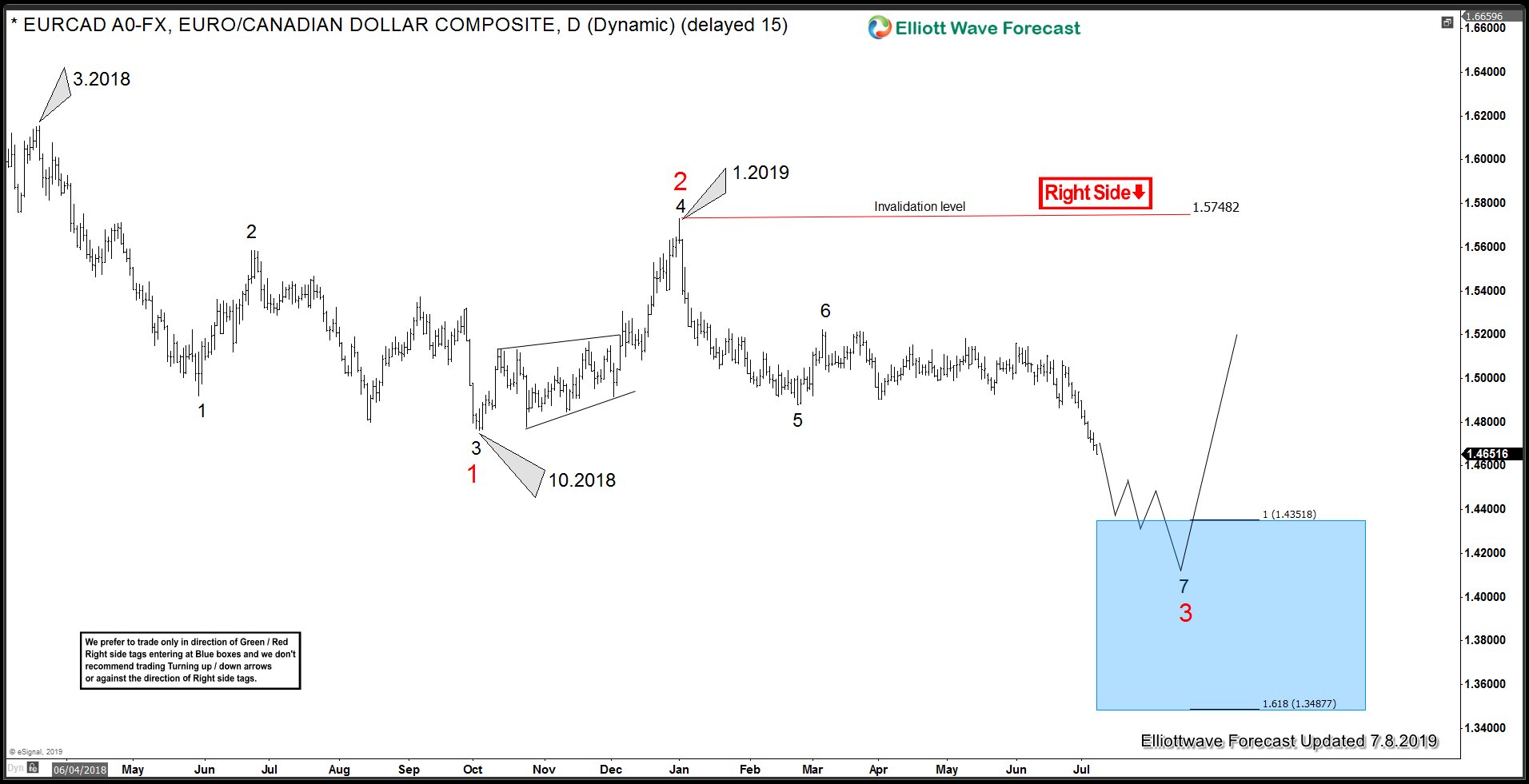