Canadian Dollar had a relief rally last week after the U.S. excluded Canada and Mexico from steel and aluminum tariffs. President Trump’s administration enacted these tariffs under section 232 Trade Expansion Act of 1982 on the ground of national security. President Trump said that the importation of steel and aluminum was “in such quantities and under such circumstances as to threaten to impair the national security of the United States.”

Sentiment has become increasingly bearish in Canadian dollar over the past few weeks before the exemption announcement. The reason is because Canada is America’s number one steel supplier with 16.5% market share and also America’s number one aluminum supplier. However, despite the relief rally in Canadian Dollar, the tariff exemption is only temporary. The administration wants to use this exemption as a lever to get a NAFTA deal. Trump said: “We’re going to hold off the tariff on those two countries to see whether we can make the deal on NAFTA.”

The Administration makes it no secret that the 25% tariffs on steel and 10% tariff on aluminum are directed primarily towards China. The administration has long criticized China with unfair trade practices by flooding the US market with cheap commodities. What makes this move controversial however is the fact that China only accounts for 2% of U.S. steel imports. On the other hand, U.S. allies such as Canada (16.5%), European Union (14.5%), and South Korea (10%) account for much larger share. No wonder critics have warned that steel tariff will do more harm to U.S. allies than it would do to China. Critics have also said that President Trump has started a global trade war and will hurt global growth as well as industrial metal’s demand. 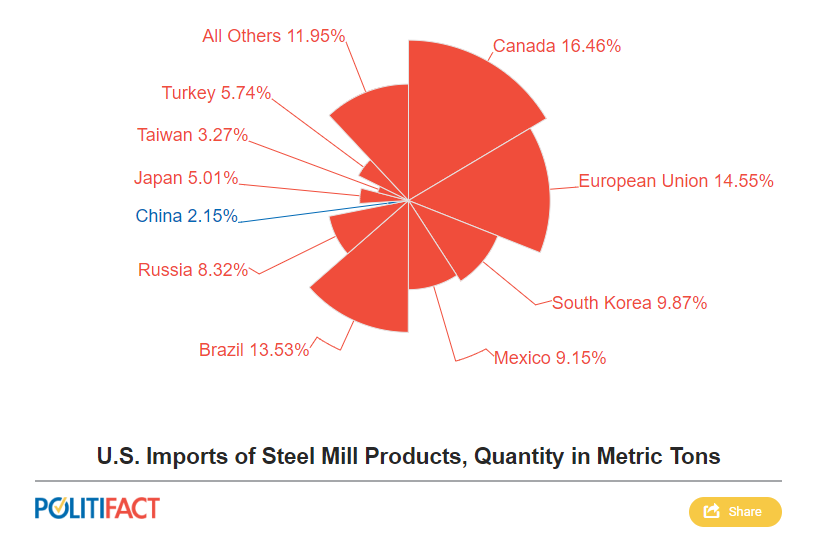 The Commerce Department however was unable to quantify Trump’s claim. Their latest report says that an unknown portion of Chinese steel is further processed in third-party countries before entering the United States. Thus, there is no solid evidence to back up the claim. Experts have also argued that it’s not a transshipment if third party countries perform value added conversion from Chinese steel raw materials before exporting to the U.S. The word transshipment implies the same piece of metal arrives in third party countries, then reshipped to U.S. without any transformation. 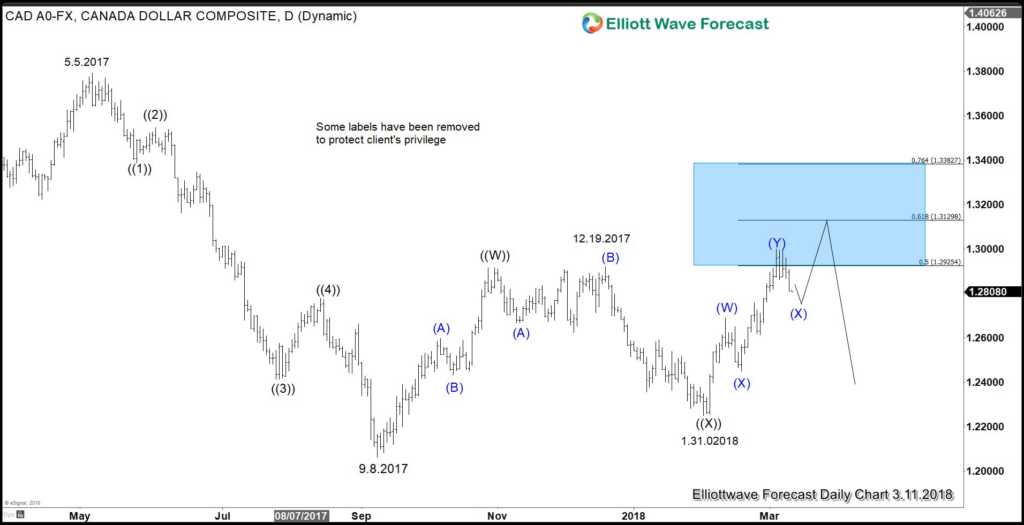 If you enjoy this article, check our work and just click –> 14 days FREE trial to get access to Elliott Wave charts for 78 instrument, trading signal, 24 hour chat room, and much more.