Above from there, the pair has made a strong rally to the upside in an impulse Elliott Wave structure. Due to the 5 waves impulse, it favors the continuation higher in Intermediate wave (3). However, a break above 4/13 high 85.75 is needed for the final confirmation of the next leg higher. Until then, a double correction lower in intermediate wave (2) still can’t be ruled out. Near-term, as far as dips remain above 83.87 low, expect pair to resume higher. We don’t like selling it. 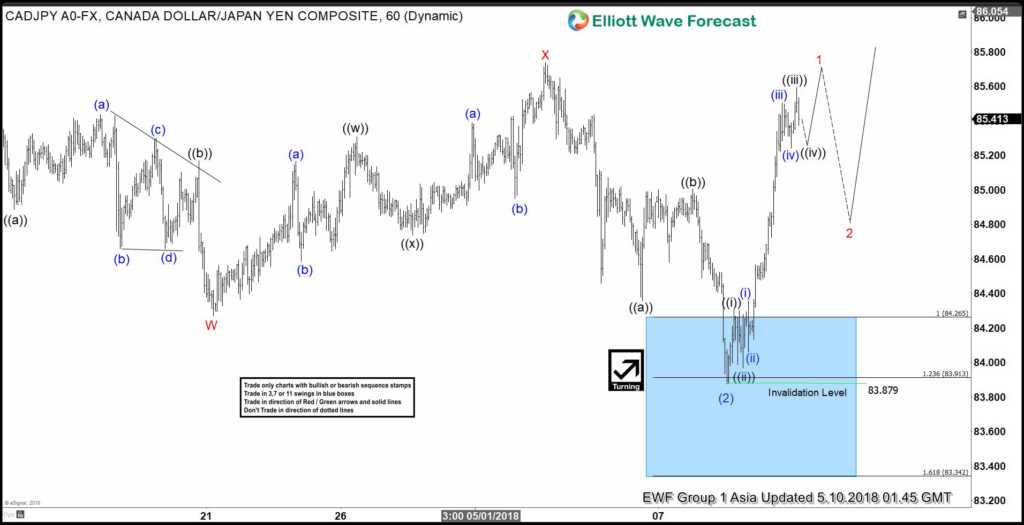