Oil price crashed more than 30% and reached a low of $27 earlier this week.  OPEC’s failure to agree on further production cuts and Saudi Arabia/Russia price war has driven crude oil to the low last seen in January 2016.  Commodity currencies such as Canadian Dollar (CAD) and Norwegian Krone (NOK), which are oil-sensitive, were understandably hit hard. Both currencies dove again on Thursday. The World Health Organization (WHO) declared that the coronavirus outbreak is a pandemic. Soon after, US President Donald Trump announced a travel ban from Europe to the US for the next 30 days. This came at the worst possible time for oil prices. Market is concerned that the travel ban will hit fuel demand. With coronavirus still lingering, oil price crisis offer no end in sight in the near time. Therefore, CAD and NOK could see more weakness, especially against US Dollar. 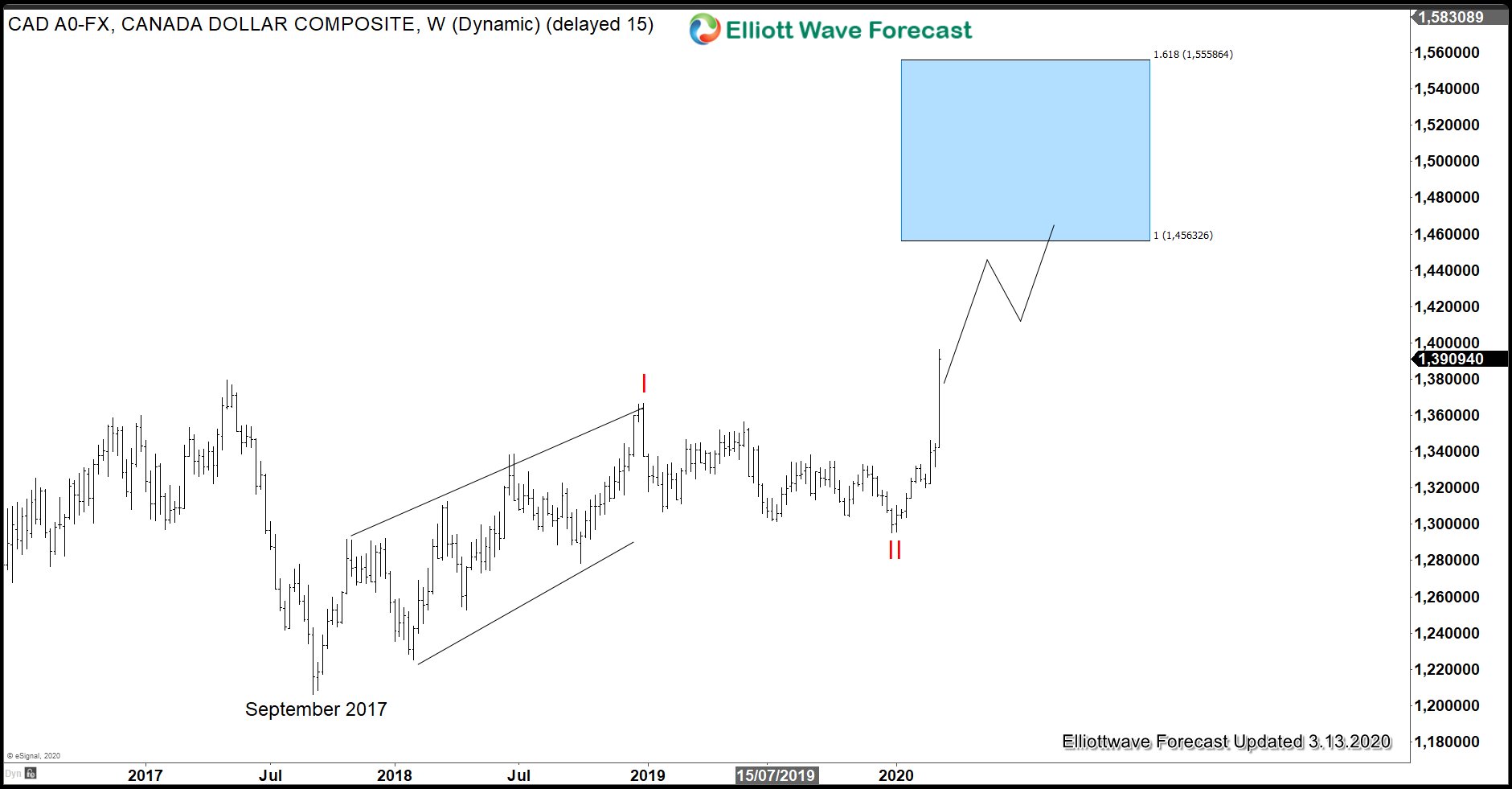 Long term Elliott Wave view from the weekly chart suggests that USDCAD has an incomplete sequence. The cycle from September 2017 has ended as a 5 waves impulse Elliott Wave structure at 1.3664 high.  The pair then corrected against that cycle and ended at 1.3050 low. Up from that low, the pair has extended higher and has broken above previous 1.3664 high. The 100% -161.8% extension area where the next move higher can target is at 1.4563 – 1.5558 area. 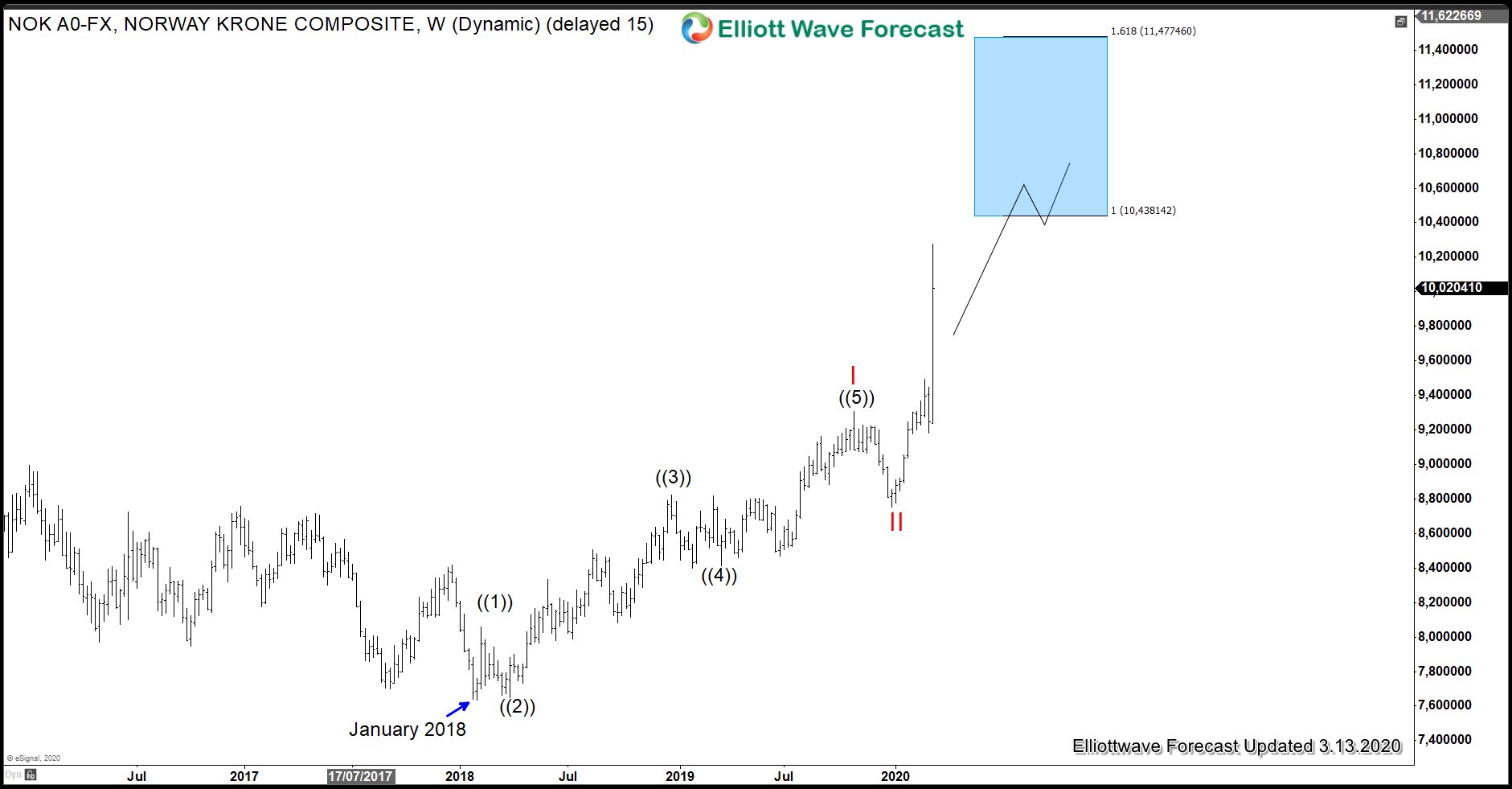 We cover 78 instruments in 4 different time frames. Please check out our services Free for 14 days to see and learn how to stay on the right side of the market and to trade blue boxes using the 3,7, or 11 swing sequence.