Six years ago in 2012, Euro zone was in the midst of crisis, with bailouts of Greece pushing the Euro to the verge of a collapse. Peripheral European countries like Greece, Portugal, Italy were unable to sell government bonds without offering significant yield.  In order to convince international investor, ECB President Mario Draghi back in July 26, 2012 famously made the remark: “Within our mandate, the ECB is ready to do whatever it takes to preserve the euro. And believe me, it will be enough.” ECB then announced a program to buy the bonds of distressed member countries. It never ended up using this program as the promise was enough to calm investors. It eventually launched a bond buying (QE) program in 2015. However, the Euro Zone’s peripheral yields have already stabilized by then as chart below shows: 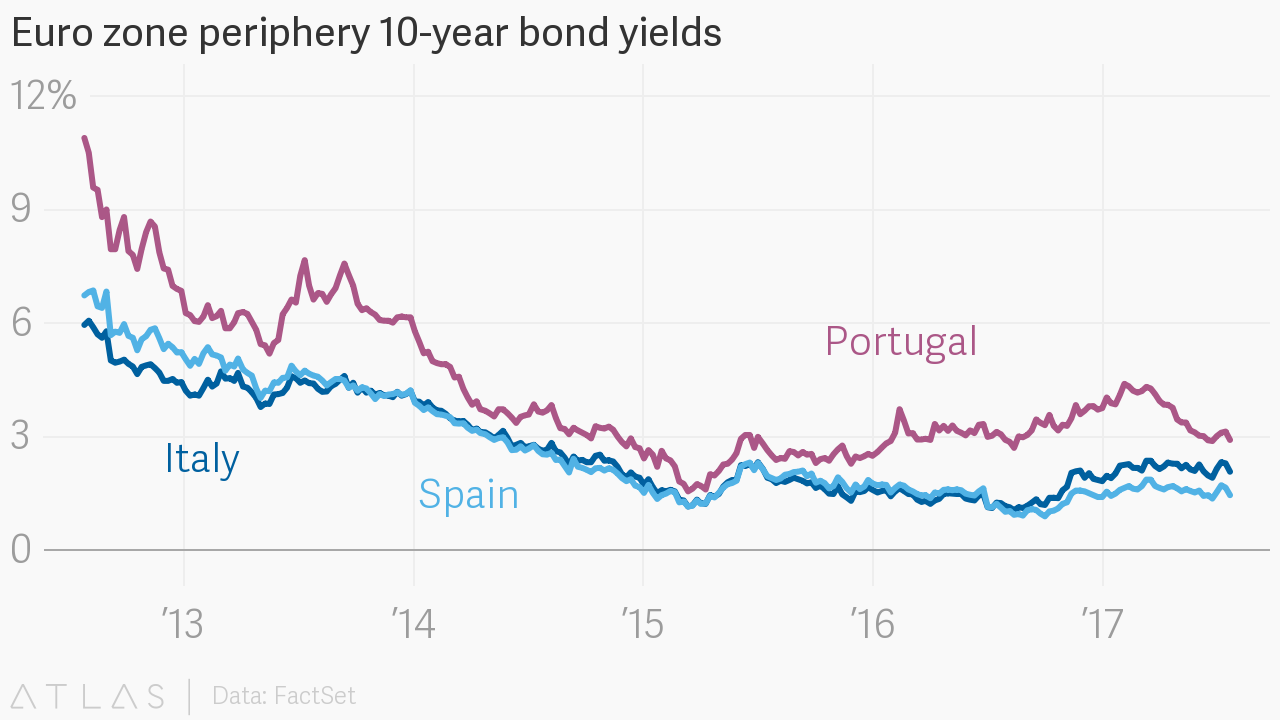 Fast forward to today, ECB has confirmed on 13 December that it would end the Quantitative Easing program after almost 4 years.  The bank has also left its guidance on interest rate intact. Interest rate will stay unchanged at least through the summer of 2019 or longer. ECB will also continue to reinvest the proceeds from maturing securities for as long as necessary. So is Quantitative Easing successful? At the outset, it helped to improve the region’s growth, stabilize financial market (bond, currency and equities market). It’s however too early to judge the long term implication.

In the chart below, we will look at a Euro cross pair (EURAUD). The pair looks bullish and we can see that the QE in 2015 did not really weaken Euro much further. Now that the Euro Zone has stabilized and the program ended, there’s a chance that the pair can continue the bullish move in 2019. 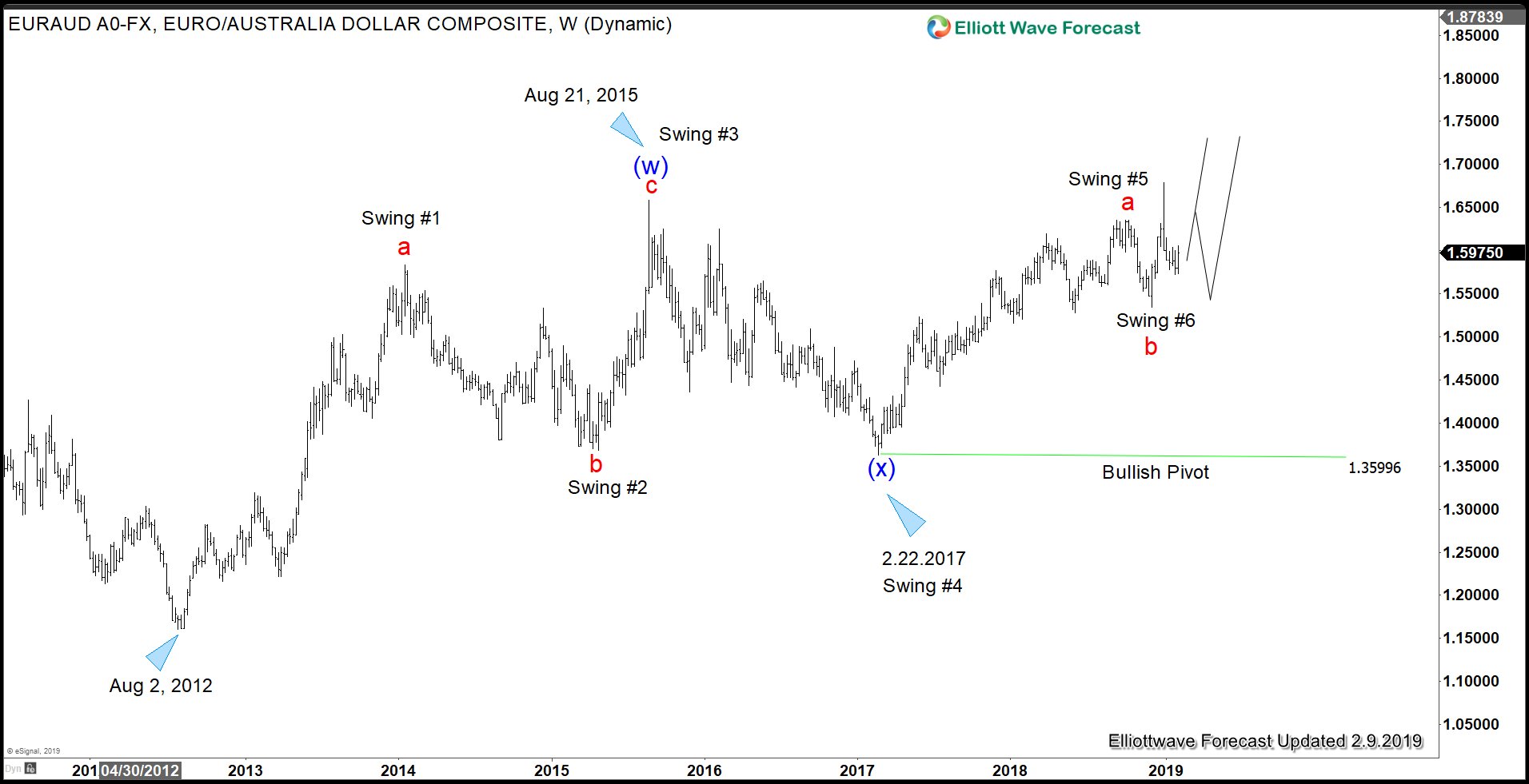 Weekly Elliott Wave chart of EURAUD above shows that pair has a higher high sequence from 2.22.2017 low. If it breaks above Aug 21.2015 high (1.6585), it will show a larger degree bullish sequence from Aug 2, 2012 low. The rally from Aug 2, 2012 low is unfolding in a double three Elliott Wave structure. A double three Elliott Wave structure is a 7 swing structure, labelled as WXY. This structure suggests that EURAUD should continue to trend higher as far as it stays above 1.533 in first degree, and 1.36 in second degree.  Potential 100% target area to the upside in wave (y) comes at 1.859 – 1.977.

It should be interesting to see how this pair affects other Euro pairs. If this pair moves as expected above, then it argues that Euro can be doing pretty well in the first half of 2019 if not the entire year. To get more Elliott Wave Analysis in 4 time frames for 78 instrument, you can click here –> 14 days FREE Trial.