UK Prime Minister Boris Johnson successfully negotiated a new Brexit deal with EU. However, last Saturday the Members of Parliament (MP) rejected his campaign to take Britain out of the EU by the end of the month. Mr. Johnson was instead forced to seek an extension that he had vowed never to pursue.

Mr. Johnson formally applied another extension of UK’s departure in an unsigned letter. He also sent a separate signed letter to the president of EU Donald Tusk suggesting not to extend. This week, Mr. Johson will present his Brexit legislation to a debate in the House of Commons. He will also make a case of program motion, an accelerated three day timetable for the bill to pass through the House of Commons.

The Prime Minister may have enough votes to get approval for the deal. However, MPs may not accept the request for speedy timetable to rush the law through Parliament. Without the 3-day timetable, Mr. Johnson does not have a chance to meet the Brexit deadline by November  31. Mr. Johnson has threatened to pull the Brexit bill if the MPs reject the accelerated timetable and go forward with a general election.

We will get a better idea around 7 pm in London later today whether the Parliament agrees with the general principles of the bill. Afterwards, there will be another vote on the three-day timetable for passing the law.

The longer term Elliott Wave technical outlook of GBPNZD and GBPAUD seems to anticipate a good outcome for the UK and thus Poundsterling. Market seems to be positioning for an eventual deal sooner or later. The cost of no deal is too much for the UK and EU, so there’s a great incentive to avoid that outcome for both parties. 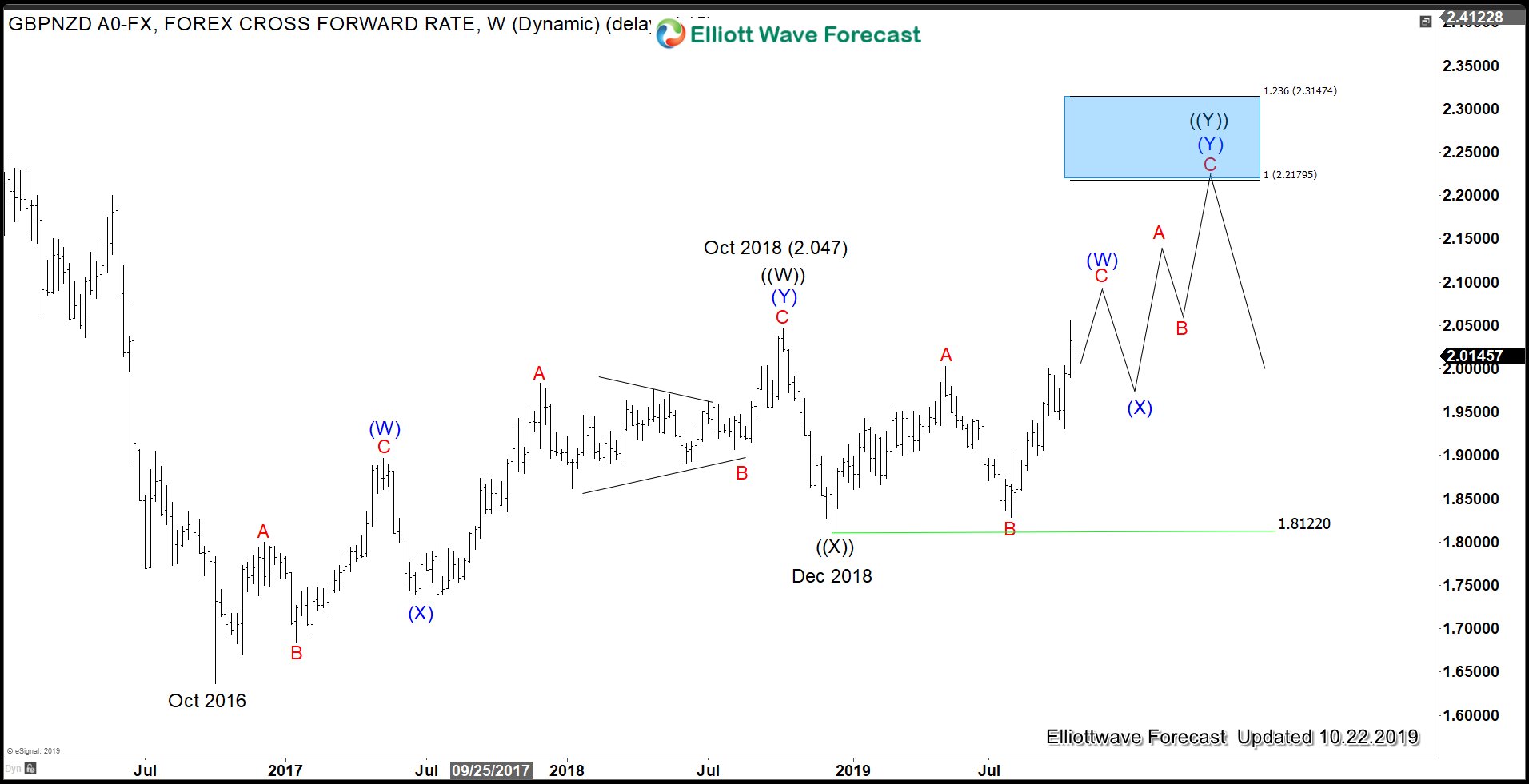 $GBPNZD managed to break above October 2018 (2.047) after the breakthrough between the UK and EU. The pair is now showing a bullish sequence from October 2016 low favoring more upside while dips stay above 1.812. Near term, however, cycle from December 2018 low may end soon and pair doing a larger pullback before the rally resumes. If Mr. Johnson successfully get the Brexit Plan as well as the accelerated time table, the pair may extend higher directly to the blue box as an impulse. However, if MPs reject the plan or the timetable, then the pair can see larger pullback to correct cycle from December 2018 low before the rally resumes. 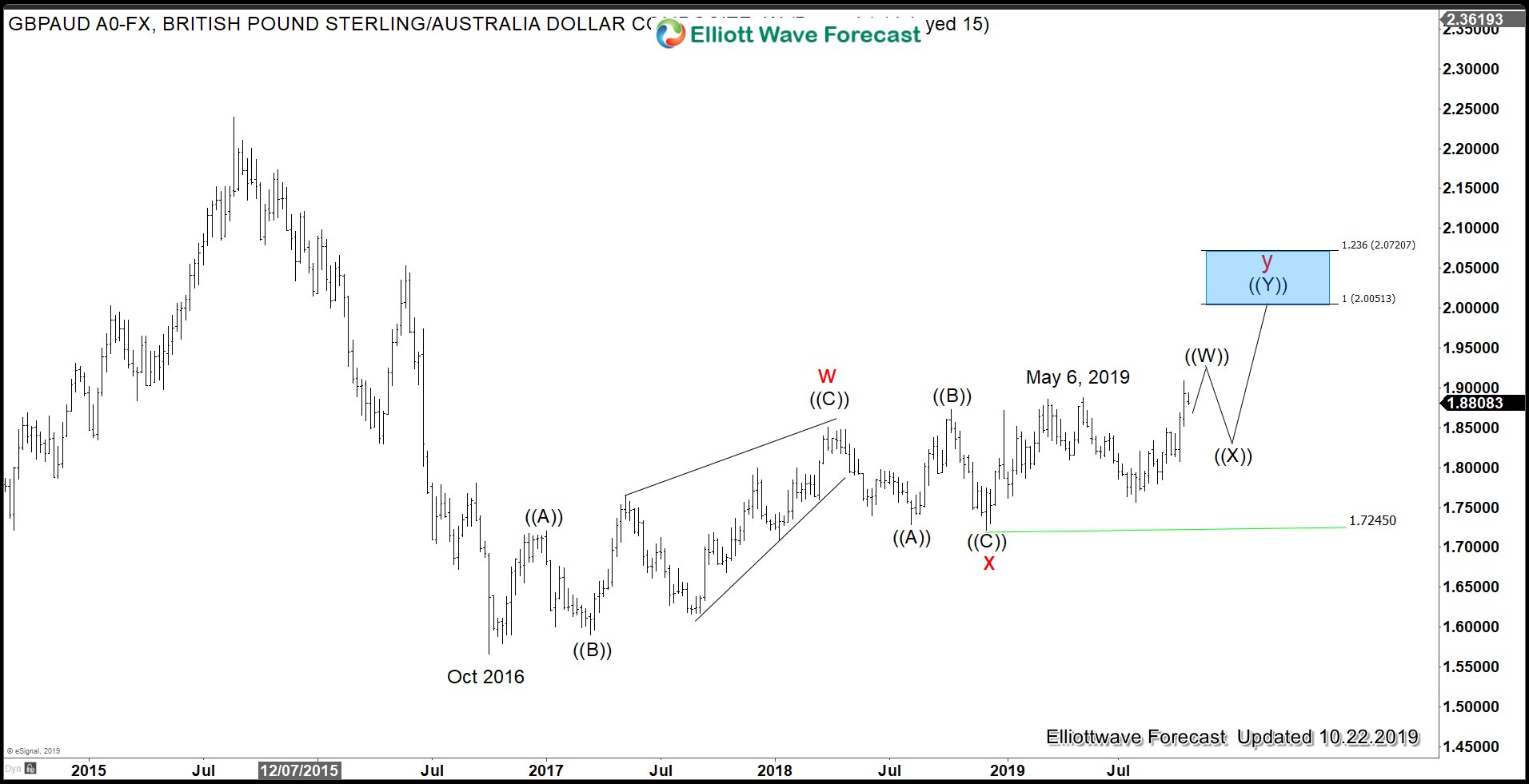 $GBPAUD last week broke above May 6, 2019 high (1.888), showing a bullish sequence from October 2016 low and favoring more upside. Near term, it has also reached 100% from Dec 2018 low (1.7245) and thus may see a larger pullback in wave ((X)) first before the rally resumes. Similar to GBPNZD, if Boris Johnson can get the MPs to approve the deal as well as the timetable, then the pair may rally straight to the blue box. However, if the MPs reject the deal or the fast-track timetable, then a larger pullback can happen before the rally resumes.

For further update on these pairs, other forex, indices, and commodities, feel free to take our 14 days FREE Trial.