At the begining of September 2014. our Elliott Wave analysis for AUDUSD was calling for the 300 pips drop. As we can see on this H4 EWF chart ,decline from the 0.95046 high was marked as complex double three structure – wave(A) which is done at 0.92354 and we were in in wave (B) recovery which had taken form of double three structure. At that time our members knew the recovery (B) in AUDUSD was about to complete and another bearish cycle was expected to take place toward 0.9079-0.8978 area.

Let’s take a look at H1 Elliott Wave charts from the 04. September 2014. to see how we were  guiding our members through this pair. 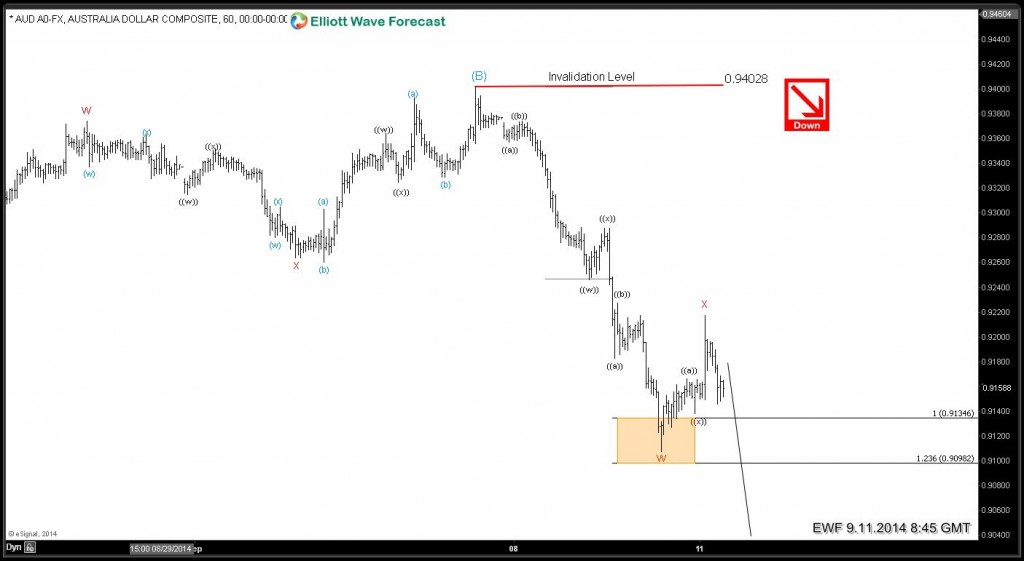 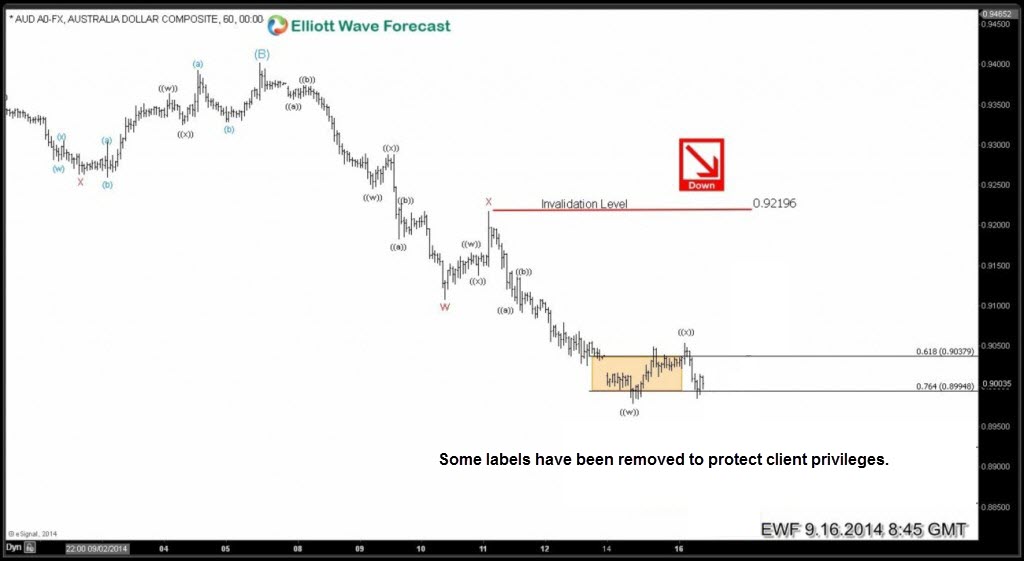 If you would like to have access of EWF analysis in real time we invite you to join us.  You have an opportunity to sign up for Trial here and get acces of Premium Plus Plan in 2 weeks. We provide Elliott Wave charts in 4 different time frames, 2 live webinars by our expert analysts every day, 24 hour chat room, market overview,daily and weekly technical videos and much more.

If you want to become a Successuful Trader & master Elliott Wave like a Pro, we advise you to attend every day EWF Live Analysis Sessions (or watch recording later) , you will learn a lot from our Market Experts. More about subsription plans you can find here . Welcome to EWF !