The Bank of Japan (BOJ) will have a meeting this week on Friday, Jan 29 to decide on monetary policy and they are going to have a tough decision to make. Having introduced asset purchase program in 2013, dubbed as QQE (Quantitative and Qualitative Easing) and then in 2014 expanded the program to 80 trillion Yen ($665 billion) per year, today BOJ still face the same problem that they battled three years ago, that is persistently low inflation.

The goal of QQE, as BOJ explained it in April 2013, is to achieve price stability (inflation) target of 2% at the earliest possible time. Initially they target 2 years time frame to achieve the 2% inflation goal, so what is the result after almost 3 years of asset purchase?

As of Jan 20, 2016, BOJ’s balance sheet asset has risen to 389.6 trillion Yen, compared to 174.7 trillion Yen at the start of the QQE in April 2013. That is a 123% increase in the monetary base and still growing. Furthermore, measured as a percentage of GDP, BOJ’s balance sheet today stands at more than 50%, a much higher ratio compared to other countries experimenting with QE. All this is to say that BOJ is doing the experiment at a much grander scale. 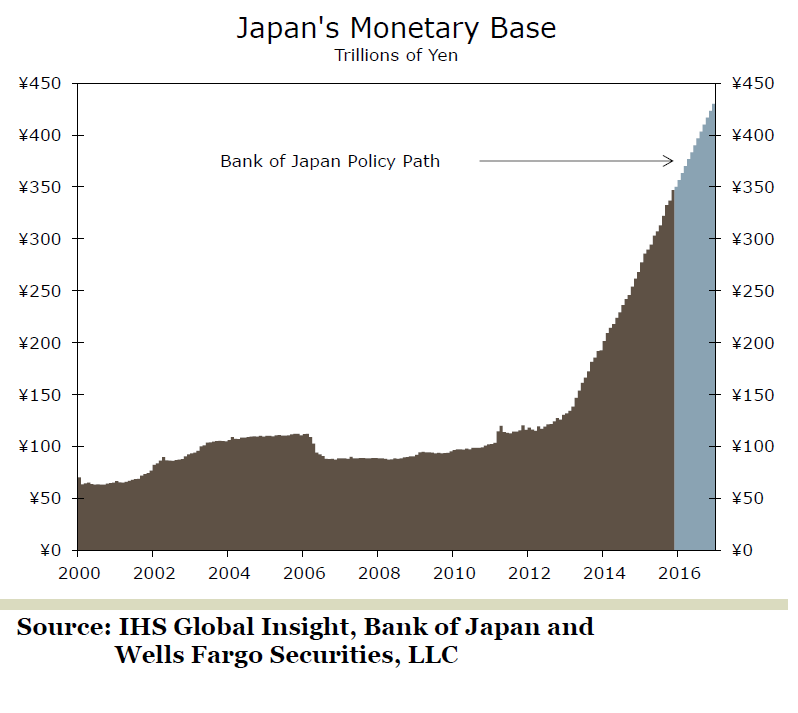 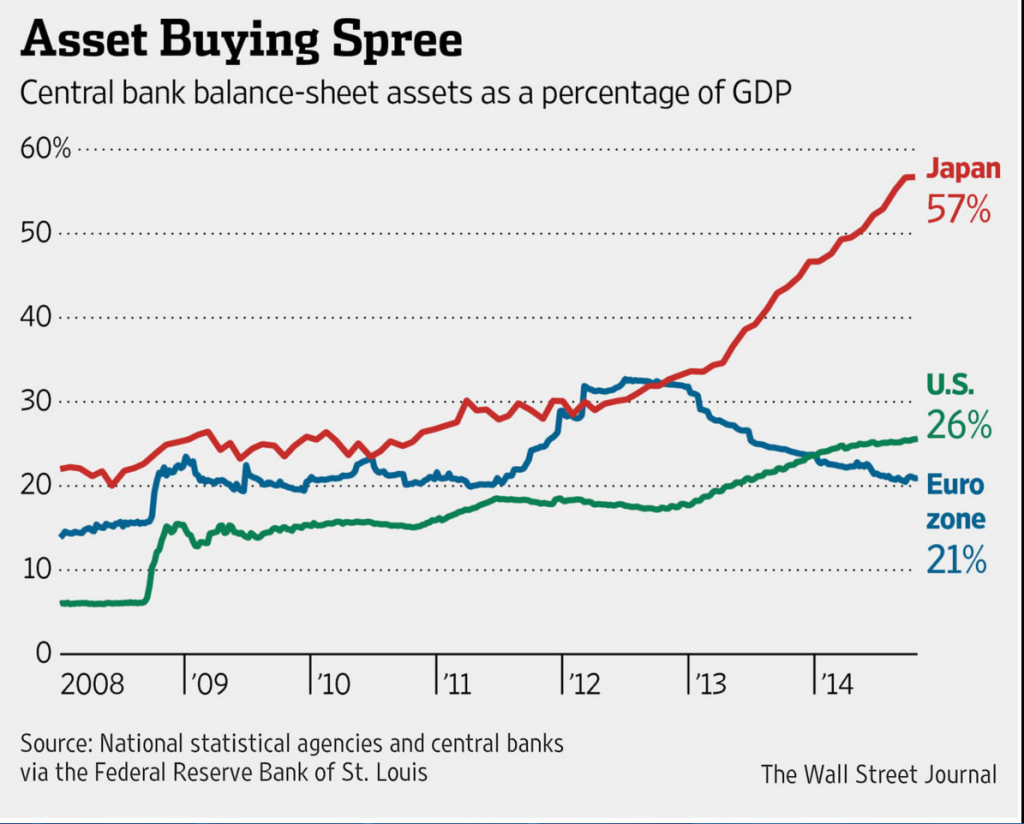 Since the last inflation reading in 2015, oil price has dropped another 30%, and further decline still can’t be ruled out. Nikkei and global stock market have declined in double digit territory. The Japanese Yen has strengthened 8% versus U.S Dollar from the peak last year at Y125.85.

All this new development is going to further undermine BOJ’s goal of creating virtuous cycle from higher inflation expectation to higher wage growth, to positive inflation, to greater consumption, and so on. BOJ Governor Haruhiko Kuroda has said many times that he’s ready to do whatever it takes to beat deflation. He has also said that BOJ can do the QQE as long as necessary and act more if needed.

However, latest report by IMF (International Monetary Fund) points out that BOJ can’t continue to buy government bonds at the current pace as they will soon run out of willing sellers, and they may need to start tapering bond purchases in 2017 or 2018. Indeed market participants are starting to be skeptical with BOJ’s willingness and ability to continue the asset purchase program and BOJ’s meeting this week will test the credibility of the institution.

On the surface, the condition looks to be in place for BOJ to ease further. After being relatively quiet for the first two weeks in 2016, BOJ governor Haruhiko Kuroda last week sounded more vocal with his rhetoric that he is prepared to take bolder action and “do everything we can”. However, with the constraints explained above, it remains to be seen if BOJ will actually pull the trigger. If BOJ does not take additional action this week, they risk giving the impression to the market that they are out of ammunition, and this may create further Yen strengthening and risks their inflation goal being unmet. On the other hand, further easing may entail other risks explained above and that doing more of the same may not necessarily solve the problem.

It’s worth to mention that Mr. Kuroda has not given any hint for further stimulus in his interview at Davos last weekend. But then again he also gave an optimistic economic outlook just before he announced asset purchase expansion in 2014. Either way, it will be a tough decision for BOJ to make this coming Friday.

Should the Bank of Japan decide to expand the asset purchase program this week, it’s likely that Nikkei and Yen pairs could see strong relief bounce.

Interesting pairs to watch this week is $GBPJPY: 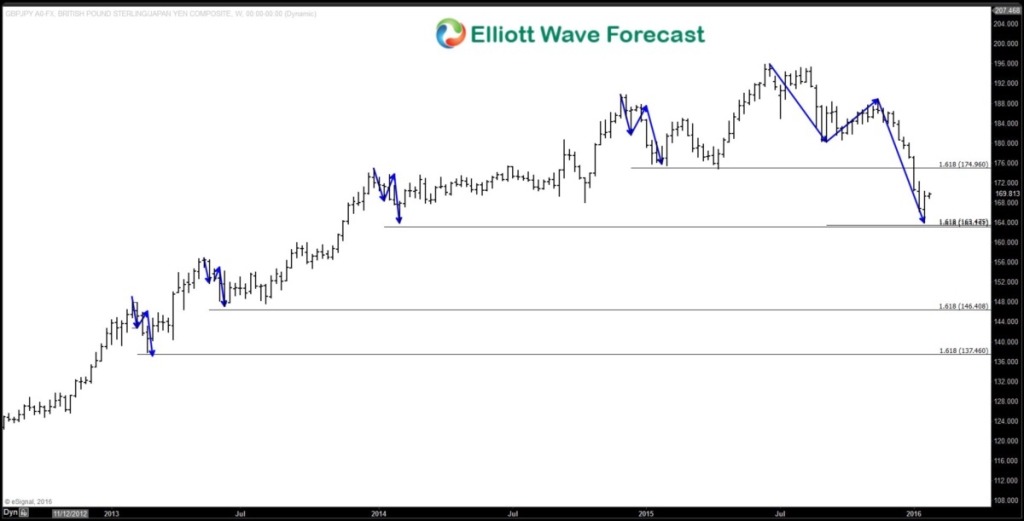 As the chart above shows, $GBPJPY is a pair that likes to do a 3 swing move where the third swing is equal to 1.618 extension of the first swing. From June 2015 peak, it has made a 3 swing move with third swing reaching 1.618 extension of first swing. If BOJ takes more action this week, this pair may see further bounce to at least correct the decline from November 2015 peak.

If you want to know further how to use this information to trade Nikkei, $USDJPY, $GBPJPY, or other forex pairs and Indices using Elliottwave technique, sign in today for a limited 14 days FREE trial to see our Hourly, 4 Hour, Daily and Weekly Elliott wave chart and find inflection areas to trade.