The combination of commodity selloff, prospect for more U.S. Dollar interest rate hikes, and Emerging Market capital outflow has put pressure in risky assets to start 2016. In this environment, USD performance is mixed: rising against commodity-linked and Emerging Market currencies, but not doing as well against Developed Market surplus currencies. Current dynamics in fact repeat the dynamics seen in August 2015 where Euro dollar and Japanese Yen gained sharply against most currencies.

Latest COT (Commitment of Traders) data in Jan 12 from CFTC confirms that leveraged funds continue to reduce their bullish bets on U.S dollar, especially against Euro dollar and Japanese Yen. According to Reuters calculation, in total, net long USD position drops to the lowest level in 2 1/2 months from $28.78 billion in the week ended Jan 5, to $25.29 billion in the week ended Jan 12.

Looking at the breakdown in COT, the entire US Dollar selloff is concentrated in two currencies: the Euro and the Yen. 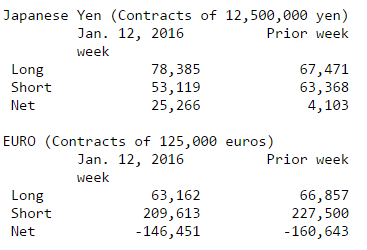 Correlation analysis also confirms the inverse correlation between EUR and risky asset as chart below shows: 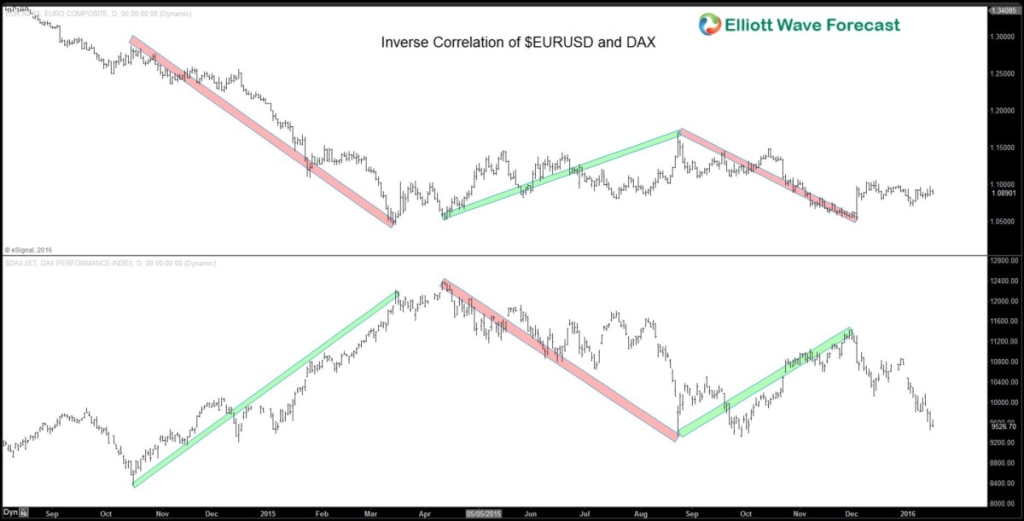 This natural dynamic between Euro and risky asset was briefly interrupted last year when Mario Draghi from ECB gave a signal for further Quantitative Easing measure. However, in the December’s meeting last year, ECB failed to increase the size of the Quantitative Easing and disappointed the market. ECB instead chose to cut deposit rate by 10 bps and extended the QE program by six months until March 2017. Market expectation has since been paired back and Euro has moved higher again, gaining mostly against crosses.

Despite ECB expressing confidence that the additional measures introduced in December are adequate to achieve the 2% inflation goal, existing headline Euro CPI data is still flat, and core rate remains well below the ECB’s 2 percent target, as chart below shows. Thus, it remains to be seen whether ECB will consider further measure or adopt a wait-and-see approach.

Market currently does not expect ECB to act again soon. If the existing dynamics hold, this suggests that the Euro may continue to get support as long as market volatility remains elevated. However, traders would keep searching for clues in future ECB meetings to assess ECB’s current thinking and intention. The next ECB meeting will be on Thursday 1/21/2016.

At Elliottwave-Forecast, we were able to take advantage of the dynamic explained above and advised our members to go long $EURCAD from 1.43 last year and still remain long at the time this blog is written with floating profit of 1600 pips and locking in 760 pips. Past chart below on December 3 shows we were long from 1.43, highlighted in green 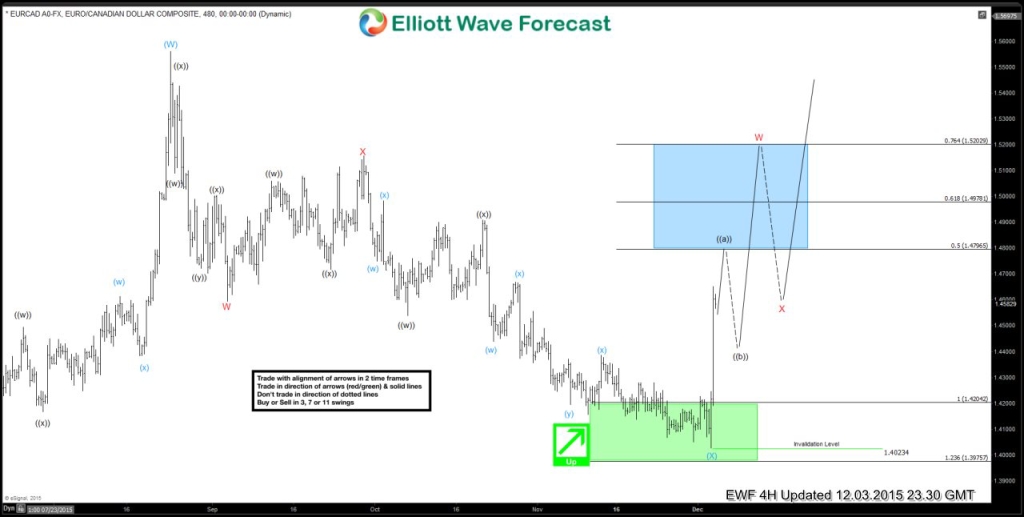 If you want to know further how to use this information to trade Euro Dollar, DAX, or other Indices using Elliottwave technique, sign in today for a limited 14 days FREE trial to see our Hourly, 4 Hour, Daily and Weekly Elliott wave chart and find inflection areas to trade.