Let’s take a look at H4 Elliott Wave charts from the 10. September 2014. to see how we were guiding our members through the $SPX price structure.

SPX October  02/2014
Wave III is in place at 2019.83 , wave IV is in progress … The price has entered technical are from where short term recovery might be seen before another leg lower takes place to complete wave IV 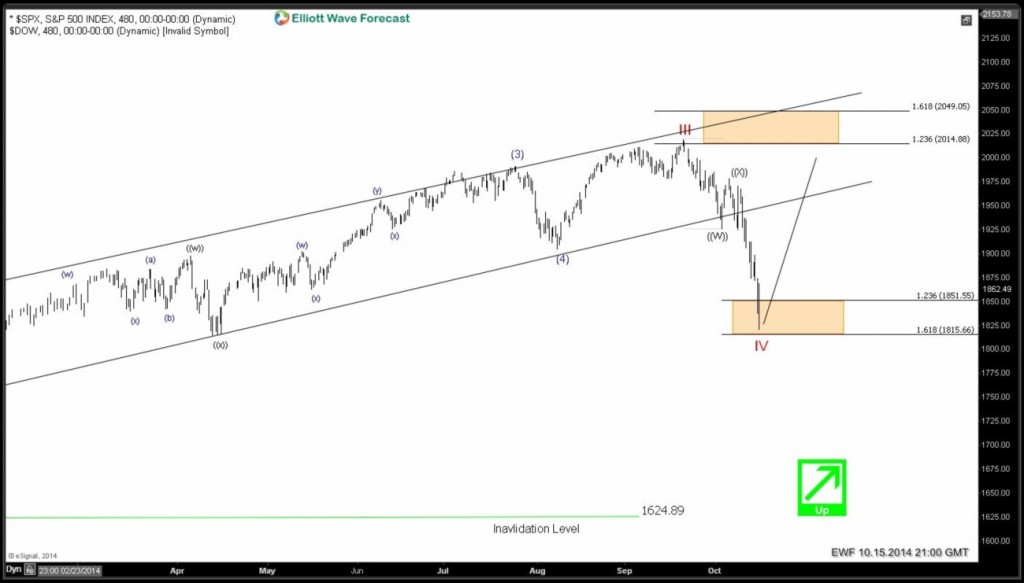 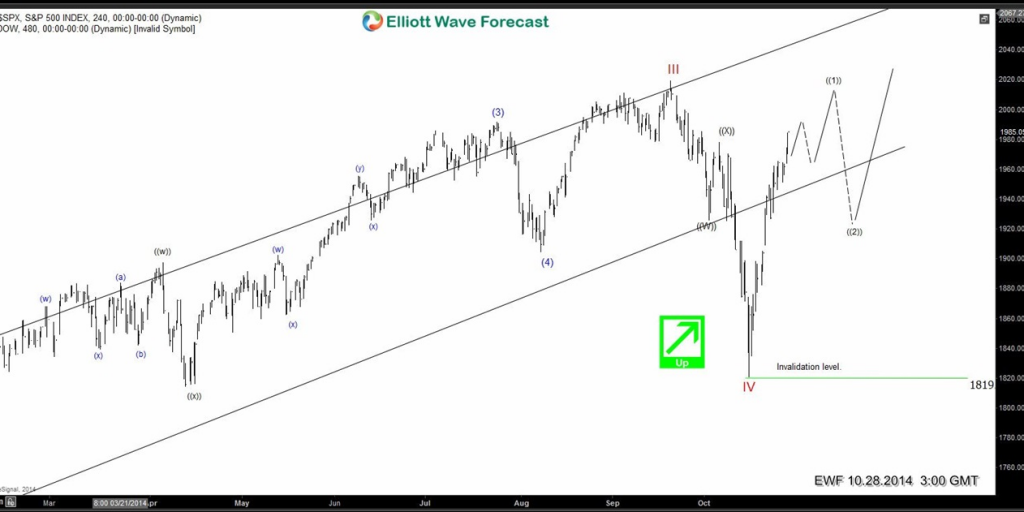 We got shallow pull back and continuation higher. Elliott wave theory suggests,  wave V would usually end in inverse 1.236 – 1.618 fibonacci extension area of wave IV which lies between 2066 – 2144.

SPX is about to complete wave (3) of V and short term pull back is expected in Elliott wave (4) to correct rally from 1876.98 low before the next push higher is seen to end Elliott Wave cycle from 15 October low (red wave IV)

SPX December 01/2014 We got pull back wave (4) as expected. Although the price has already reached inverse 1.236 fib ext of wave IV, another push higher is expected before decline takes place in wave (IV)

One way to forecast a fifth wave target with Elliott Wave is to take an inversion 1.236% -1.618% extension of the length of wave (4). If you would like to have access of EWF analysis in real time& learn more about Elliott Wave forecasting, feel free to join us.  Now You have an opportunity to sign up for FREE Trial here and get Full acces of Premium Plus Plan in 2 weeks.

As our member, you have access to EWF Live Analysis Sessions and we advise you to attend them , so you could learn from our Market Experts.