Within the list Elliott Wave corrective patterns, alongside Zigzags, Flats and Complex Corrections we have triangles. Triangles are a sideways correction that occurs only prior to the final wave in the current trend. Therefore, can only present themselves in wave 4, B or X. The only exception they present themselves in wave 2 is if they are as a sub wave of another pattern such as Wave B of a Zig Zag. A triangle consists of 5 waves which are labelled as ABCDE and they contract as the pattern develops.

The difference with running triangles is that wave B forms a new price extreme above the origin of the triangle. This unfolds in a 3-wave sequence and can trick a handful of traders thinking we have formed a new impulse.

Here is an idealised diagram of a Running Triangle 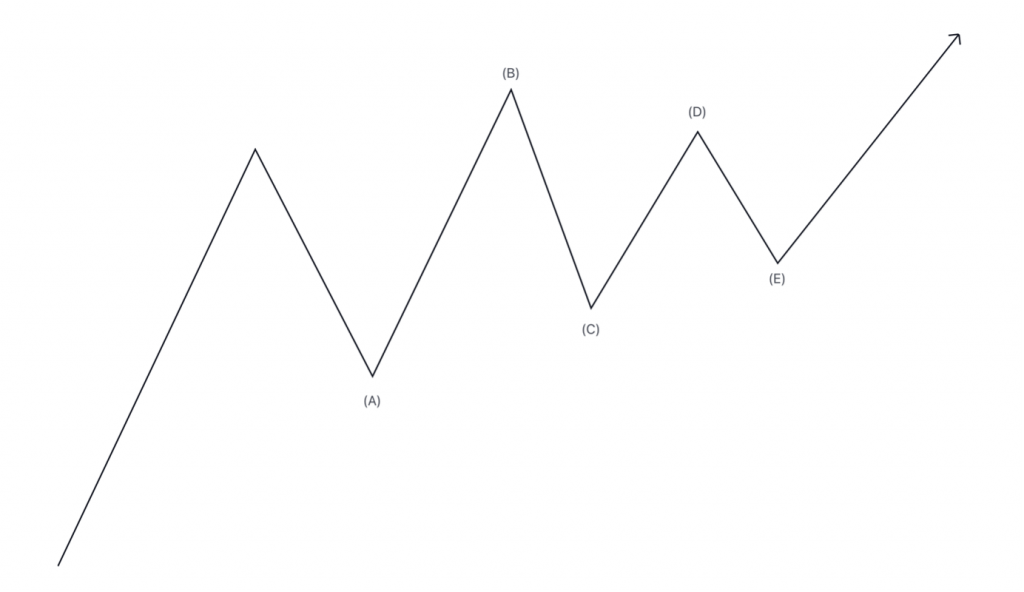 As you can see here, we have a preceding trend that and then triangle with wave (B) that formed a new price extreme. But the part that tricks all traders is that we then see a continuation of some sideways action prior to unfolding to the upside.

How to spot these early? 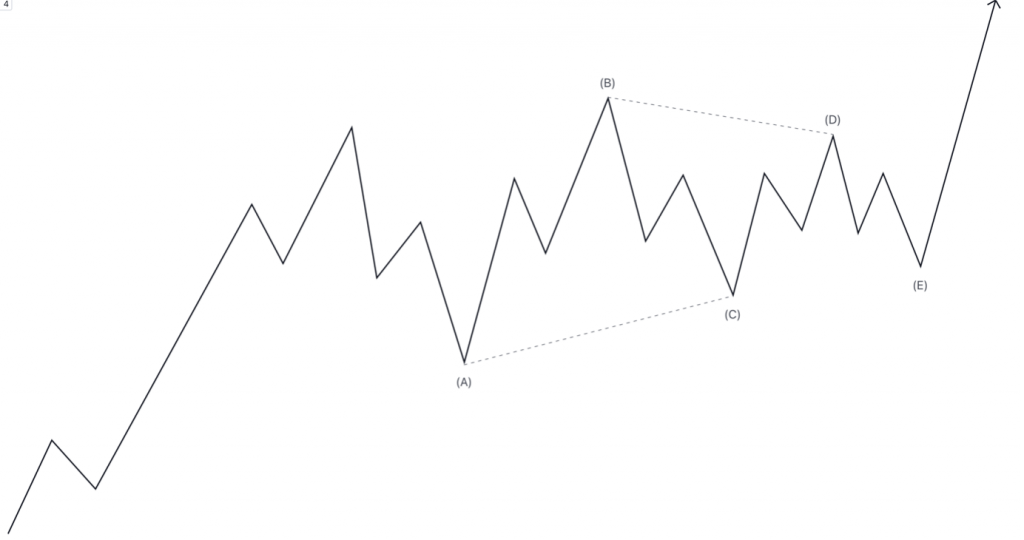 There are many other tools and indicators we use to identify whether a triangle is valid or not which is offered in our premium educational collection to expand further on this!