Hello fellow traders.  In this technical article we’re going to take a look at the Elliott Wave charts of NIFTY Index from India,  presented in members area of the of our website.  As our members know, break of  01/24 (16836.9) low ,made incomplete sequences from the 18352.97 peak , which increases chances of getting another leg down within the cycle from the  October 19th 2021 peak.

Double three is the common pattern in the market , also known as 7 swing structure. It’s a reliable pattern which is giving us good trading entries with clearly defined invalidation levels.
The picture below presents what Elliott Wave Double Three pattern looks like. It has (W),(X),(Y) labeling and 3,3,3 inner structure, which means all of these 3 legs are corrective sequences. Each (W) and (Y) are made of 3 swings , they’re having A,B,C structure in lower degree, or alternatively they can have W,X,Y labeling. 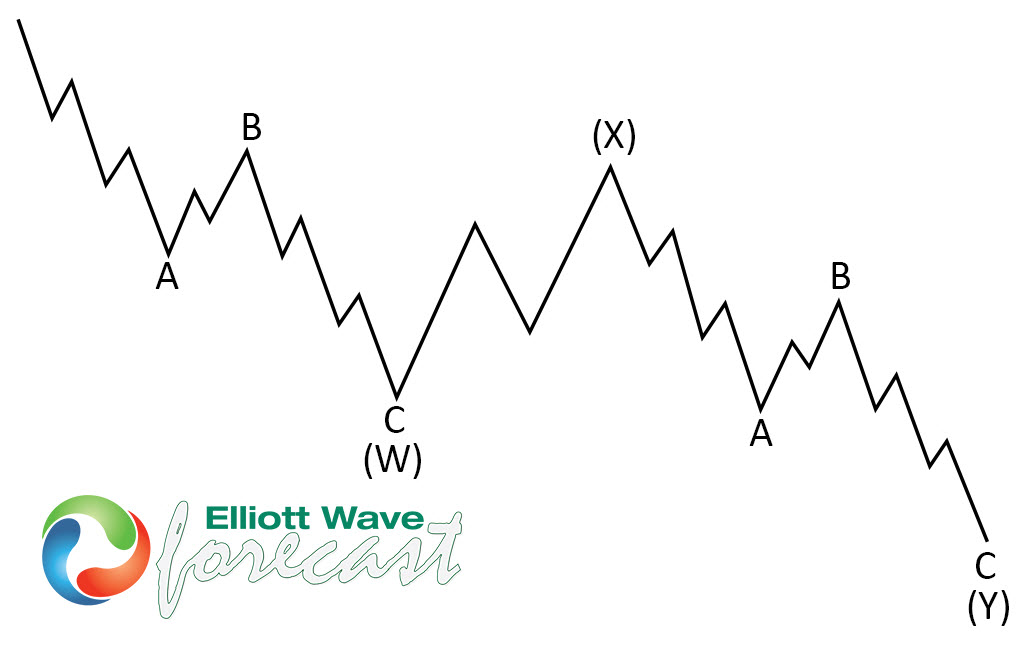 Before we take a look at the H4 chart, to see what Elliott Wave Double Three Pattern looks like in real market example, let’s see a NIFTY h1 chart and explain the reason of calling another leg down in Index.

The index has made break of  January 24th low (16836.9)- which is marked as (A) blue on the chart. The index is now showing incomplete bearish sequences from the  18352.97 peak, which suggest further weakness in near term. NIFTY remains bearish against the 17792.37 peak. Proposed decline in short term cycle makes December 20th low more vulnerable. So, we are calling for a 7th swing  down from the major October 19th 2021 peak. 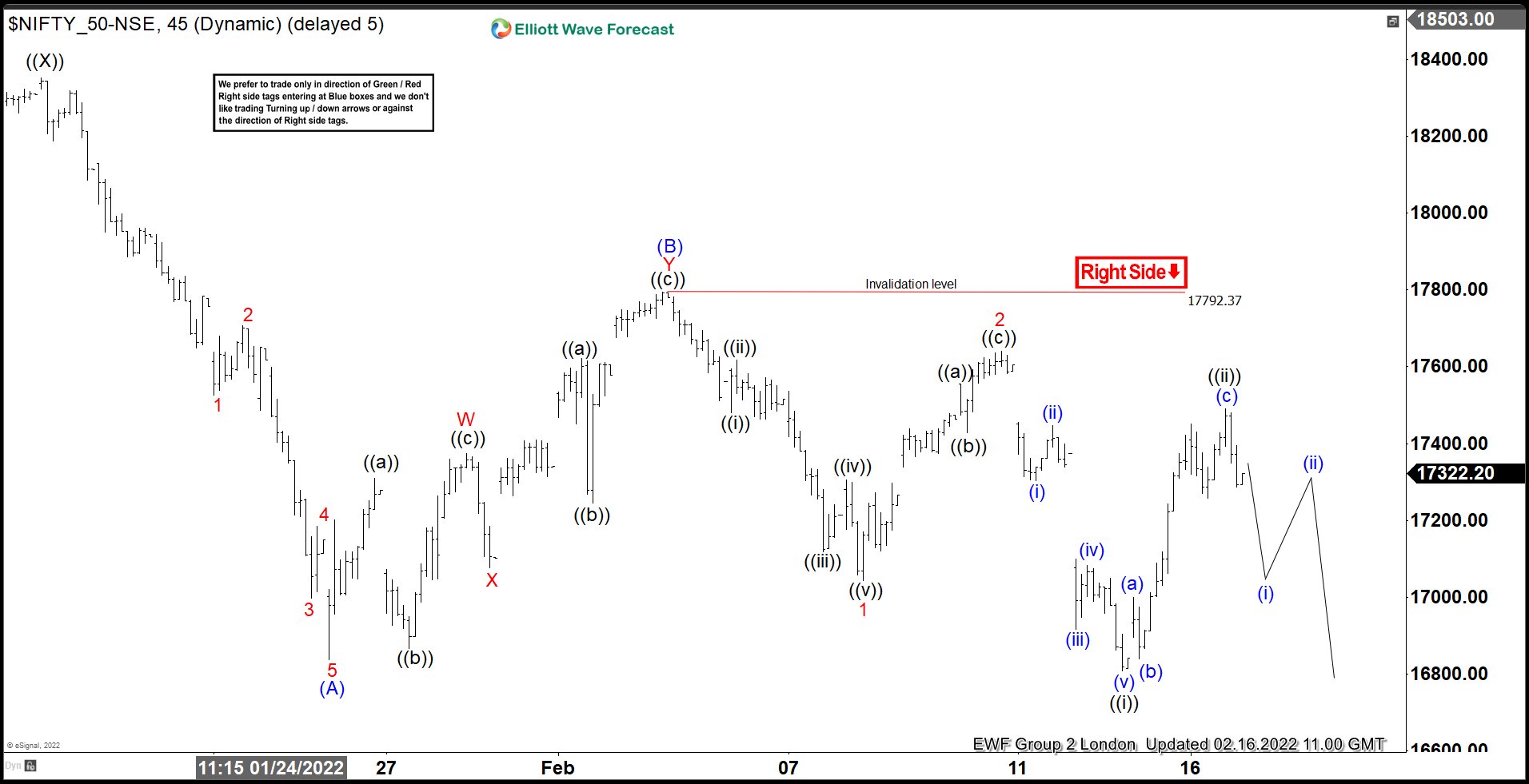 We assume that cycle from the peak has a form of Elliott Wave Double Three Pattern ,  labeled as WXY red. We can notice that each of legs have corrective structure – ((A)),((B)),((C)) black, when X red connector has form of Irregular Flat Pattern. Eventually we got a break of December 20th low- ((B)) black on this chart. Current price structure confirms we are in 7th swing down in the cycle from the October 19th 2021 peak. The price still miss the extreme from the peak, so we are calling for another leg down toward 16166.4-15645.28 ( buyers zone). From that area we expect  to see larger 3 waves bounce at least. First target would be 50 fibs against the X red ( 18352.9) peak. Once it’s reached buyers should make long positions risk free (put SL at BE) and take partial profits from the trade.

Eventually we got another leg down as expected. Buyers appeared at the blue box and we are getting good reaction from there.  The rally from the blue box reached and exceeded 50 fibs against the connector. As a result any long positions are enjoying profits in a risk free positions. Short term rally looks to be unfolding as a Elliott Wave Zig Zag Pattern, targeting approximately 17816+ area.

Note: some labels have been removed from the charts in order to protect clients’ privileges.

Keep in mind that market is dynamic and presented view could have changed in the mean time.  You can check most recent charts in the membership area of the site. Best instruments to trade are those having incomplete bullish or bearish swings sequences. We put them in Sequence Report and best among them are shown in the Live Trading Room. 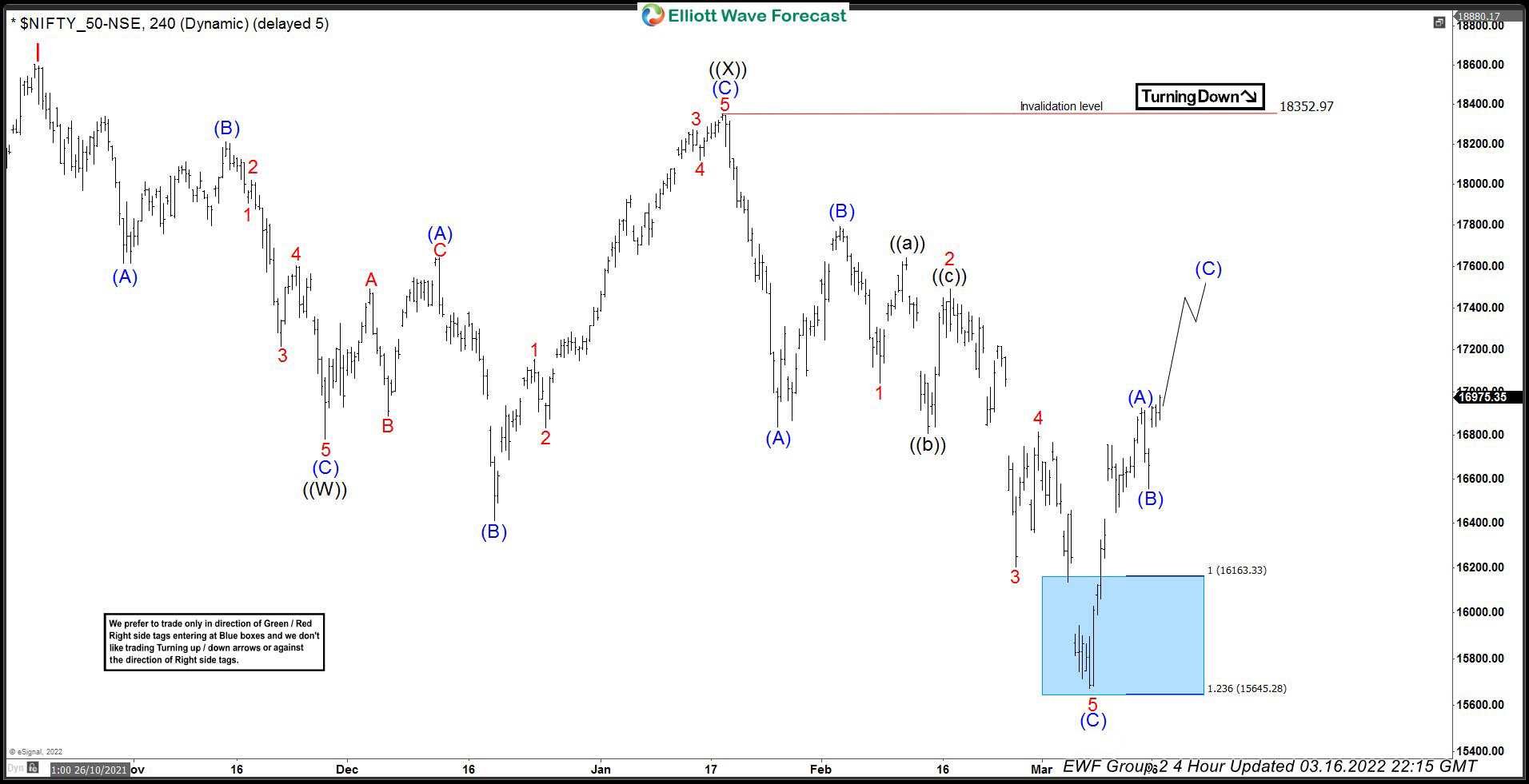