In today’s blog, I want to take things back to basic when it comes to trading the Elliott Wave Theory – “theory”. There are 3 rules that you must follow to be a good trader.

Within the theory, we have rules and guidelines. Guidelines are based on characteristics of the waves, Fibonnaci guidelines in terms of Retracements and Extensions, alternations and many more. Guidelines do not necessarily have to be religiously met, for example, if wave 2 is a zigzag and wave 4 is not an alternation, this does not mean the wave count is not valid.

Rules on the other hand, they cannot be broken. There are no negotiations on this. Good thing is they’re only 3 of them.

Lets break them down one by one. 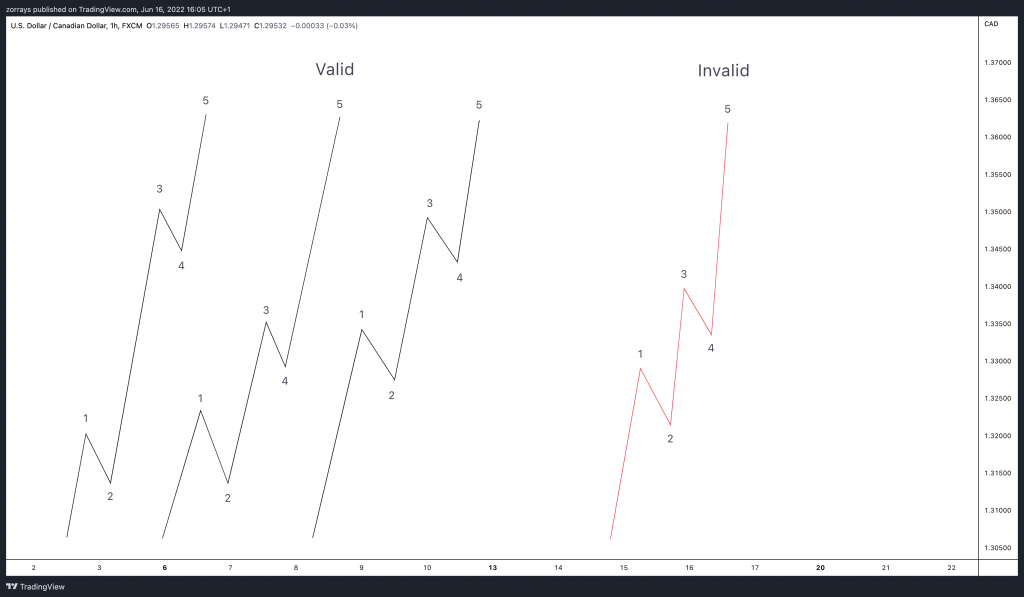 There are two motive waves. Impulse and Diagonals. In order for an impulse wave to be valid wave 4 must not breach into the territory of wave 1. This rule is for sub-waves of an impulse and the wave itself just completed wave 3. This keeps the trend flowing and valid.

However, in a case of diagonals, in wave 1 and 5, occasionally they will unfold with overlapping action. This rule does not count then. 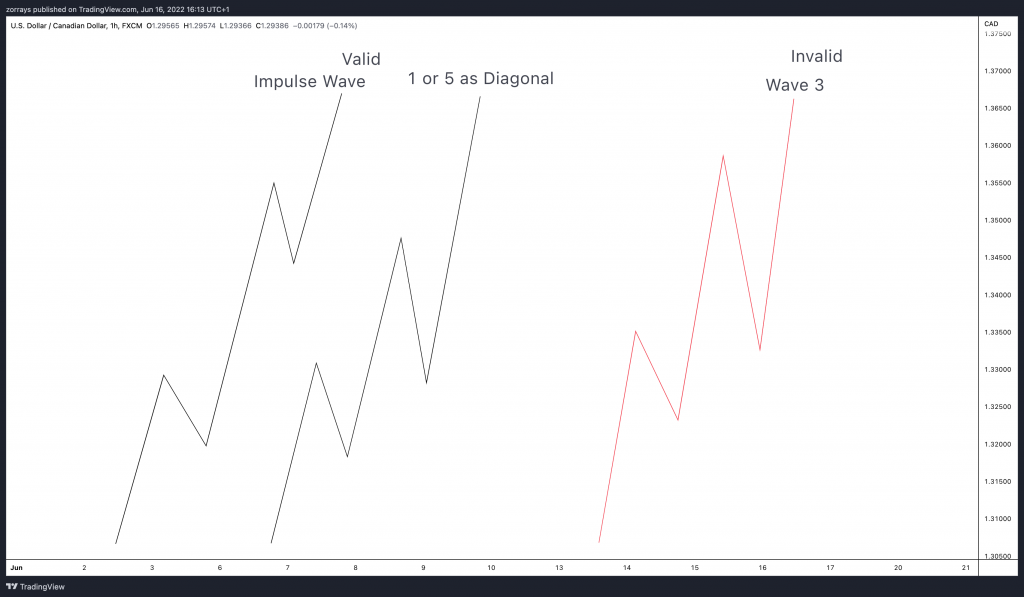 I cannot remember the last time I have counted waves and not take these rules into consideration. You must be consciously aware of these rules when counting waves to validate your count!