The Expanded Flat correction is a common corrective structure seen in wave 2 and 4 of a Motive Wave, the connector in a Zig Zag or any part of a Double or Triple Correction.

In a bullish trend scenario price moves against the trend lower in a 3 wave structure to form wave A.

Wave B also is a 3 wave structure and advances beyond the origin of wave A to an extension most commonly 123.6% of wave A. The invalidation level for the completion of wave B is above 161.8% of wave A.

Wave C needs to be a 5 wave (Motive Wave ) structure and hold RSI divergence between wave 3 and 5 at completion. Common area’s for completion of wave C lie at the 100% & 123.6%  extension of wave A projected from the end of wave B  with invalidation being beyond the 161.8% extension. If wave C ends before making a new low below wave A the structure is called a Running Flat. 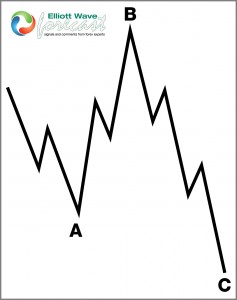 Here is a real market example that features a bearish trend. 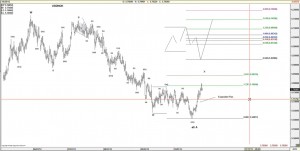