Hello fellow traders. In this technical blog we’re going to talk about Copper. As our members know, Copper has incomplete bullish sequences in the cycle from the March 19th low. Break of 04/16 peak made cycle from the March (1.9715) low incomplete to the upside. The commodity is now bullish against the 2.1475 low. Consequently, we advised our members to avoid selling the pair , favoring the long side.  Recently the pair has found buyers after completing Elliott Wave Expanded  Flat Pattern.In further text we’re going to explain the forecast and Elliott Wave Pattern.

Elliott Wave Expanded Flat is a 3 wave corrective pattern which could often be seen in the market nowadays. Inner subdivision is labeled as A,B,C , with inner 3,3,5 structure. Waves A and B have forms of corrective structures like zigzag, flat, double three or triple three. Third wave C is always 5 waves structure, either motive impulse or ending diagonal pattern. It’s important to notice that in Expanded Flat Pattern wave B completes above the start point of wave A, and wave C ends below the ending point of wave A which makes it Expanded. Wave C of expanded completes usually close to 1.236 Fibonacci extension of A related to B, but sometimes it could go up to 1.618 fibs ext.

You can learn more about Elliott Wave Flats and other Patterns at our Free Elliott Wave Educational Web Page. 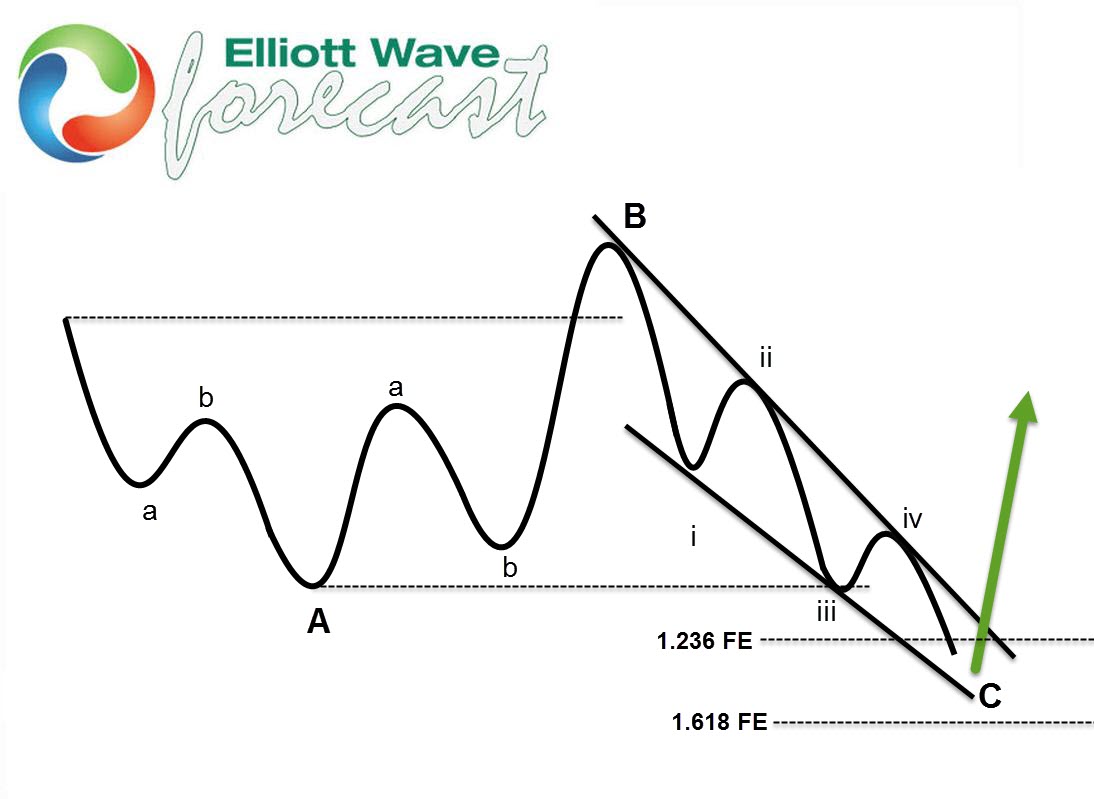 Now, let’s take a look at real market example and see what that pattern looks like.

Current view suggests Copper is still doing pull back against the 2.1497 low. Wave (b) blue made break above previous high, so wave ((b)) pull back can be unfolding either as Expanded flat or running flat. Anyway, we expect to see 5 waves down in (c) blue wave, and rally toward new highs.As we mentioned above in expanded flats, wave (c) leg completes usually between 1.236 -1.618 Fibonacci extension of (a) related to (b). In this case that area comes at 2.3255-2.2825. 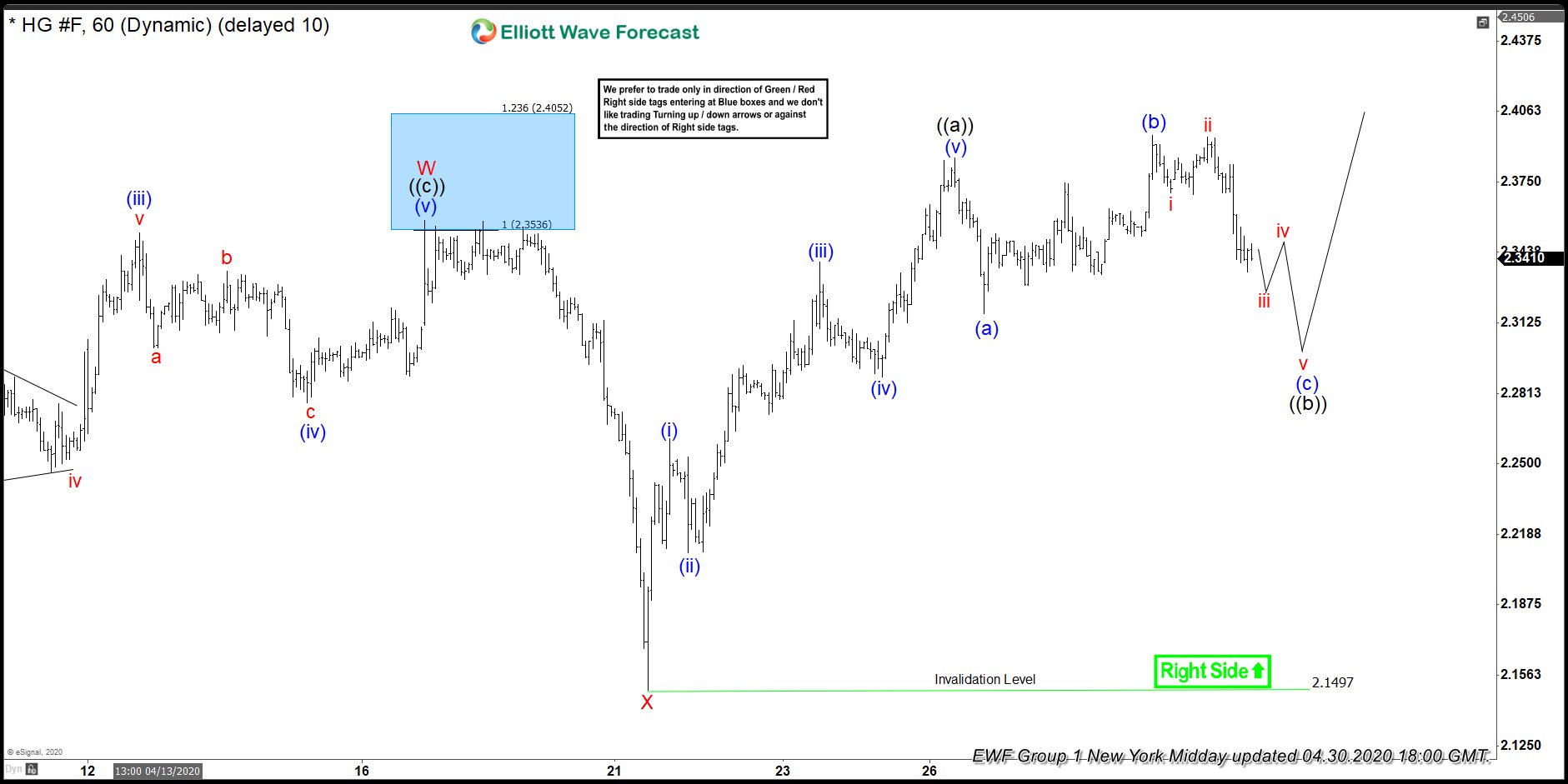 COPPER made price structure that is characteristic for bullish Expanded Flat. Wave (b) completed above the start point of wave (a), and wave (c) ended below the ending point of wave (a). The price reached proposed Fibonacci extension zone at 2.3255-2.2825 and making turn. Current view suggests as far as the price stays above last low, wave ((b)) pull back can be completed at 2.2834 low as expanded flat. Now we need to see further separation higher, and break above April 30th peak to confirm next leg up is in progress. As we keep saying Flat patterns can get tricky to trade, as sometimes get too extended , when 1.618 fib extension becomes less reliable. 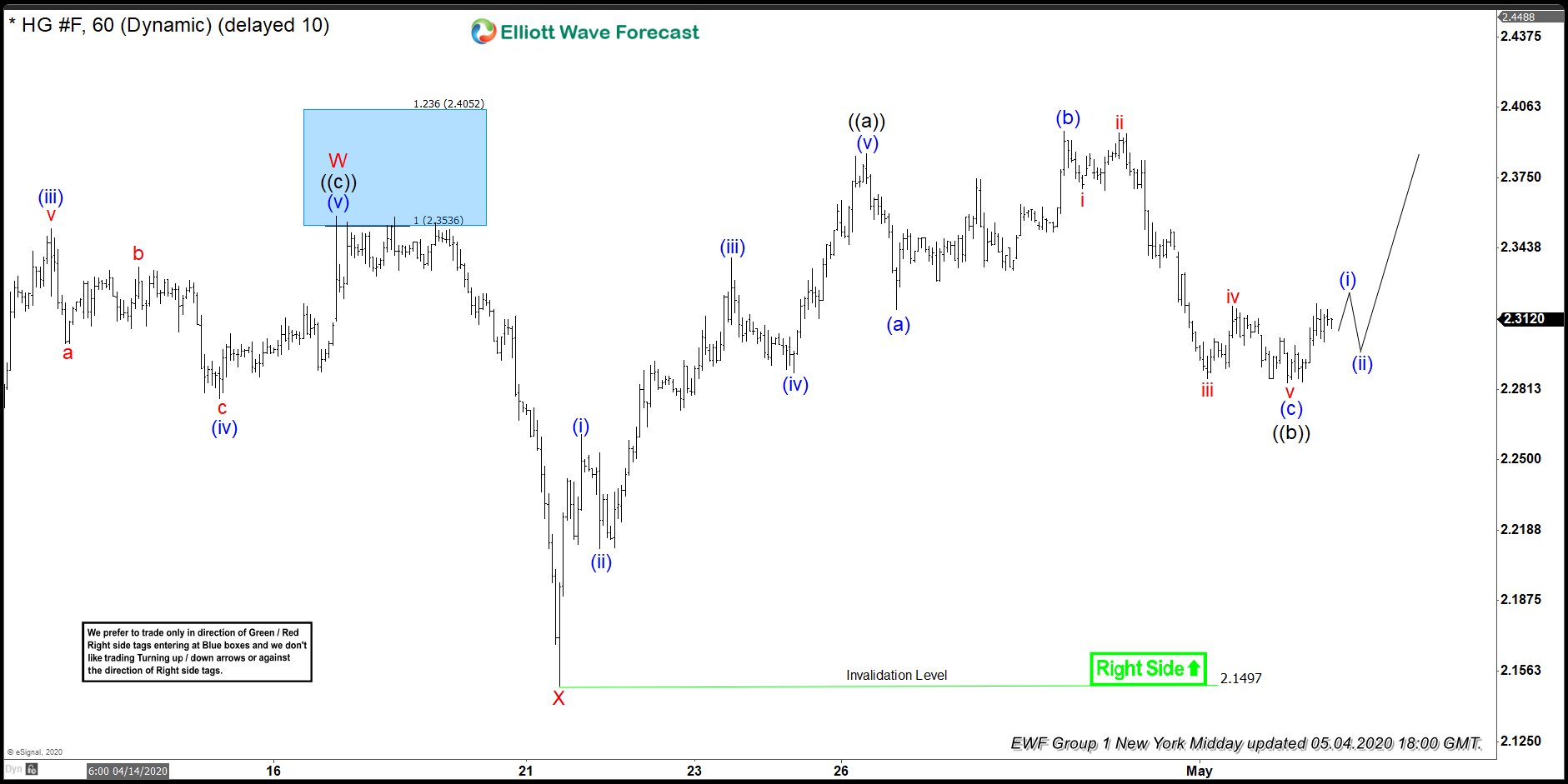 2.2834 low hes held nicely during the short term pull backs and we got further rally as expected. We got break above April 30th peak, confirming next leg up is ideally in progress.  Copper has scope to extend up toward 2.534-2.625 ( equal legs from the 19th March low).

Keep in mind that market is dynamic and presented view could have changed in the mean time.  Best instruments to trade are those having incomplete bullish or bearish swings sequences. We put them in Sequence Report and best among them are shown in the Live Trading Room. You can check most recent charts in the membership area of the site.

We cover 78 instruments in total, but not every chart is trading recommendation. We present Official Trading Recommendations in Live Trading Room.  If not a member yet,  Sign Up for Free 14 days Trial now and get access to new trading opportunities.

Through time we have developed a very respectable trading strategy which defines Entry, Stop Loss and Take Profit levels with high accuracy and allows you to make position Risk Free, shortly after taking it.