The Bank of Japan on Last Friday disappointed investors by offering a round much lower than expected extra while announcing a review of its current policy measures stimulus, leading some observers to wonder whether politicians fear that they are running out of tools to revive the Japanese economy. The Bank of Japan under the governor, Haruhiko Kuroda has been aggressive buyers of bonds and stocks. His decision to apply negative rates earlier this year, investors caught off guard, but the measure was considered counterproductive as the Japanese yen failed to weaken.

The Bank of Japan doubled its annual target fund buying Japanese stock traded at $ 57 billion, but disappointed not to expand its bond-buying program. And the decision to leave its benchmark rate unchanged at 0.1% less than was especially disappointing, bringing the highest yields in the short end of the yield curve of Japanese government bonds. Kuroda, in an interview with the BBC issued in July, had tried to stay away from investors the possibility that the helicopter money. USDJPY Japanese yen, strengthening + 0.08% following the decision, with the pair $USDJPY temporarily dip below ¥ 103. In general, investors took it easy, however, with the Nikkei NIK, -0.93% from an initial drop to finish 0.6% higher. The lack of quantitative easing did boost the yen $USDJPY -1.55%, with the currency rising by as much as 2.5% against the U.S. dollar Friday in Asia trade and gaining 2.9% for the week.

How we anticipated the move ahead of Bank of Japan?

One of the most common patterns in New Elliott Wave theory is 7 swings structure (double three). We spot it in the market every day in many instruments. It’s a very reliable structure by which we can make good analysis and what is most important it’s giving us good trading entries with clearly defined invalidation levels and target areas. The picture below presents what Elliott Wave Double Three pattern looks like. It has (W),(X),(Y) labeling and 3,3,3 inner structure, which means all of these 3 legs are corrective sequences. Each (W) and (Y) are made of 3 swings, they’re having W,X,Y structure in lower degree. 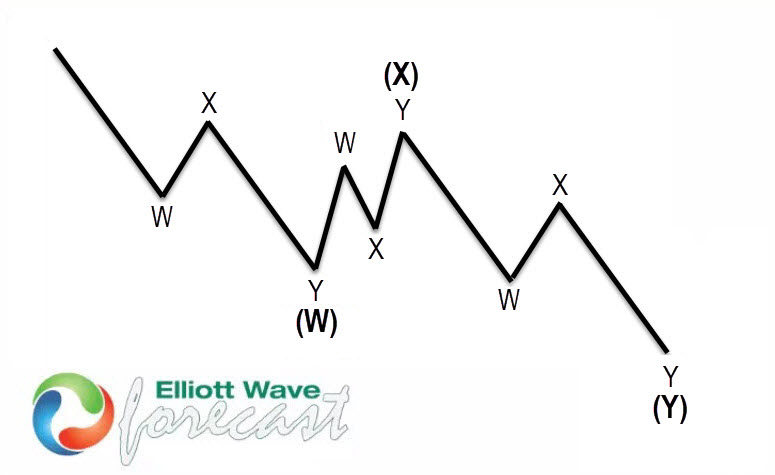 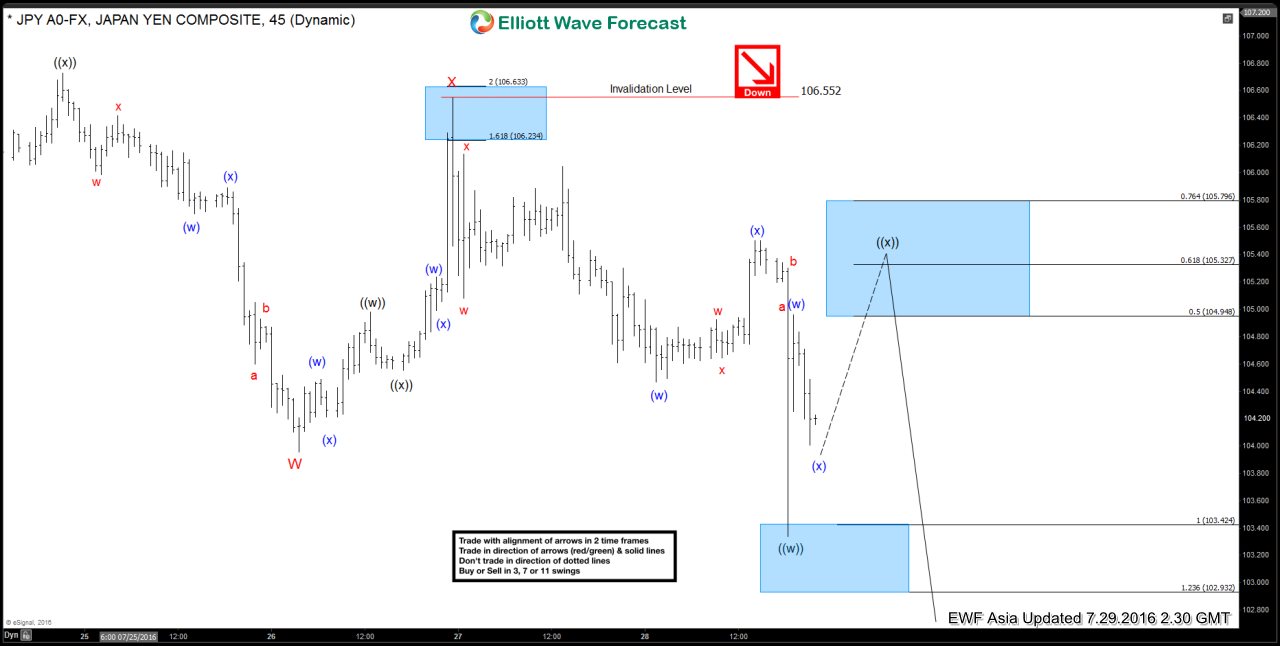 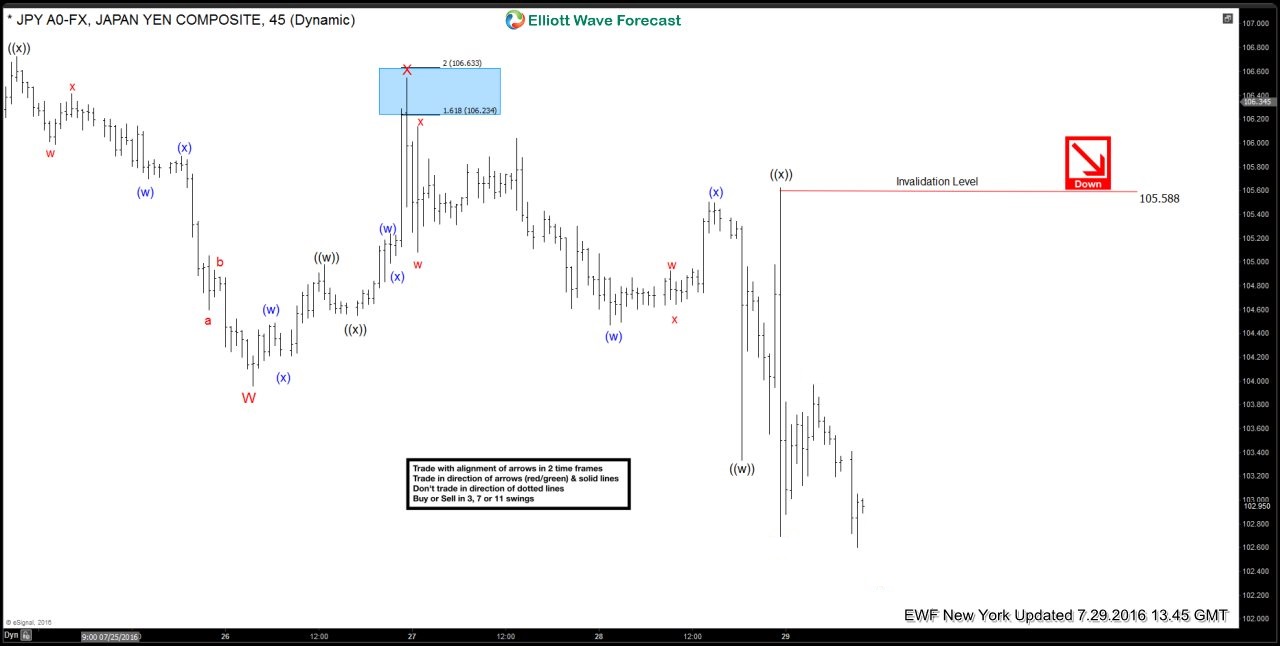