Pull back which extended into July 2017 did hold above December 2016 low as expected and XAU AUD has started rallying again. Let’s take a look at the update chart in the daily time frame. 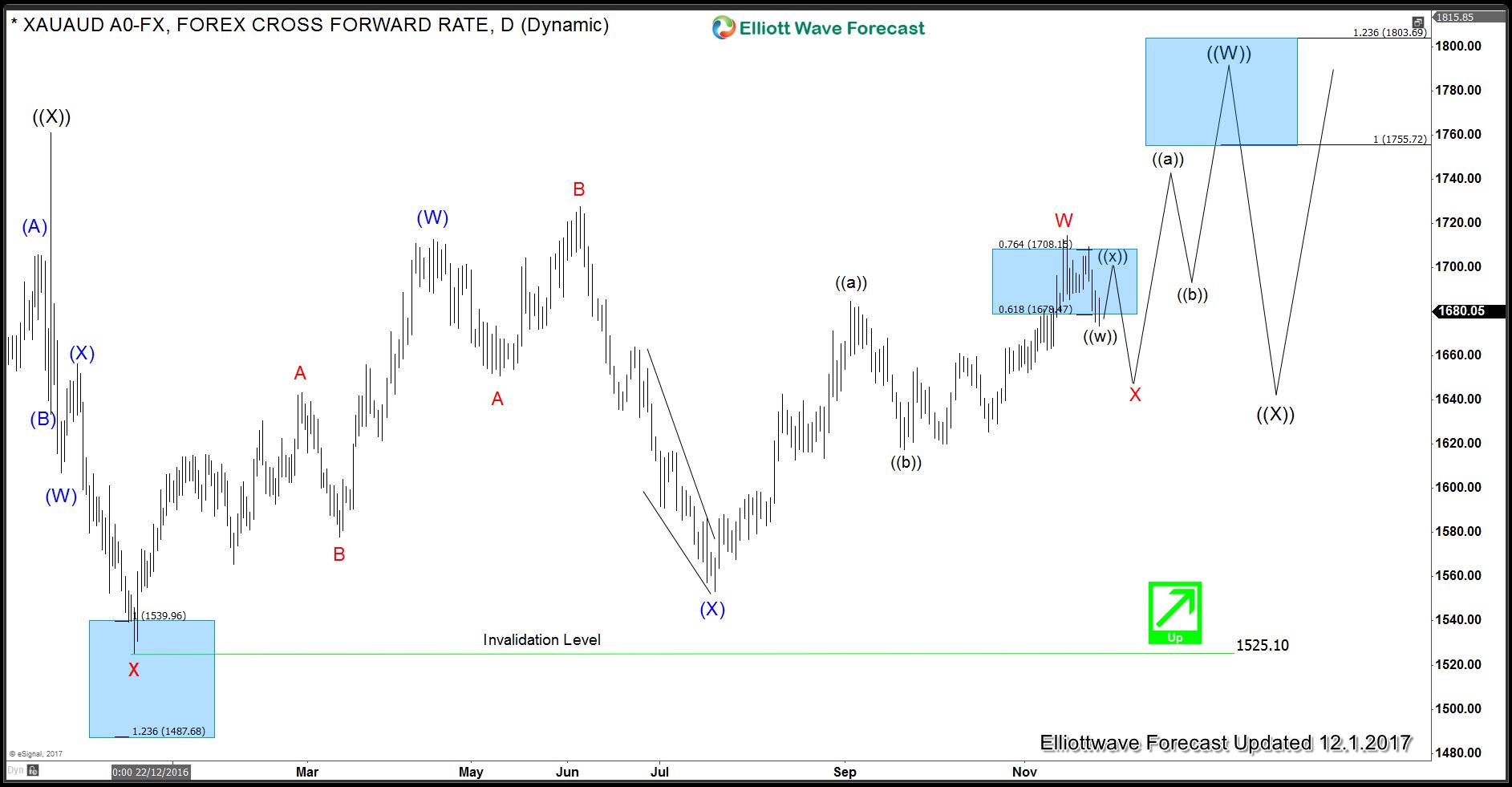 As a reminder, XAU AUD Weekly Sequence remains bullish and even though it would take a good few years but we do expect to see XAU AUD eventually reaching 2221 target area. 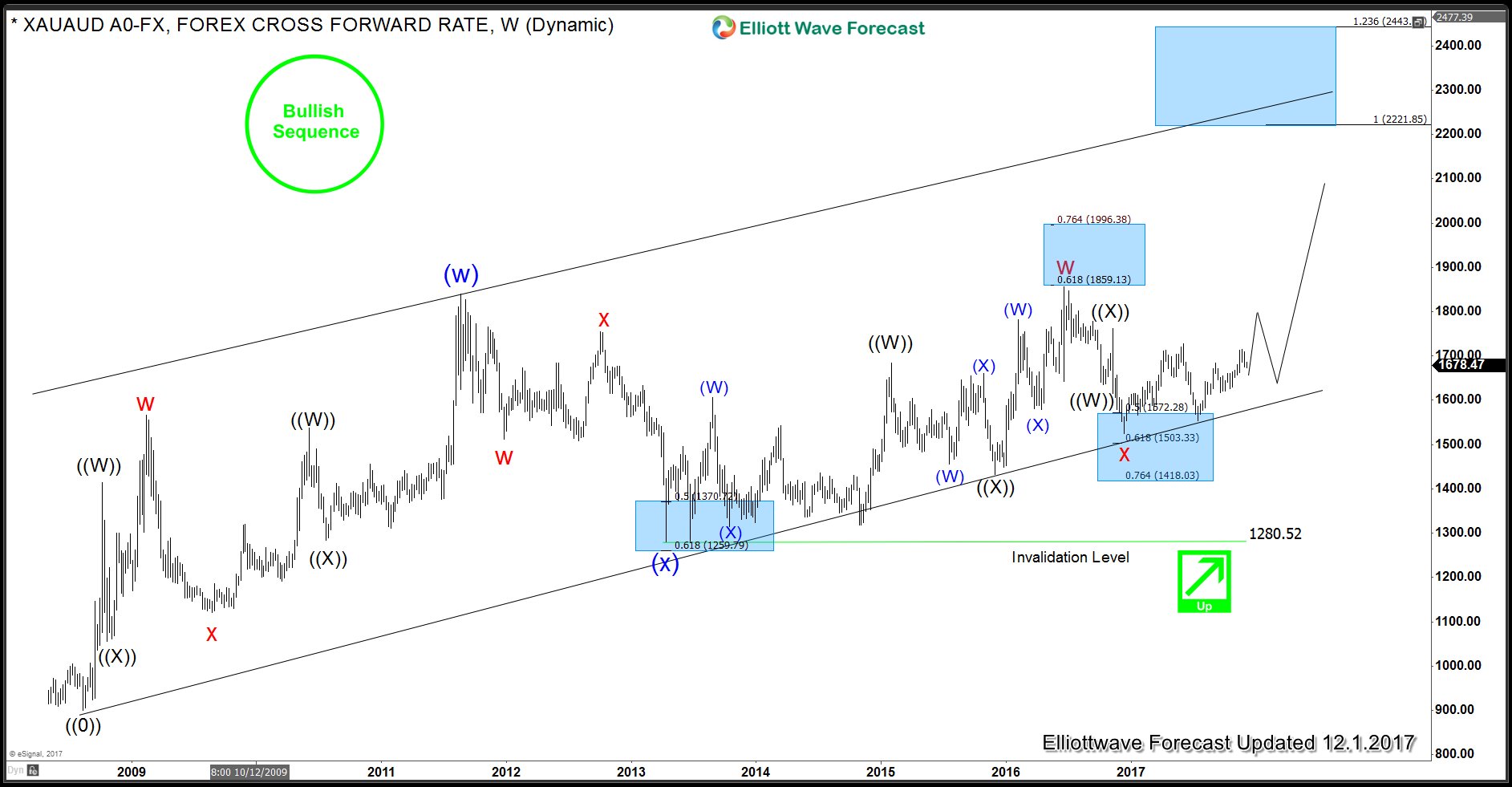