Silver Short term Elliott Wave view suggests that the decline to December 12.2017 low 15.60 ended Intermediate wave (X). A rally from there is unfolding as an impulse Elliott Wave structure with extension in 3rd swing higher, where each leg has internal oscillations of 5 waves thus favoring it to be an impulse. These 5 waves move higher, either ended Minor wave A in an Impulse sequence followed by another extension higher in C leg higher or a wave C of a FLAT correction from 10/06 low (16.31). In both cases, the metal should pull back in 3 waves at least as the Elliott Wave Theory suggests. 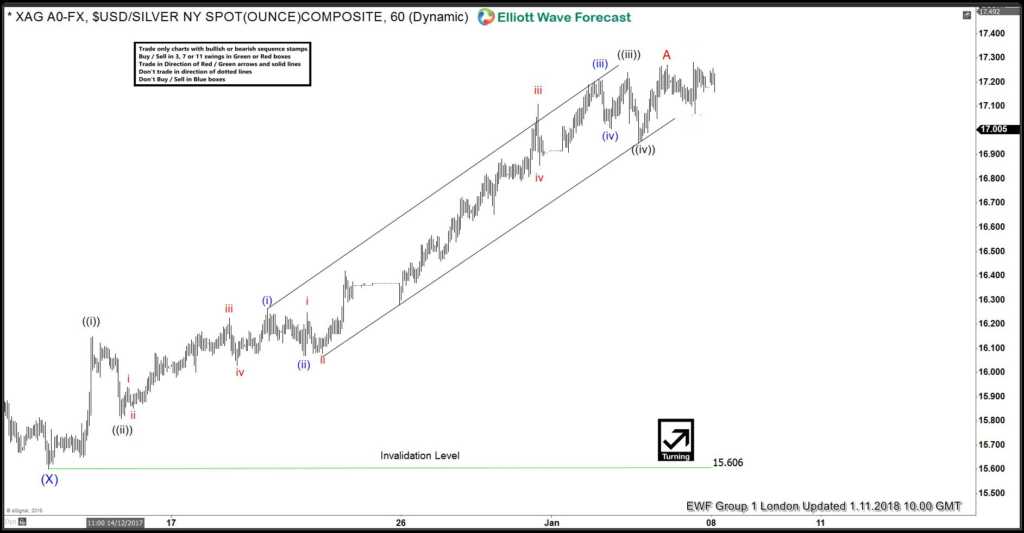 Keep in mind that the market is dynamic and the view could change in the meantime. Success in trading requires proper risk and money management as well as an understanding of Elliott Wave theory, cycle analysis, and correlation. We have developed a very good trading strategy that defines the entry. Stop loss and take profit levels with high accuracy and allows you to take a risk-free position, shortly after taking it by protecting your wallet. If you want to learn all about it and become a professional trader, register now for your Free 14 day Trial.