The Fed has raised interest rates four times this year to fight inflation. They hiked by 0.25 basis point in March, the first hike in more than three years. Then they hiked further 50 basis point in May, 0.75% in June, and another 0.75% in July. This takes the current benchmark rate to 2.25 – 2.5%. Fed Chair Jerome Powell then left the door open about the next move at September meeting, suggesting that it depends on the data.

“As the stance of monetary policy tightens further, it likely will become appropriate to slow the pace of increases while we assess how our cumulative policy adjustments are affecting the economy and inflation,” Powell said. Risk appetite starts to come back to the market with speculation that the Fed may pause the rate hikes. Indices and commodities have started to recover since the selloff started earlier this year. Below is the technical update on Platinum 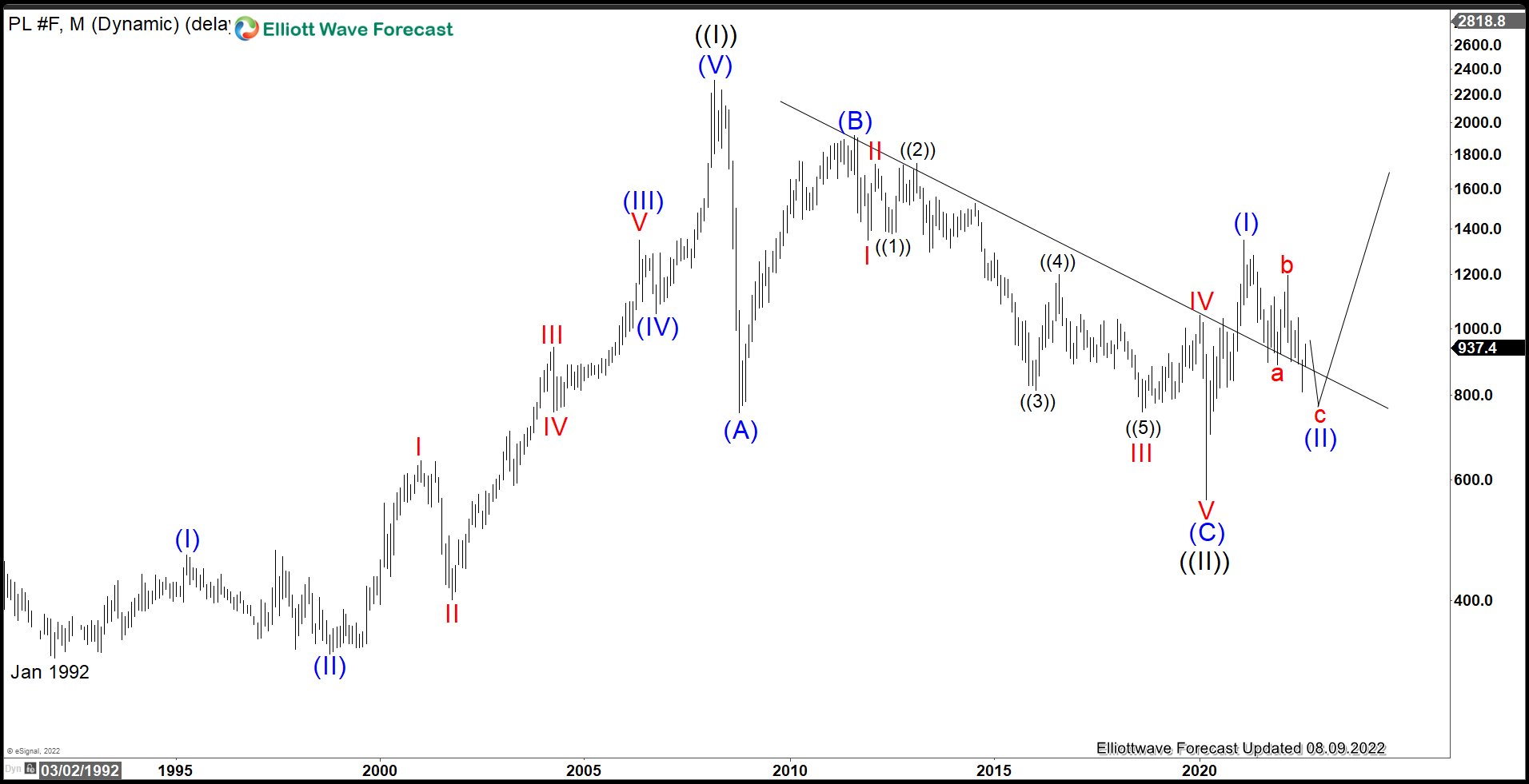 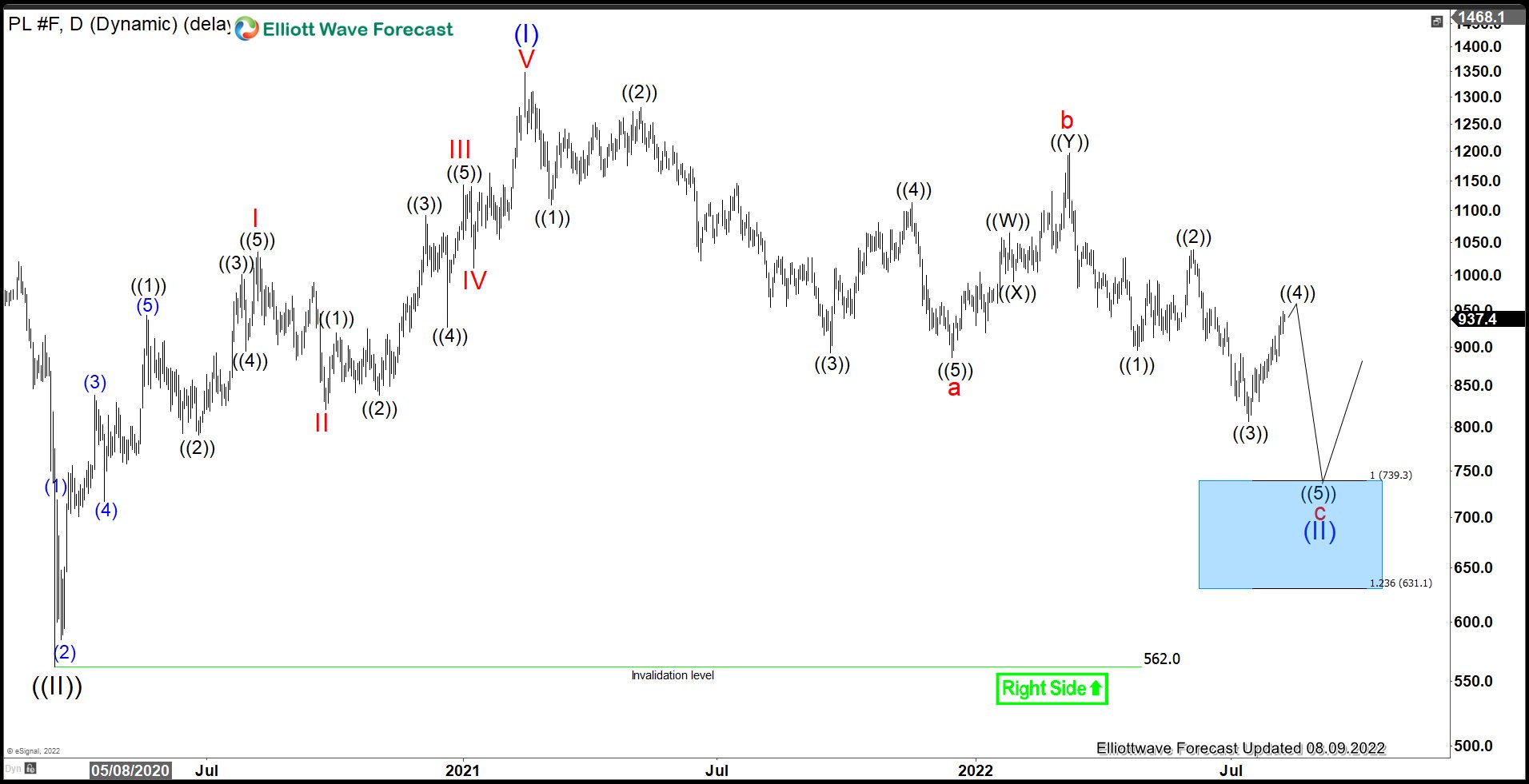 Daily Elliott Wave Chart of Platinum above shows that the metal still has scope to extend lower to reach the ideal target where wave c = 100% – 161.8% Fibonacci extension of wave a. The area comes at 631 – 739. From here, the metal should start to extend higher in wave (III) or at least do larger 3 waves rally. As far as pivot at 562 low stays intact, expect buyers to appear soon.

Platinum is not part of our official instrument that we cover, but if you’d like to get further updates like this on commodities, Indices, forex, and cryptos, feel free to take our trial here –> 14 days Trial