Precious metals and other commodities continue their bullish run as a result of inflationary pressure and war in Ukraine. In this article, we will take a look at Platinum. Platinum is considered as a precious metal. However, unlike gold, Platinum has industrial application. 75% of the worlds’ supply of gold is used in coins, bars and jewelry. Meanwhile, 65% of the world’s supply of Platinum is used for industrial and automotive applications. Only four countries have major platinum mining activities. South Africa has the most platinum deposits and accounts for 80% of global reserves. Below is a technical outlook of the metal. 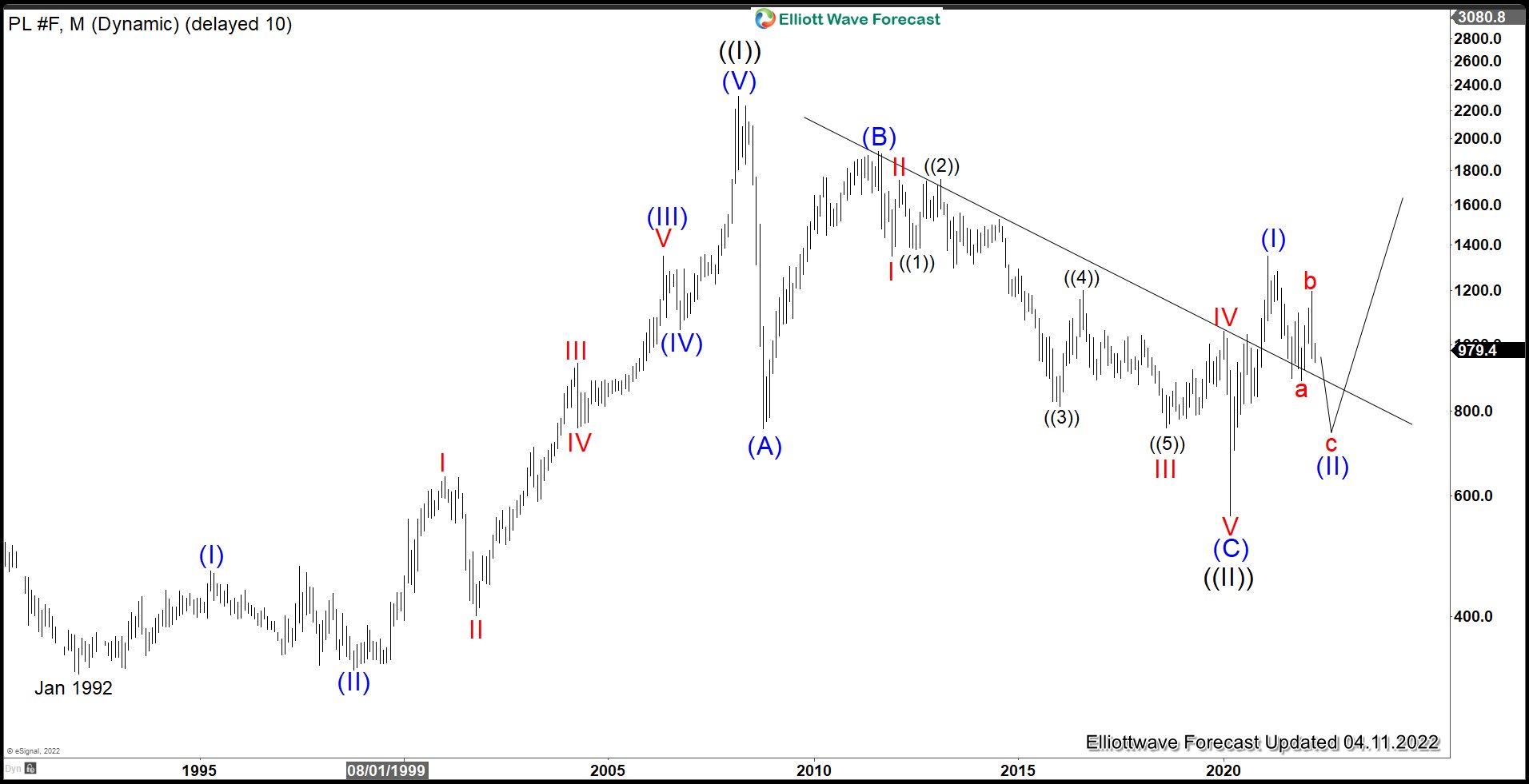 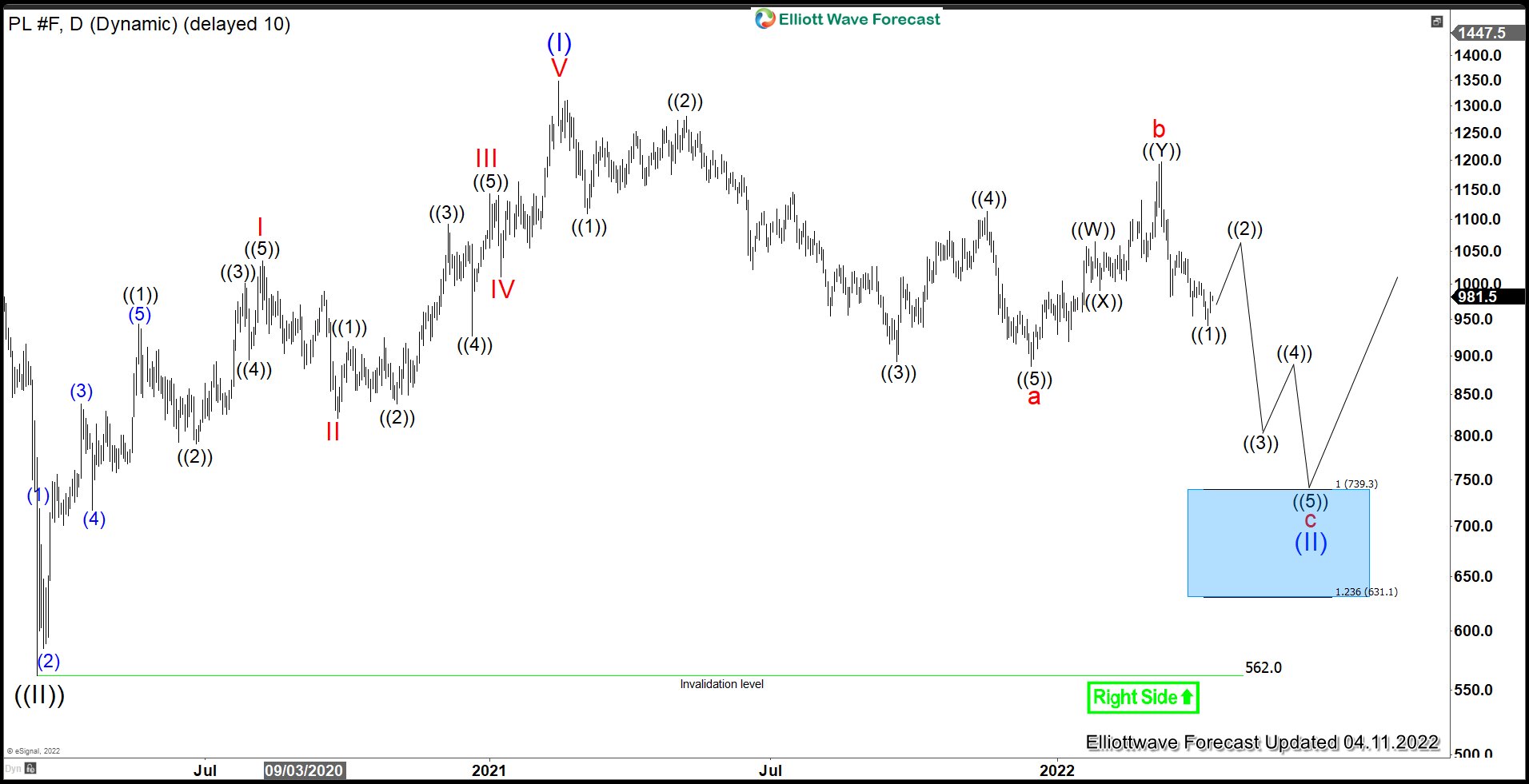 The daily Elliott Wave chart above shows more details of the monthly chart. Per the count above, we can’t rule out another leg lower in wave c to end wave (II). This will be a correction to the cycle from March 2020 low. the potential support will be at 100% – 123.6% Fibonacci extension of wave a which comes at $631 -$739 as denoted with the blue box. This area, if reached, should see buyers and the metal can then resume to new high. 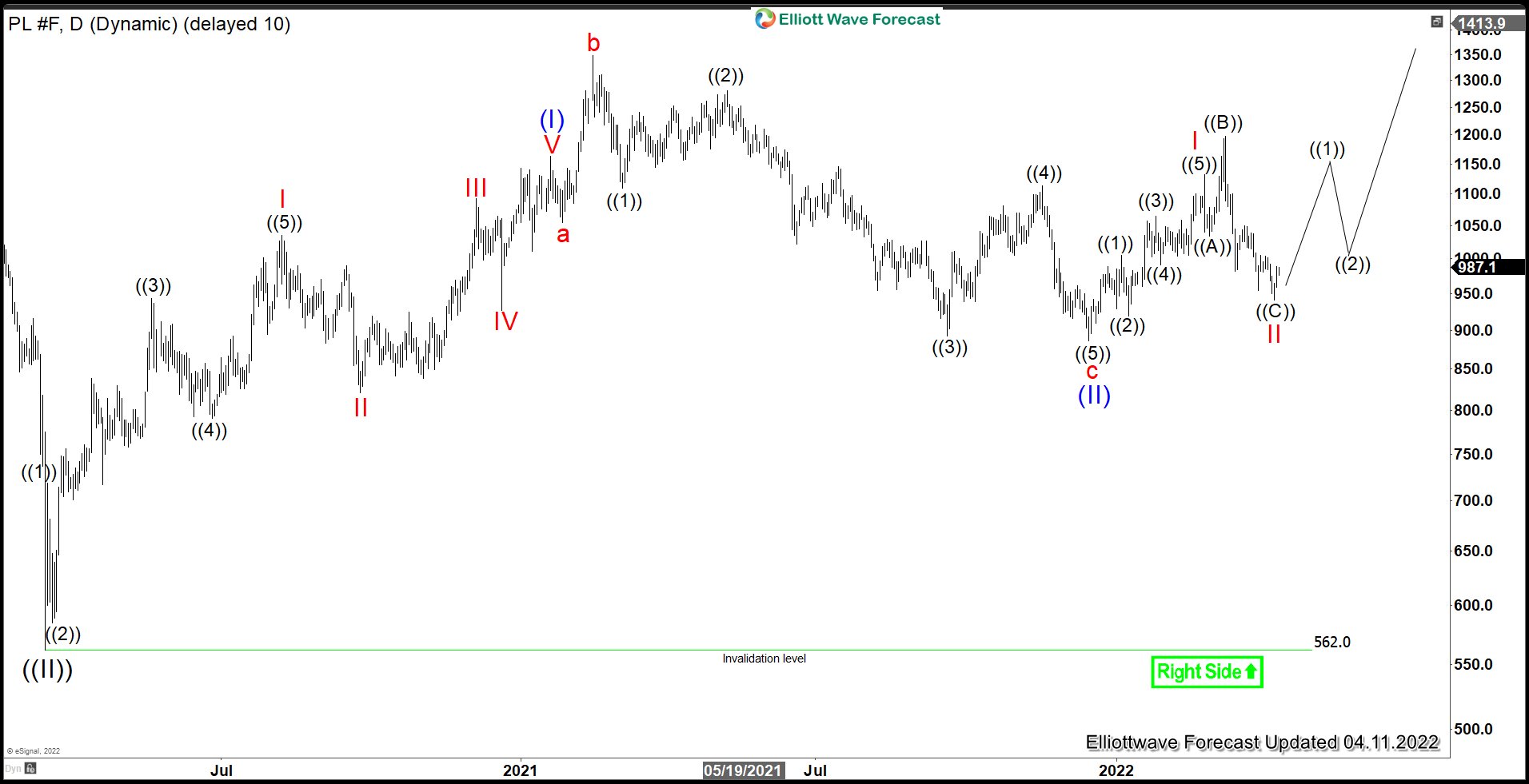 The daily chart above shows an alternate chart if Platinum does not make a new low below December 15, 2021 at $886. In the alternate scenario above, we can count wave (II) completed at $886 as an expanded flat. In this scenario, the metal should continue to see further upside without breaking below $886. Either way, March 2020 low is a major low in the metal and it should see further upside in coming years.

To get further updates like this on commodities, Indices, and forex, feel free to take our trial here –> 14 days Trial