An increasing number of companies gave warning for supply shortage which force them to raise prices. Manufacturers and producers from various industries such as semiconductors, lumber and cotton scramble to replenish stockpiles to keep up with demand and higher input prices. However, central bankers still argue that price gains are transitory. They claim it will be offset by deflationary forces such as pandemic and high unemployment.

The Bloomberg Commodity Spot Index, which tracks 23 raw materials, has risen to its highest level in almost 10 years. This has caused US producer price index to rise to levels last seen in 2008. Trillions of dollars printing by central banks around the world, particularly the U.S., has boosted a rally in raw materials. The opening of business and activities around the world from the lockdown further exacerbate shortage across several markets.

Gold and Silver have also started to move higher again after forming a cycle high on August 2020 and consolidating in almost 10 months correction. Precious metals, especially silver, are quite interesting due to their dual role in monetary as well as industrial use. Thus, the current thesis in fiat currency debasement and hyper-inflation should play in their favor. In this article, we will take a look at the Elliott Wave structure 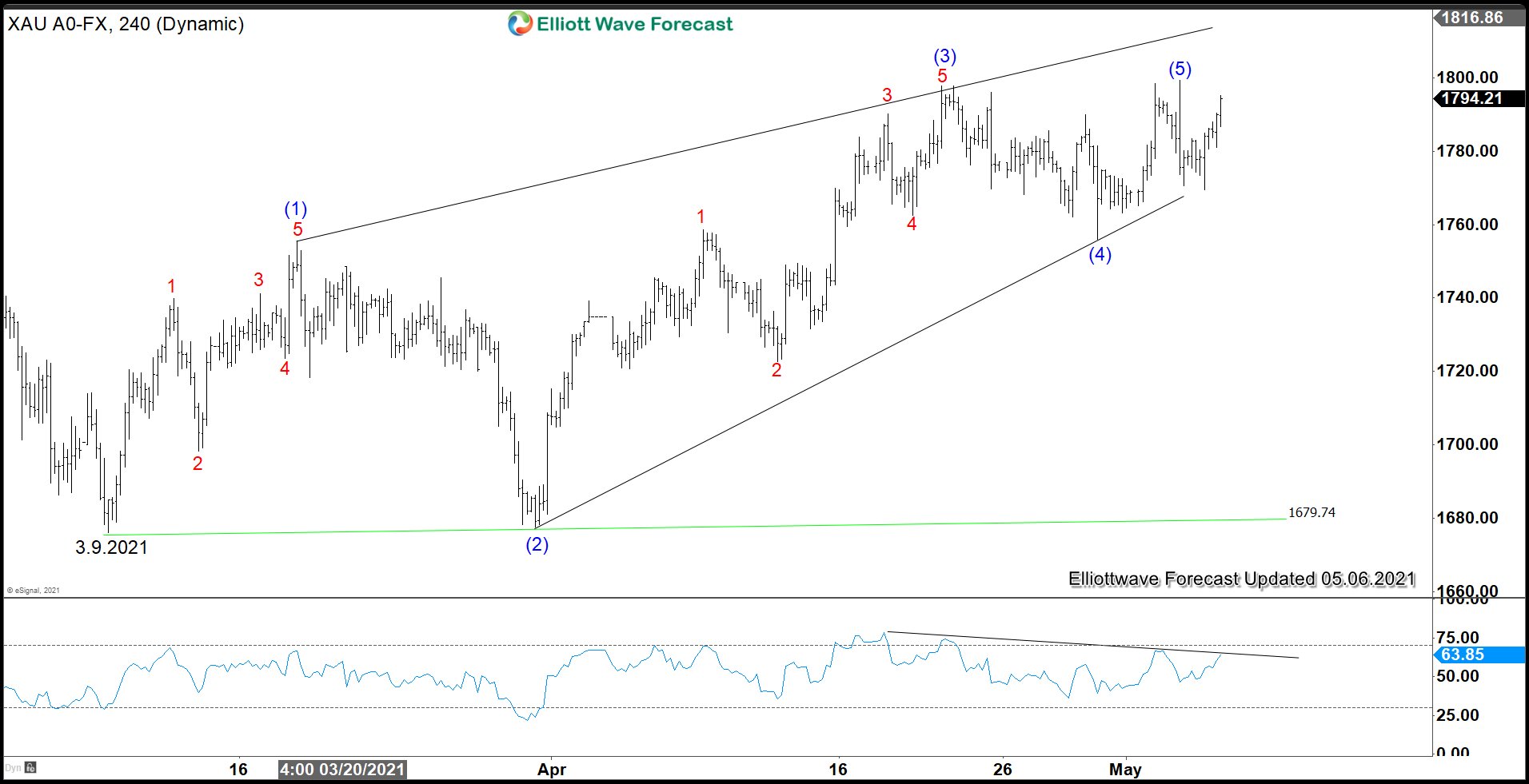 After forming cycle low on March 9, we can see above that Gold shows a 5 waves move higher. This suggests it has started to turn bullish and should see further upside with invalidation level at 1679. Keep an eye on the momentum divergence. As long as the divergence is there, it is possible to see Gold pulling back to correct the 5 waves up before extending the rally higher. However, if the divergence is erased, then Gold could turn to a more bullish nesting (1)-(2)-1-2 view. 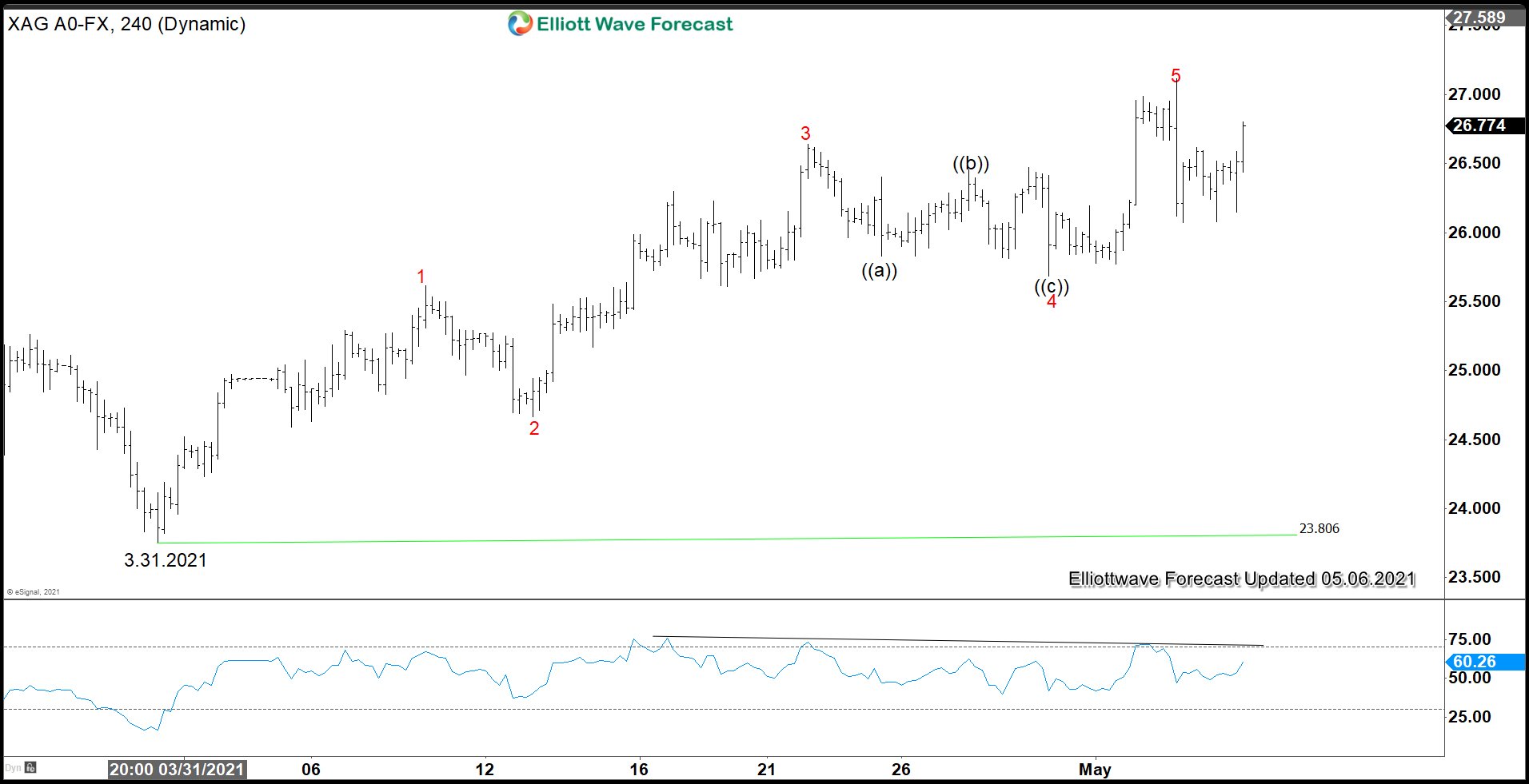 Similar to Gold, Silver is now also showing 5 waves up from March 31, 2021 low. This suggests silver should extend higher. We can also see momentum divergence in Silver and as long as this divergence is intact, there’s a possibility Silver might need to do larger 3 waves pullback first before the rally resumes. However, if the divergence is erased, then Silver could have started a bigger wave (3) which suggests more upside in the near term.