Fed Chairwoman Janet Yellen and other Fed members gave hawkish comments at Jackson Hole meeting last week, boosting the U.S. dollar against several currencies. Janet Yellen suggested that in light of the solid performance in the labor market, the case for an increase in federal funds rate has strengthened in recent months. However, she did not specifically say the timing of the next rate hike and added that the decision to raise rate will depend on the incoming data. Vice-chairman Fisher and Federal Reserve Bank of Dallas Governor Kaplan further added the Fed may hike rates in September if job data continues to show a strong growth and inflation pressure increases.

It appears that in the coming September FOMC meeting, the Fed’s decision will depend on the Labor Department’s Sept 2 job report. If job report this coming Friday continues to show a solid gain with increasing earning growth, then the chance for a September rate hike may increase. If the Fed doesn’t increase rate in September, it still has a chance to raise rate in November before U.S. elections and another one in December. Interest rate future market shows the probability of a rate hike in September rose to 42% from 32%, and the probability of a rate hike in December rose to 64.7% from 57%.

Despite the rising probability of rate hike and thus USD strength in the near term, the longer term outlook for interest rates remain uncertain. In fact, much of the Yellen’s time is spent on discussing what the Fed can do in future downturns. She suggested that the Fed might purchase more bonds and promise low rates far into the future. She also said the Fed can expand the range of securities it buys beyond Treasury. Indeed, the markets did not raise expectation of rate hikes beyond September / December and still expect interest rates at just slightly above 1%. Thus, the dollar index is likely to remain range trade.

Our technical focus is on $XAU/USD 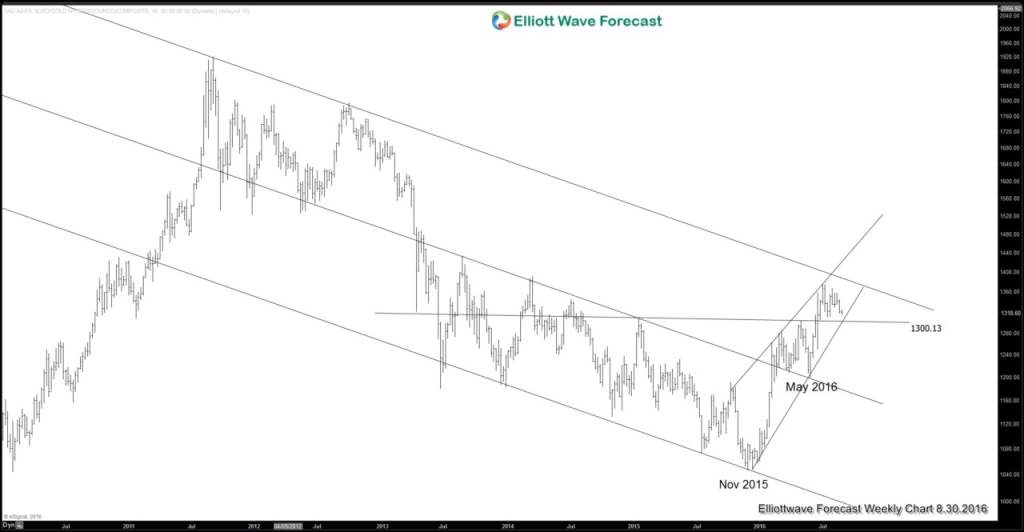 Gold ($XAU/USD) to a certain extent can be considered as a USD play and thus if USD is weakening, $XAUUSD is going higher and vice versa. With ZIRP (Zero Interest Rate Policy) and NIRP (Negative Interest Rate Policy) pursued by many central banks around the world, the fundamental support for Gold is there. The Precious Metal suddenly doesn’t look too bad to hold even if it doesn’t provide any return considering that investors need to pay banks to hold their cash. Gold’s demand also remains strong. According to World Gold Council, H1 gold’s demand is 2335 tons, which is the second highest first half on the record. Gold price also posted strongest H1 performance (+25%) for more than 35 years.

Technically, Gold is nearing support area around $1300, which is the previous resistance that may turn to support. The level also lies at the lower part of trend channel that goes from Nov 2015 low. Ideally Gold stabilize around $1300 before trying to extend higher or at least bounce in 3 waves.

If you are interested to learn more about Elliottwave and find inflection area to trade $XAUUSD, or other forex, indices and commodities, welcome to take our FREE 14 Day Trial and be sure to try our Live Trading Room. We provide detailed open and pending trade analysis in Live Trading Room utilizing Elliottwave and our unique 3, 7, 11 swing system with very disciplined approach and tight risk control. In addition, our services provide Elliott Wave chart in 4 different time frames, up to 4 times a day update in 1 hour chart, two live sessions, and 24 hour chat room moderated by our expert analysts, market overview, and much more!