In February 2016, we spotted 5 swings up from April 2013 low  (XAUAUD) and argued that by the time it completed 7 swings up from April 2013 low, it would have almost broken above August 2011 peak which will make the weekly sequence bullish. In 2nd quarter of 2016, we saw Gold (XAUAUD) making a new high all time high by breaking above August 2011 peak. With this new high, metal is showing 5 swings up from 2008 low which is a bullish sequence and opens extension higher towards 2220 – 2441 area which is our target for the 2008 cycle to complete or at least the 2013 cycle in case it later turned into a leading diagonal or a triple three structure. 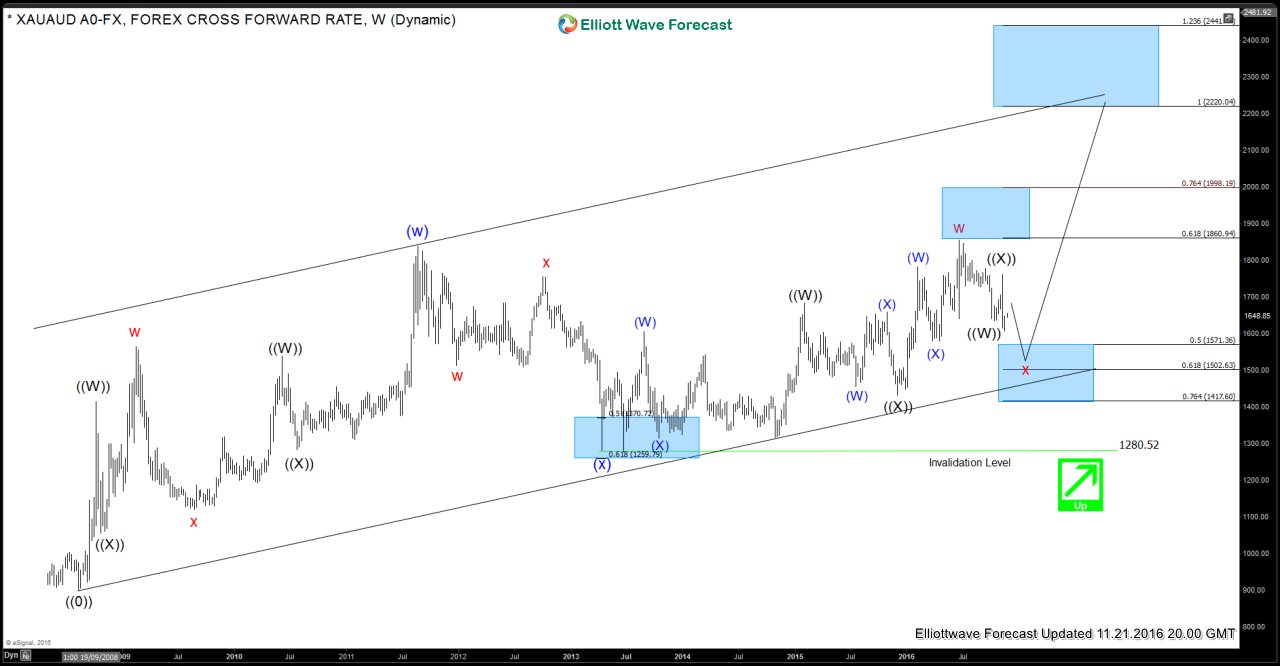 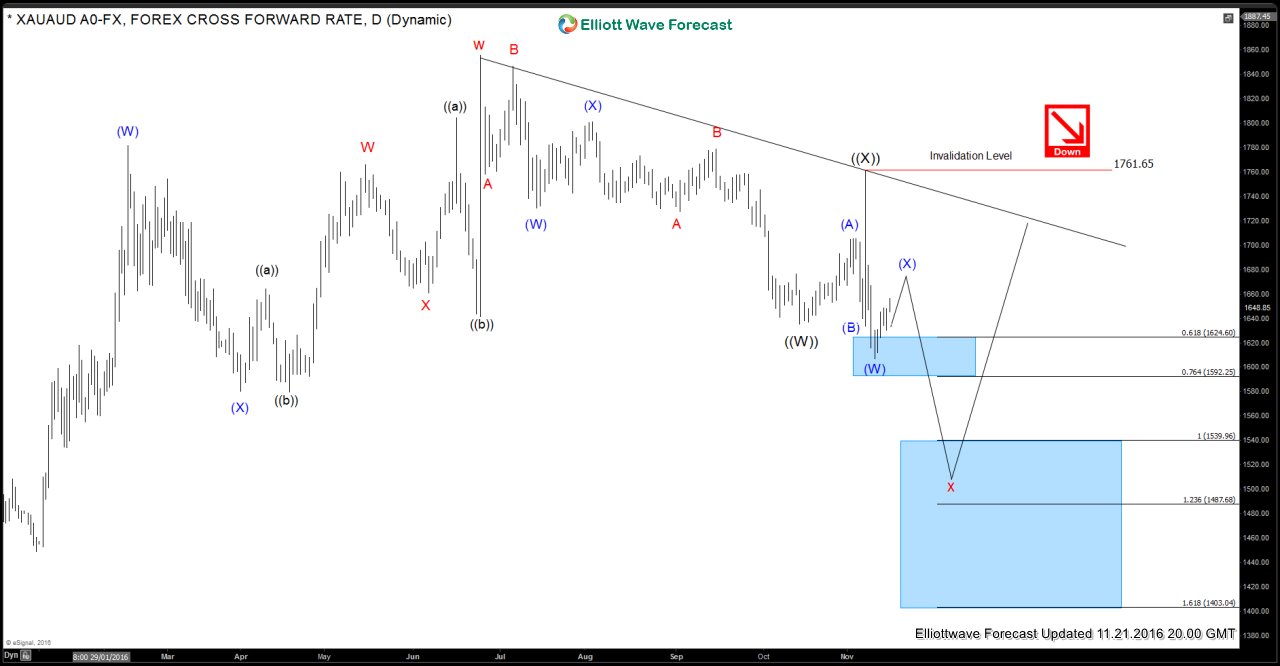 If you liked this Elliott Wave Analysis on Gold (XAUAUD) and would like to learn about views in other commodities like Gold, Silver, Copper, Oil, Natural Gas and 52 instruments in total, sign up for your 14 day Trial