Gold short-term Elliott Wave view suggests that the rally to 4/11 high at 1365.24 ended Minor wave B. Below from there, the decline is unfolding as an impulse Elliott wave structure in Minor wave C of (B) lower. This structure forms a bigger FLAT Elliott Wave structure which starts from 1/25 peak.  Internals of each leg to the downside, i.e. wave ((i)), ((iii)), and ((v)), shows a 5 waves structure subdivision in the lesser degree with extension in the third wave. 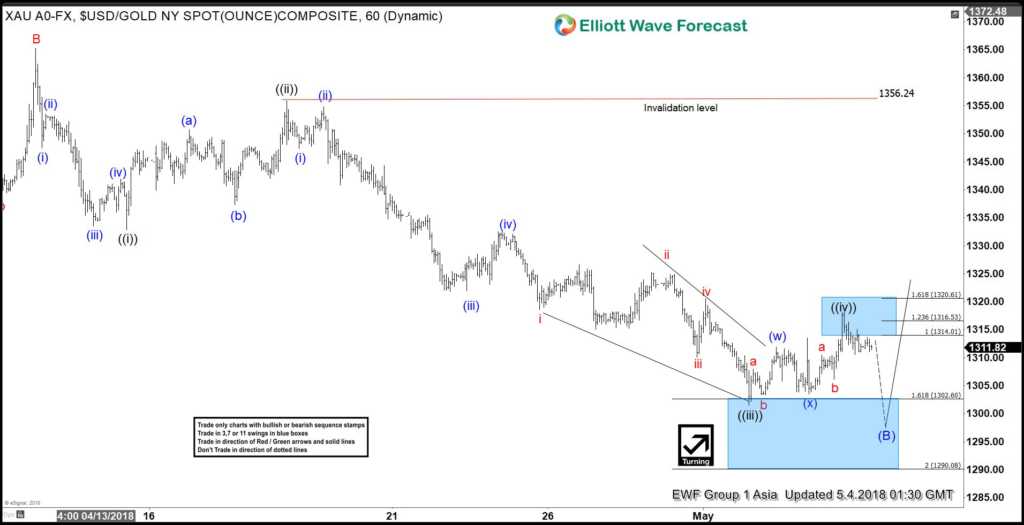