Greetings and salutations fellow traders. In this blog, we examine the recent buying opportunity presented by Coffee.

Looking at the Elliott Wave 1 hour chart from 6/3/2021, we see a rally from $143.85 red wave 2 lows. We anticipated the rally to complete five  wave impulse in the blue degree. As shown in the chart from 6/3/2021, we had 3 swings up, labelled blue waves (i) to (iii). The commodity completed blue wave (iii) at around the $167.00 area. We anticipated a pullback lower in blue wave (iv) to end soon, somewhere within the blue box area. Naturally, we expect blue wave (v) to follow once blue wave (iv) completes.

And up from the red wave 2 lows, each of the blue waves (i) and (iii) subdivided into 5 waves of a smaller degree. We labelled these internal subdividions as red waves i to v.  Blue wave (ii) corrected blue wave (i) in seven swings, or an Elliot Wave double three. We labelled blue wave (ii) internals w-x-y in red.  Within each of the waves red i, iii  and v, we have an even lower degree subdivision. The subdivisions in red i and v would form either an impulse or a diagonal, while wave iii should be an impulse. This is the fractal nature of the  market,  where smaller cycles build up to form larger cycles, which in turn build up even larger cycles or degrees.

Nedless to say, wave (iii) in blue would be followed by a correction lower in blue wave (iv), as per Elliott Wave theory. The fourth wave pullbacks are typically shallow, and usually only retrace less than half of the length of the preceeding third wave. Indeed, down from the blue wave (iii) peak, coffee declined in impulse red wave a. This was followed by a bounce in red wave b. Just like red wave a, wave c unfolded as an impulse too, into the blue box. 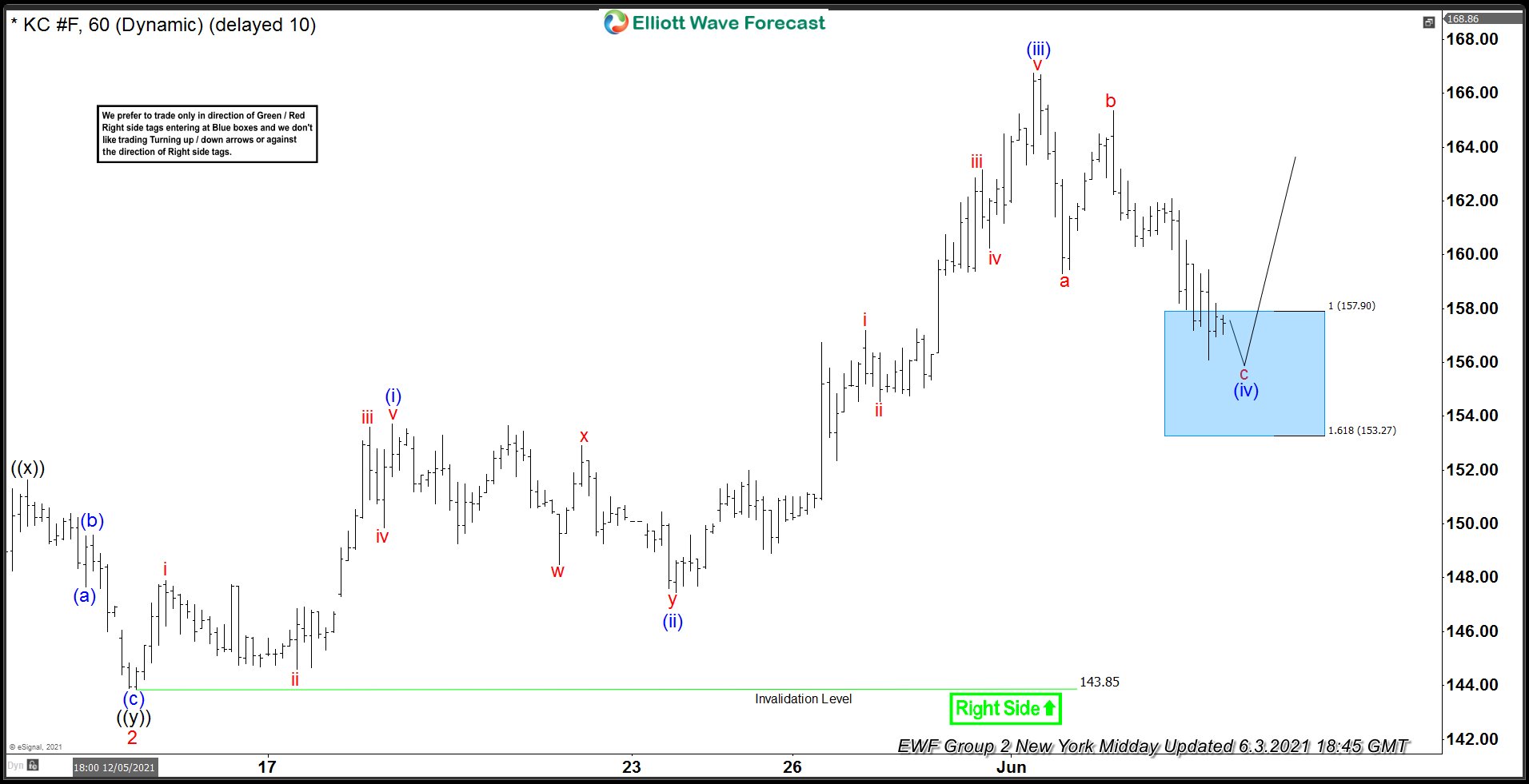 We see a reaction higher from the blue box in the 1 hour chart from 6/4/2021,  New York midday update shown below. Furthermore, long positions from the blue box area were already running risk free. Therefore, we expect the commodity to continue trading higher in blue wave (v). However, we need to see a break above blue wave (iii) peak in order to confirm the next leg higher. As a matter of fact, we expect coffee to extend much higher beyond completion of blue wave (v), as we propose it in red wave 3. Thus,we prefer to buy dips in 3,7 or 11 swings at extreme areas as the right side is upside. 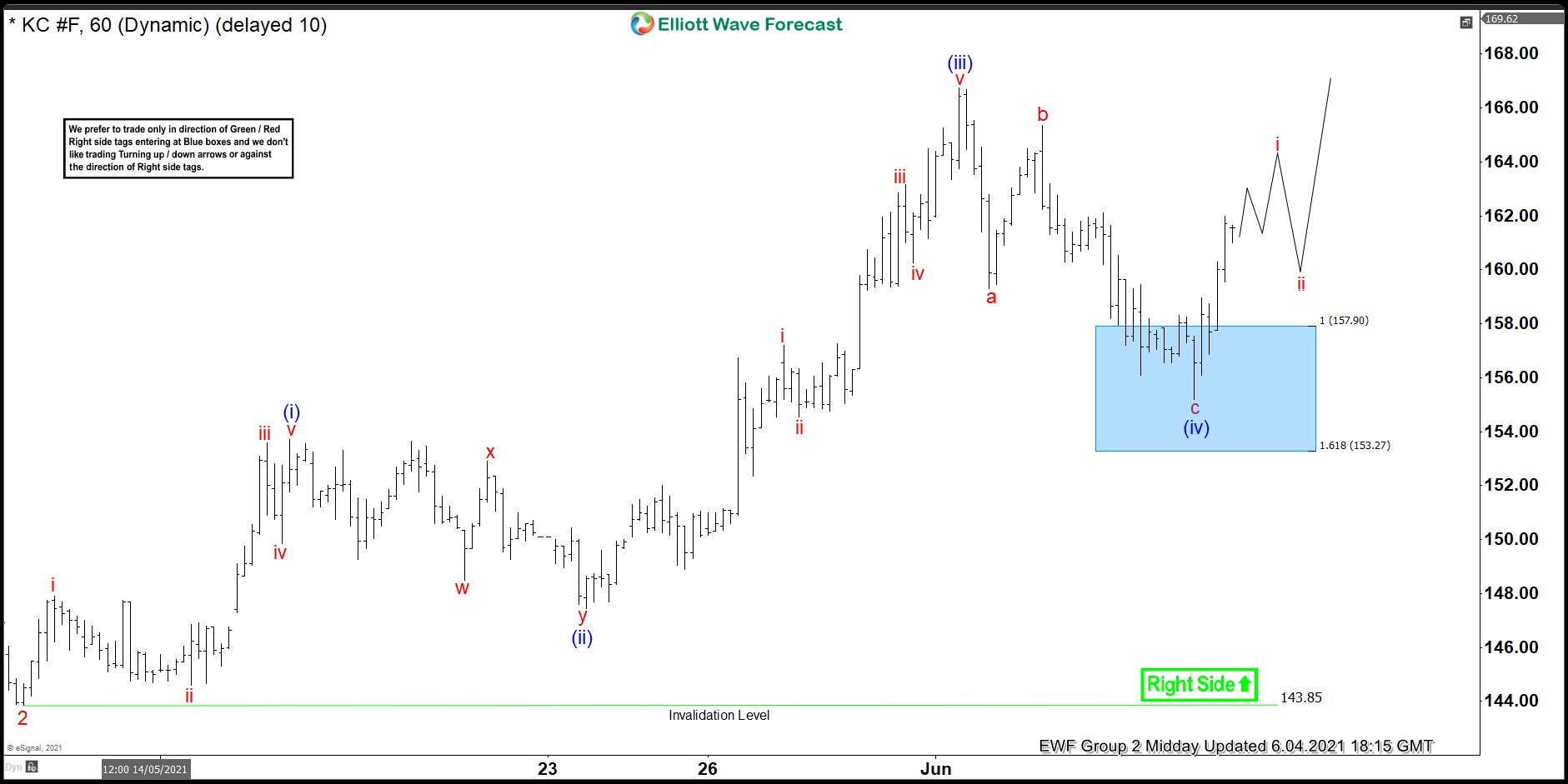 We provide analysis on 78 different instruments across the market, and  more!!!  Join us TODAY on a 14 Day Free Trial Plan!!