OPEC ended its highly anticipated meeting on Vienna last Thursday to discuss about extending the production cut in Crude Oil. They have decided to extend the current agreement to cut production output by 1.8 million barrels per day by 9 more months to stabilize oil price. Oil prices plunged by more than 5 percent after the decision. 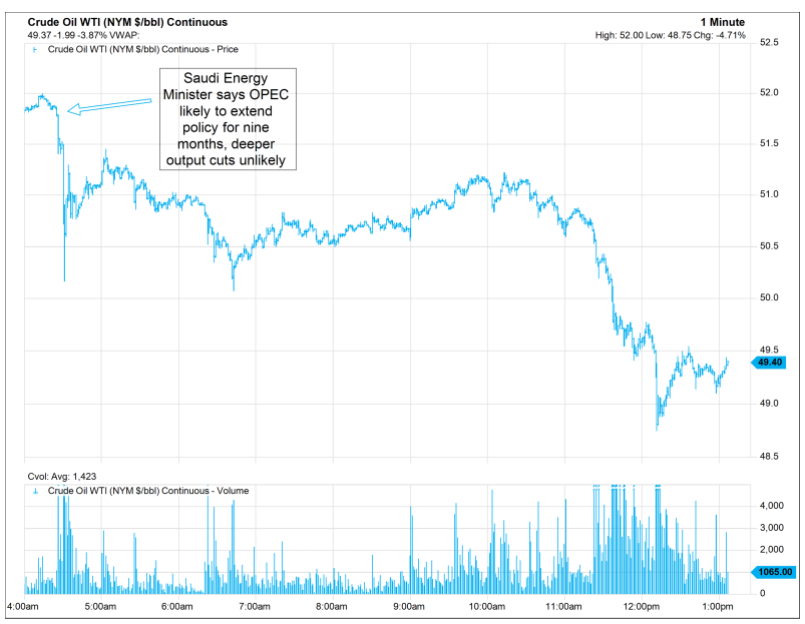 Prior to the meeting, almost all of the oil ministers from OPEC and Non OPEC participants have suggested a 9-month production cut extension. This means that the production cut will run until March 2018. Saudi Arabia and Russia have both verbally consented to the extension even before the meeting began. Since they represent the biggest OPEC and Non-OPEC member, this outcome has largely been priced in by the market.

However, market was anticipating further surprise from the meeting such as a deeper and more aggressive production cut. Investors had hoped for further output cut to drain the global glut which depressed oil’s price for almost three years. As the decision outcome only meets the market expectation, disappointed investors ran for an exit following the meeting.

Despite the short term knee-jerk reaction, typical of “buy rumors, sell the facts”, the outlook on Oil prices remain constructive in longer term. The production cuts should help accelerate inventories draw down for the remainder of the year and could set a new floor for Crude Oil price. OPEC also discussed extending the production cuts through June 2018 if the price of Oil keeps falling. Their decision will be reviewed near the end of the nine-month extension.

The Joint Ministerial Monitoring Committee (JMMC) which was established last December to watch the compliance of the production cut, said that OPEC and NOPEC compliance exceeded expectation at 102%. Saudi Arabia has cut production by 553,000 barrels per day, which is 14% higher than their commitment. Due to the budget deficit, Saudi Arabia as the largest member appears committed to stabilizing Oil price. This is contrary to their previous strategy of flooding the market with Oil to drive out U.S. shale companies. With OPEC members determined to support Oil’s price, a higher price floor above Feb 2016 low ($26.05) has likely been established. There are two possible buying areas for Crude Oil’s dip buyers. 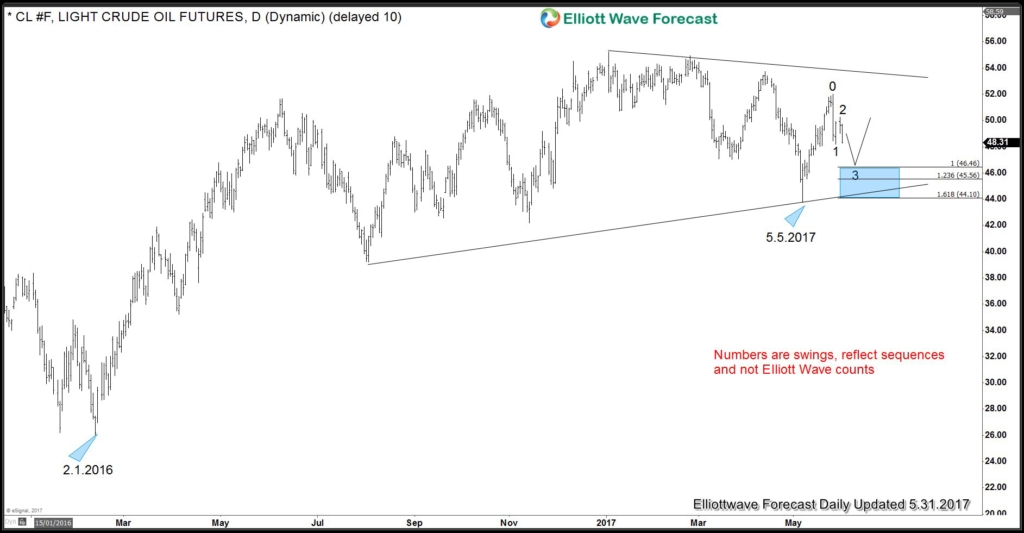 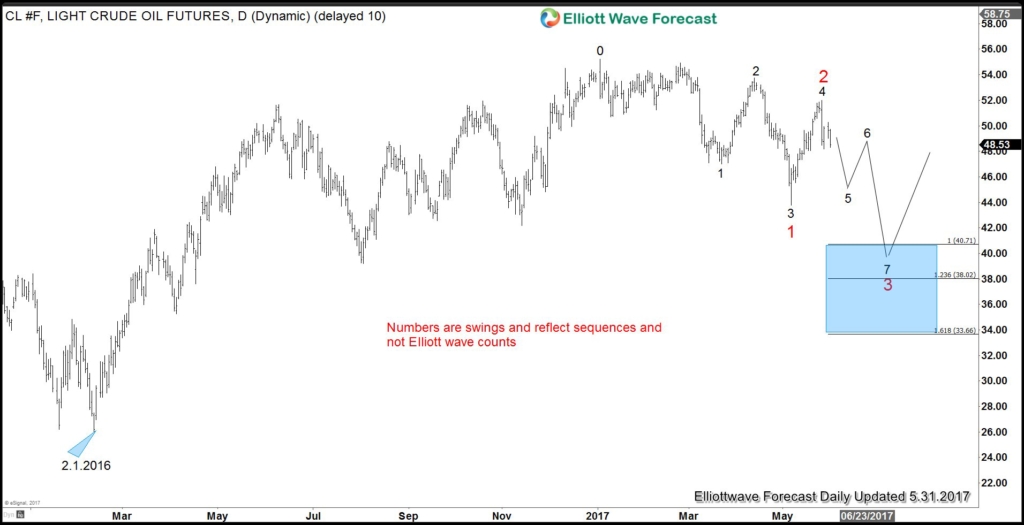