Alternatively, the rally from 10/19 low (12903) can also be unfolding as a flat Elliott Wave structure. In this alternate scenario, DAX can start to correct cycle from 10/19 low now in 3, 7, or 11 swing without making another push higher in Minute wave ((v)). However, regardless whether DAX makes another leg higher or not, we expect Index to remain supported and dips remain to be bought in 3, 7, or 11 swing as far as pivot at 12903 stays intact. 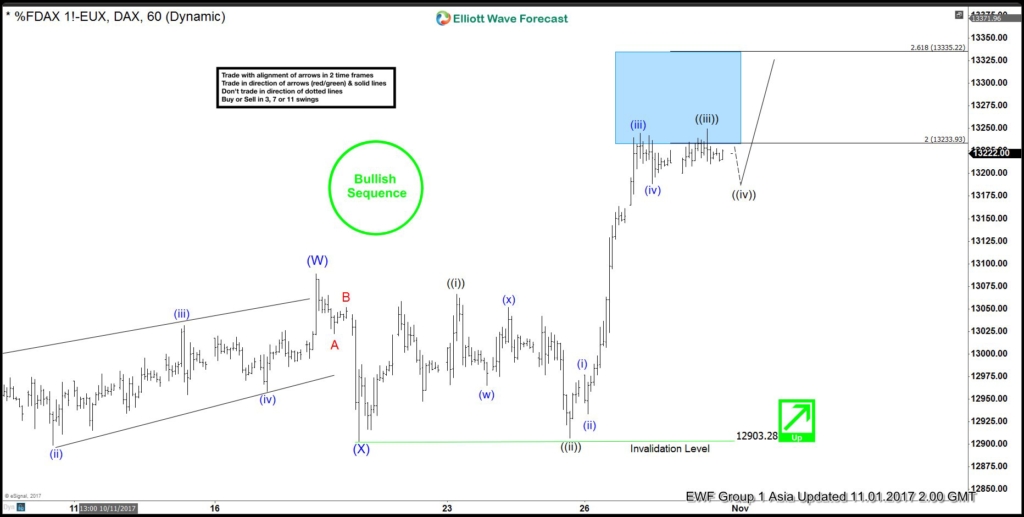