In this blog, we will take a look at Gold charts against US Dollar, AUD and GBP. Back in June 2017, we mentioned that XAUAUD should hold the low at December 2016 and turn higher. It did hold December 2016 lows and turned higher as expected. It has now reached the initial target at 1755 but cycle from July 2017 low appears to be incomplete still so we would take a look at two different cycles in XAUAUD and also take a look at a possibly extreme buying opportunity in Gold against GBP. 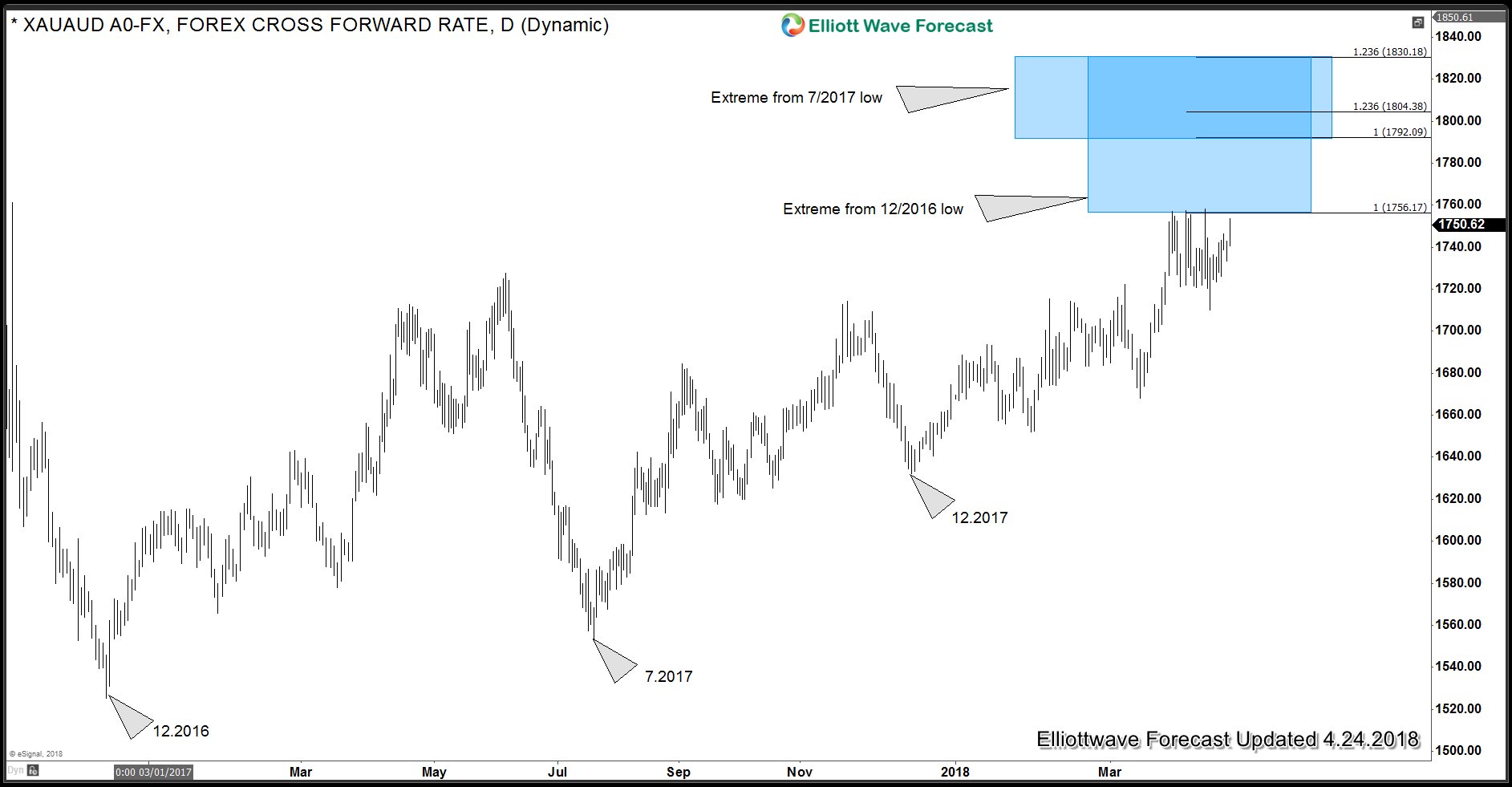 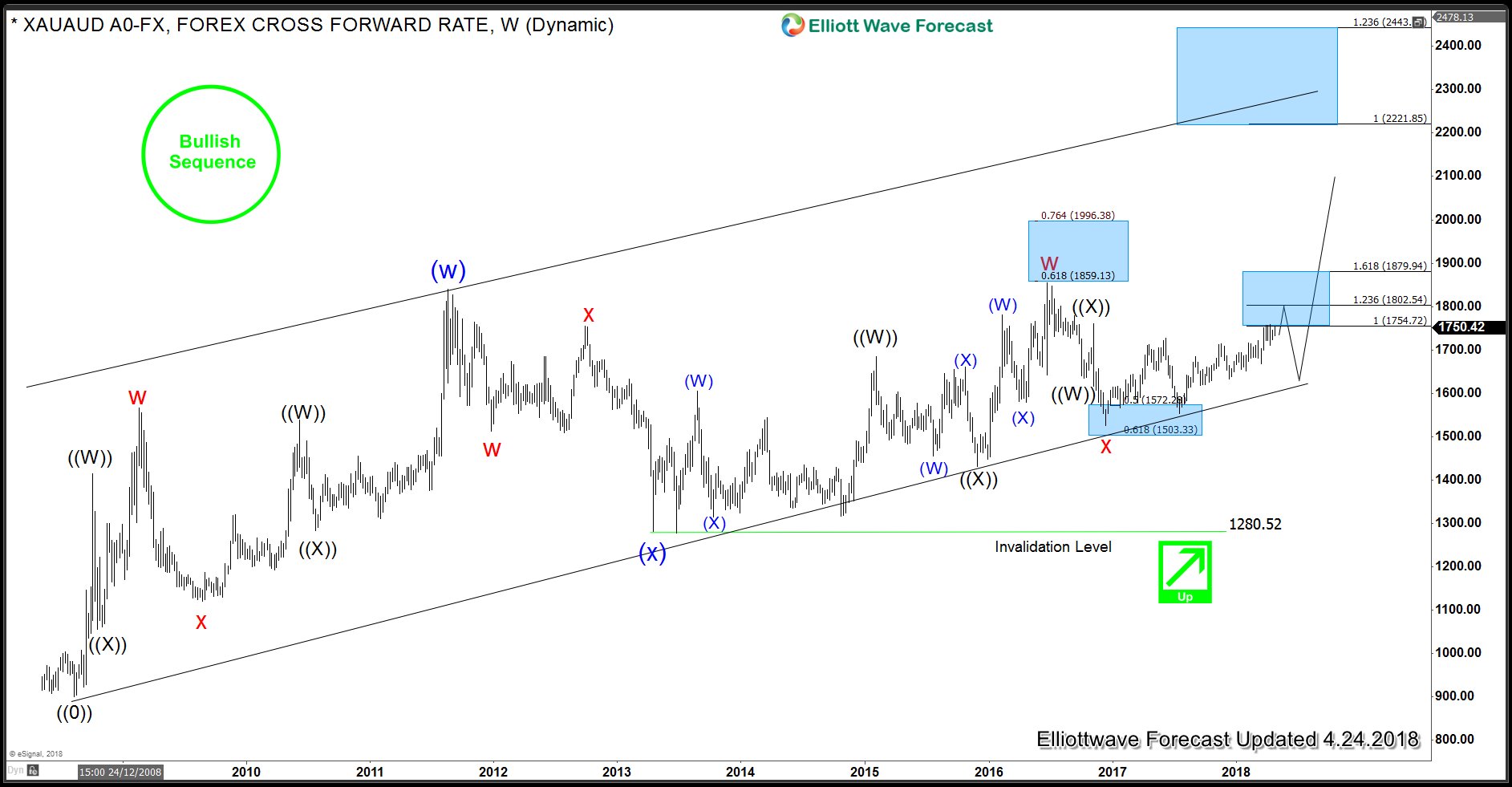 XAUAUD Weekly chart showing 5 swings up from 8.2008 low which is an incomplete bullish sequence and as dips hold above 12.2016 low (red x), we should see rally extending to new highs towards 2221 – 2443 area. As the chart shows, currently we are at an extreme area from 12.2016 low so we don’t like the idea of initiating new longs here or selling the instrument. Once current cycle is over, we would expect buyers to appear again in the dips in the sequence of 3, 7 or 11 swings. 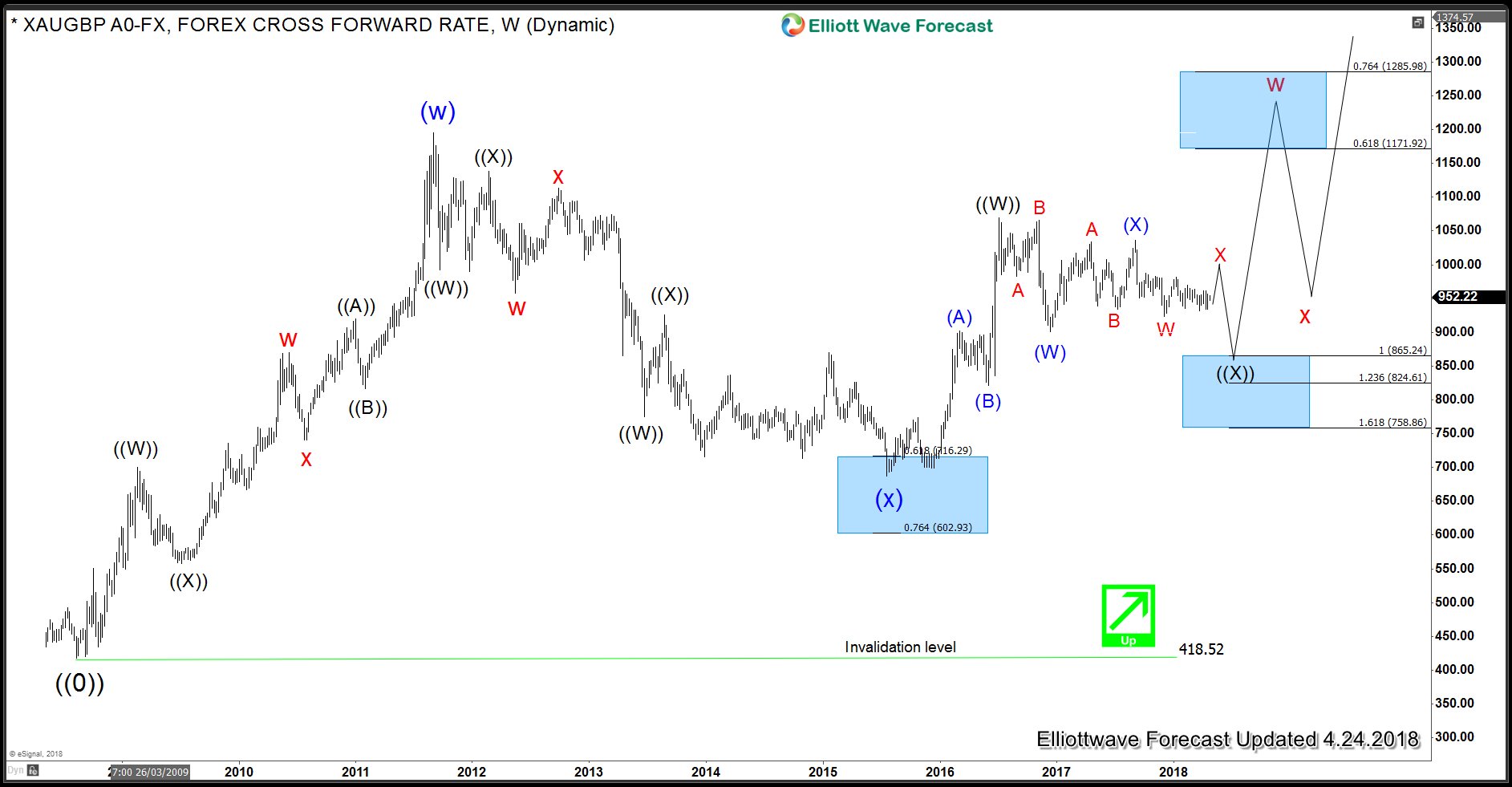