According to Elliott wave theory, at the end of 5 waves, we should see a 3 waves reaction in the opposite direction which in this case should be to the upside, so once 5 waves down i.e wave  A is complete, we should expect a bounce in wave B which should again unfold in a corrective manner in the sequence of 3-7-11 swings followed by C wave lower. Wave C could be an impulse or could be an Ending Diagonal. If 5 waves decline is part of a FLAT from 2/21 (22196) peak, Nikkei can rally to new highs after completing 5 waves decline but we would consider that possibility only if the pivot at 22515 high gives up during the bounce in our distribution system, until then we would favor the bounce in wave B to fail in 3-7-11 swings for an extension lower in wave C. 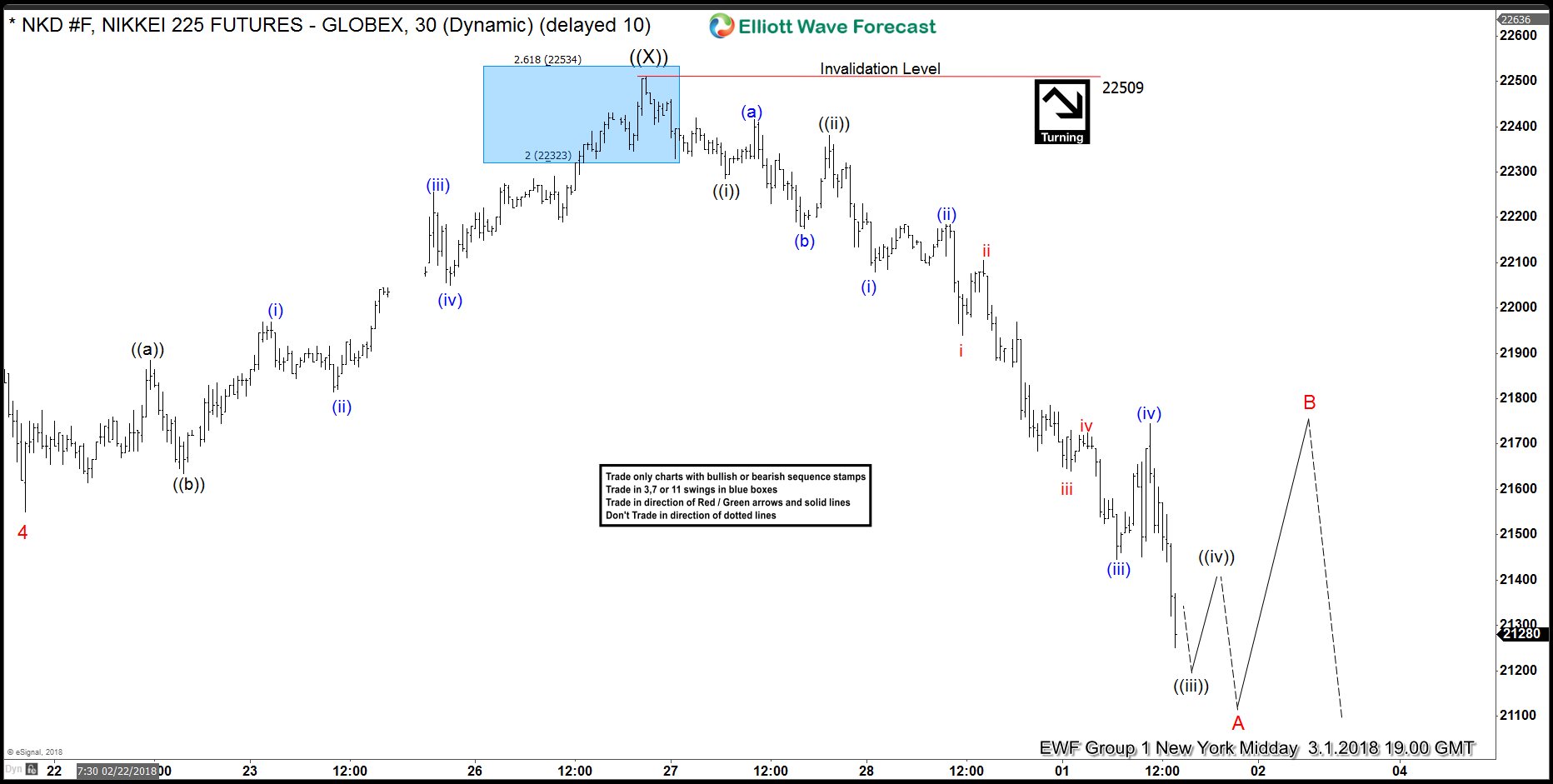