Platinum is a metal which is used in jewelry, decoration and dental work. The metal and its alloys are also used for electrical contacts, fine resistance wires and medical / laboratory instruments. An alloy of platinum and cobalt is used to produce strong permanent magnets (chemicool.com). Other uses of the metal include cancer drugs, use in car airbags, personal hygiene and make up products, as a catalyst in hydrogen-powered fuel cell electric vehicles (FCEVs) and power generation. Today, we will take a look at long-term Elliott Wave Analysis and forecast of Platinum futures. 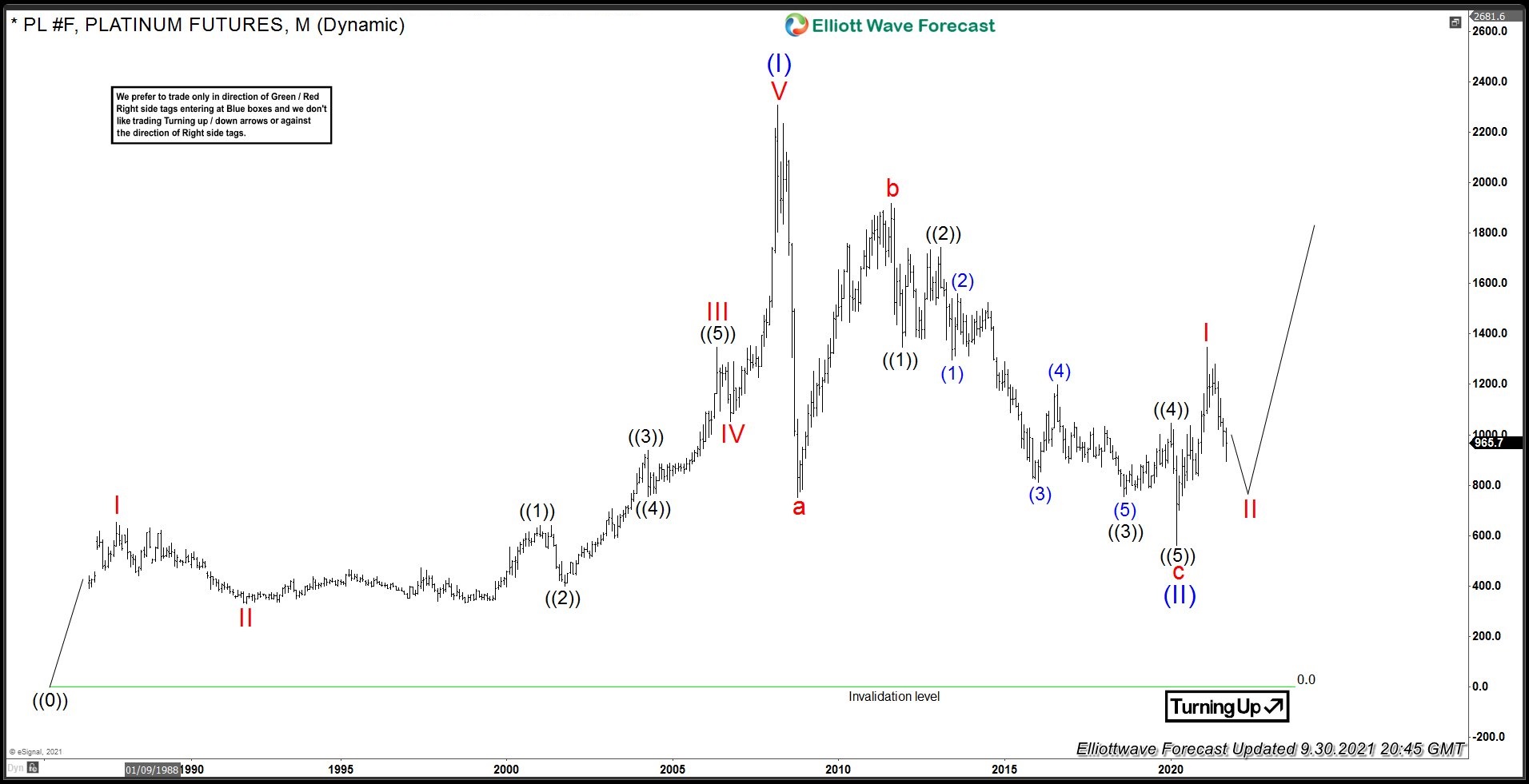 Chart below shows Elliott wave structure of the rally from March 2020 low. As the chart shows rally can be counted in 5 waves and completed at $1348.2 in February 2021. This has been labelled as wave I of (III). Since then it has been in a pull back and is currently showing 5 swings down within the pull back. While below $1011 and more importantly below $1145.2, expectations are for another swing lower towards $812.9 – $606.5 to complete 7 swings corrective pull back in wave II. As cycle from March 2008 peak has ended so our strategy remains to look for buying opportunities in the pull backs as far as prices stay above $562 low. Alternate view suggests, wave II pull back ended already at $892.6 and next leg higher has started. A break above $1011 will make the alternate view more likely to play out. 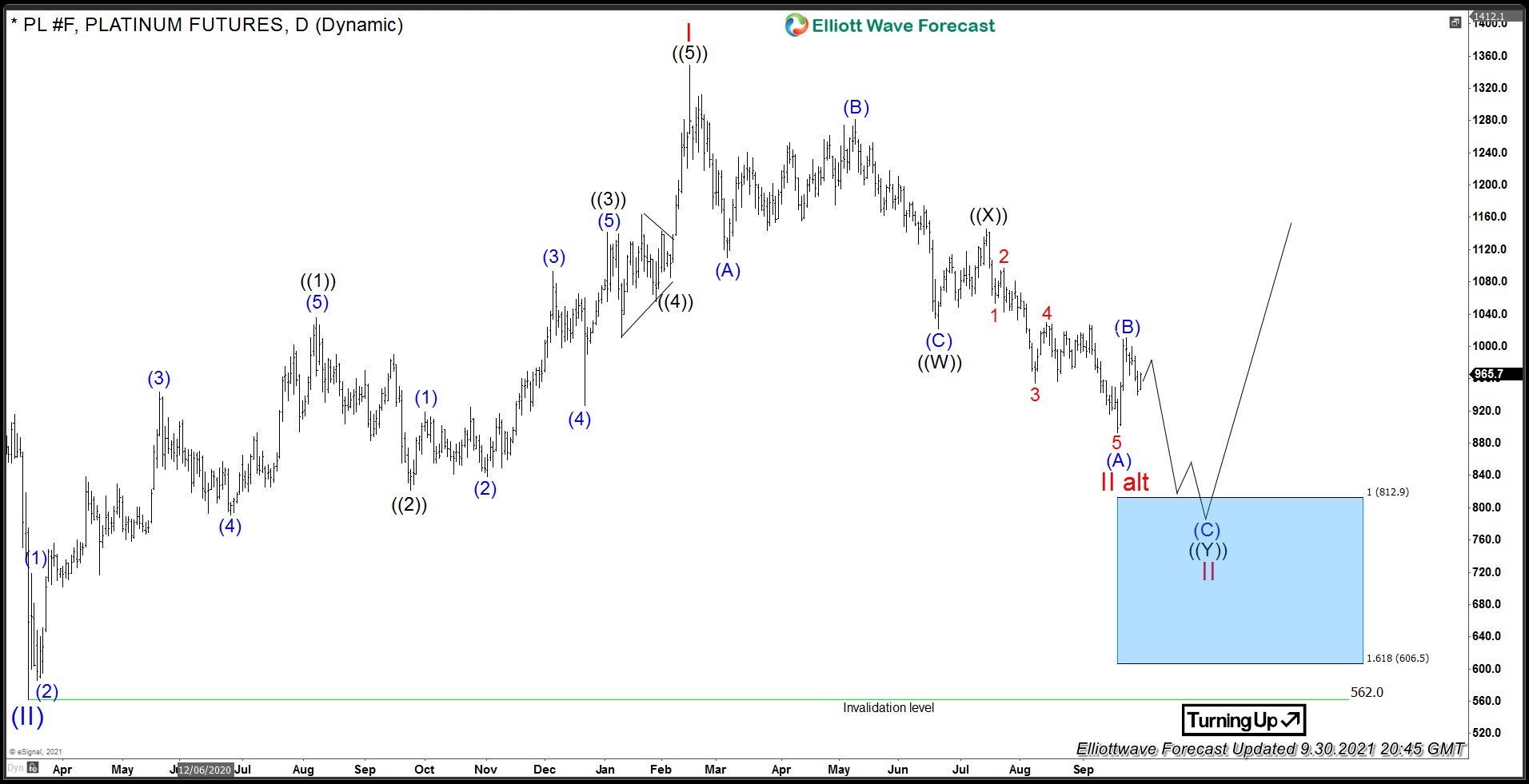